As a religious abuse survivor, this is my message to Baptist pastors

I shrank into the pew, wincing every time the preacher behind the pulpit raised his voice. I was just a child, terrified that I was evil and a sinner beyond redemption.

At 7 years of age, I converted and believed with my whole heart in a God who was depicted as hateful even though I was told this God was loving. Every Sunday and midweek service I attended faithfully, I left with a mental beatdown by the preachers in the pulpit. I felt defeated, depressed and discouraged. It would take me years to realize that simply by showing up to sit in a pew each church service, I would walk away with Post Traumatic Stress Disorder. 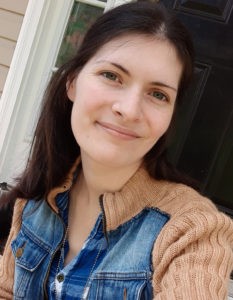 The church was at the center of my traumatic childhood and young adulthood. It was the church that triggered nightmares I still can experience nearly a decade after leaving those pews. This is religious abuse, and it is as valid as any other form of trauma.

If you would have asked me growing up what my beliefs were, I would have said Christian. Then, I’d say Baptist. And then be corrected, that no, not just Baptist, but independent fundamental Baptist.

I was born and raised in a strict sect of Christian fundamentalism with ties to the Baptist faith. I was separated from most of the world, had “standards” I had to adhere to and was isolated from any normalness. This all — along with the religious, sexual, physical and emotional abuse I experienced — really damaged my mental health. Sadly, I’m not alone in this. Thousands have survived the group that harmed me.

But religious abuse is not reserved solely for the independent fundamental Baptist movement. It is everywhere, in every denomination, and its reach has derailed and even destroyed the lives of its believers. The trauma is real, and the repercussions are felt every day by those who were victimized by religious abuse.

I can feel my stomach turn into knots, my head feels dizzy, and I am breaking out in a cold sweat. I stepped through the doors of my first church in almost seven years and I’m instantly bombarded with a flashback. I feel stuck, locked in a church building all over again, but I’m not. I showed up this day to pay my respects to a family friend who passed.

I’m just a guest; I’m not chained to a pew or to a preacher who has hurt me spiritually. I’m not that “worthless” child who was taught she was unworthy of love. I’m not the “damned” like the congregation I left said I’d be by fleeing my past faith community. To the contrary, I’m 28, healing and thriving. But I have PTSD from my time as a Christian.

Religious abuse has forever changed my life. It has damaged my trust, my ability to experience a safe faith, and my mental health. In spite of this, overcoming this form of trauma has shown me what love is and is not, what good — good that I have created — can come out of bad situations, and it has given me compassion toward those who are also suffering from religious abuse. Through lots of work on my part and secular therapy, I’m happy today.

“The one thing I so desperately needed after escaping religious abuse was caring, safe and understanding clergy to turn to.”

The one thing I so desperately needed after escaping religious abuse was caring, safe and understanding clergy to turn to. I craved that sense of myself I lost but was too scared and triggered to reach out to a person of faith.

It was religious leaders who had failed me as a child, who had contributed to the damage my brain walked away with upon leaving my former church of 15 years. So, instead, I traveled alone most often and grieved as that spiritual side of me also died. I felt that religious trauma had robbed me of religion, period.

It’s imperative that pastors and faith leaders are educated on what religious trauma is and how they can help their congregants who are suffering from it.

It starts with a bit of soul searching and seeing if anything they say or do could harm their people. Pastors, ask yourselves if the message you are about to deliver to your congregants will help them, heal old wounds and promote free will and respect. Will it make them feel that they are undeserving of love or worthless? Talk to them as you would your child: lovingly, kindly and with understanding. Be a part of supporting victims of religious abuse and not creating them.

“Pastors, ask yourselves if the message you are about to deliver to your congregants will help them, heal old wounds and promote free will and respect.”

Second, know what signs to look for when it comes to PTSD due to religious abuse. This can look like many things, but inevitably there often is a religious component to any trauma response. For example, some congregants may feel overwhelmed during a service, may get up and leave altogether. Often, victims may break down into tears at simple discussions that feel like conflict with authority figures. They may even struggle when hearing certain religious references or are nervous around Scripture. This isn’t some spiritual failing on their part; this is PTSD.

For women who have experienced religious abuse, the trauma may be in their inability to be assertive toward men and to speak up for themselves if disrespected after years of harmful conditioning that led to sexual abuse as well. The reach of religious abuse impacts every area of a victim’s life and can appear uniquely to each individual.

Third, it is vital that we recognize PTSD due to religious abuse for what it is and that it is a mental health issue. Pastors must understand that what those suffering need most is certified and trained mental health professionals to help them. Reminding your congregants that seeking secular help for mental health is not a sin or some failure on their part is so, so important. Offering them resources by certified trauma therapists is invaluable and could save their lives, as religious abuse victims are at a higher risk of suicide.

Often, victims experience fear that was ingrained into them by abusive leaders and will not seek help when they are mentally spiraling. Abusive pastors may have told them that by seeking help for their mental health, they would be committing a sin or face eternal damnation.

“Abusive pastors may have told them that by seeking help for their mental health, they would be committing a sin or face eternal damnation.”

Supporting victims of religious abuse should be part of your mission as a pastor.

My journey healing from religious abuse has taken me places I’ve never dreamed of. I’ve talked with countless survivors just like me from all walks of life and faiths. I’ve talked to family and friends of victims who are struggling begging for advice on how to support their loved ones. Today, I volunteer with a nonprofit who helps victims of religious abuse. Since I’ve been there and walked in those shoes, I personally understand the specific helplessness that often accompanies trauma. I want victims to know the fight doesn’t end there. There is hope and healing after religious abuse.

It takes advocates, survivors, mental health professionals, clergy and people of faith to bind up the wounds of those harmed by religious trauma. It takes safe churches with safe pews for the weary at heart. And it takes compassion and true Christian love free of judgment, restrictions and fear to offer to those who are religious abuse survivors like me.

My only question for you is, will you be that person?

Lydia Joy Launderville is a freelance writer in Ivor, Va., who covers an array of topics, including health and lifestyle, with a special focus on religious abuse and trauma recovery. She also volunteers for a nonprofit helping victims of religious abuse.