i
President George W. Bush declares the end of major combat in Iraq as he speaks aboard the aircraft carrier USS Abraham Lincoln off the California coast, on May 1, 2003. (AP Photo/J. Scott Applewhite)

Afghanistan and America: Bloodlust and the failure of prophetic imagination

i
President George W. Bush declares the end of major combat in Iraq as he speaks aboard the aircraft carrier USS Abraham Lincoln off the California coast, on May 1, 2003. (AP Photo/J. Scott Applewhite)

It is hard to be dispassionate when people have died fighting for a cause. Objectivity seems especially hard when it comes to the outcome after 20 years of United States-led war in Afghanistan. 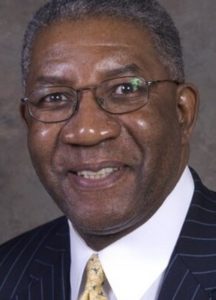 The “war on terror” began in Afghanistan because that was where Osama Bin Laden lived. Bin Laden finally was found in Pakistan and killed in 2011, 10 years after the Taliban regime that governed Afghanistan was defeated by U.S. forces at the end of 2001.

For the next 20 years, Taliban fighters matched wits and tactics while waging guerilla warfare against a multi-national military force led by the U.S. that was better equipped, had more personnel and was better financed. In total, 2,448 U.S. service members have died. Tens of thousands more were injured. The U.S. spent more than $2.26 trillion — including more than $500 billion for interest — for the military effort in Afghanistan and neighboring Pakistan since 2001.

The result of those sacrifices is more than disappointing to U.S. families who lost loved ones, to veterans who lost comrades, to veterans who are permanently maimed and scarred in ways that only war can cause, and to people who care for them. The sorrow and anguish felt by men, women and children in Afghanistan who hoped the U.S.-led war would defeat the Taliban goes beyond disappointment. For those persons, the outcome of the war in Afghanistan is so heartbreaking that we will never have enough money and words to tally and talk about it.

Yet, the war in Afghanistan reminds us that those who do not learn from past mistakes are likely to repeat them. Years ago, scholar Akhilesh Pillalamarri wrote that Afghanistan has long been known as the graveyard of empires. Nevertheless, the U.S. repeated the respective mistakes of the British and Soviet empires in the 19th and 20th centuries by invading and trying to occupy the country.

“Afghanistan never was our society to rule, let alone transform into an inclusive liberal democracy.”

In doing so, U.S. political and military leaders disregarded other truths. Despite U.S. outrage about the 9/11 terrorist attacks and determination to seek revenge on Osama Bin Laden and the Al Qaeda network that operated from Afghanistan, Afghanistan never was our society to rule, let alone transform into an inclusive liberal democracy. Foreign troops and weapons never would outlast Afghan mores, customs, history, ancestral warrior pride and centuries of refusal to be ruled by foreign invaders, especially when the invaders propped up corrupt and incompetent indigenous rulers and Afghan military personnel who would not fight for the future of their society even with overwhelming military, logistical and diplomatic advantages.

A combination of bloodlust, Western hubris, white supremacy and racism, conservative Christian nationalist imperialism, and capitalist greed also must be admitted. The monetary cost of wars always produces wealth for people who profit in supplying weapons and war materiel.

For these reasons, it was not enough to invade Afghanistan in 2001.

It was not enough to chase Bin Laden from Afghanistan.

It was not enough to displace the Taliban from political power 20 years ago.

It was not enough to eventually find and kill Bin Laden in 2011.

It was not enough to capture, kill, torture and hold his lieutenants indefinitely in Guantanamo and other sites around the world, but never in the United States.

No matter how many troops were deployed, how many drone missions were flown, and how many U.S. military personnel were killed and wounded, bloodlust, cultural incompetence, disregard for military and political history, hubris, white supremacy and racism, Christian national imperialism, capitalist greed and national pride transformed the 2001 invasion of Afghanistan into a 20-year fiasco that bedeviled the presidencies of George W. Bush, Barack Obama, Donald Trump and Joe Biden.

“Religious leaders did not warn the nation about the moral and mortal dangers of bloodlust.”

Religious leaders did not warn the nation about the moral and mortal dangers of bloodlust. Some religious leaders even blessed the bloodlust even as they offered pastoral support to grieving families and to people maimed and scarred by the physical, emotional, social and spiritual wounds of warfare.

Religious leaders cannot blame the Central Intelligence Agency, State Department, Pentagon and political parties for failure to discern and denounce the patriarchy, misogyny and militarism that drove so-called Christian evangelical conservatives to champion war in Afghanistan a decade after Bin Laden was killed. Meanwhile, the same Christian evangelical conservatives railed against the Taliban and other Muslim extremists. Prophetic discernment should have led more clergy in the United States to know and declare that these forces are merely different sides of the same hateful faith coin.

That failure also disregarded the example of clergy who challenged the war in Vietnam three decades before 2001. Over the course of 20 years, religious leaders in the U.S. did not challenge public thinking about the war in Afghanistan the way Clergy and Laity Concerned About Vietnam challenged the public 50 years ago. Religious leaders refused to follow the prophetic examples of William Sloan Coffin, Martin Luther King Jr., Father Theodore Hesburgh, and Rabbi Abraham Joshua Heschel in calling on political, military and opinion leaders to ponder the tragic mistakes that were being made in Afghanistan.

“The failure of prophetic discernment and activity concerning the war in Afghanistan did not honor the tradition of the Hebrew prophets.”

Instead, Billy Graham, Jerry Falwell, Pat Robertson, Tony Perkins, Phyllis Schlafly, Richard Land, Robert Jeffress, Paige Patterson, James Dobson and Franklin Graham were considered by journalists, including religious writers, as exemplars of strong religious leadership. Meanwhile, the same journalists — including religious writers — dismissed Jeremiah Wright Jr., Jim Wallis and Congresswoman Barbara Lee of Oakland, Calif. (and Allen Temple Baptist Church), who cast the only vote in the U.S. House of Representatives against the Authorization of Military Force in Afghanistan that set the stage for what became known as the Forever War. To make matters worse, U.S. religious leaders and congregations courted Hillary Clinton, Barack Obama and other politicians and distanced themselves from Wright, Wallis and Lee.

Somehow, religious leaders lost the moral, spiritual and ethical ability to understand that times of societal turmoil — such as during a war — demand that we not only function as pastors and priests, but that we also discharge the duties of prophets.

Other realities are more sobering, if not chilling.

Many religious leaders cringe — like cowards — at the thought of being prophetic.

Too many religious leaders — clergy and laity — are more committed to being comfortable than conscientious about love, justice and peace.

Too many religious leaders equate love of empire with love for God.

Too many religious leaders love empire more than God.

The failure of prophetic discernment and activity concerning the war in Afghanistan was more than disappointing.

One wonders whether faithful people in the U.S. can learn from these realities. If not, the tragic outcome of the war in Afghanistan will not only disappoint and haunt the nation.

It will doom it.