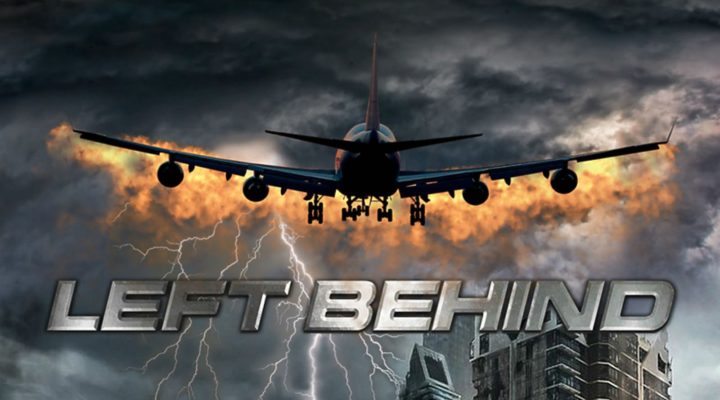 If nothing else, the best selling Left Behind series, first published in 1995, was well-timed. The entire culture was preoccupied with big endings and scary changes: the Clinton administration was coming to a close, the Dot-com bubble was nearing its burst, and the 20th century was giving way to the 21st.

“As we got closer to the year 2000, there was the Y2K bug, the world was going to end and ATMs, our computers, our lives and our mortgages would all go to pot,” says Baptist pastor, author and speaker Alan Rudnick.

No wonder that the 16 fictional books penned by Tim LaHaye, who died Monday at age 90, and Jerry Jenkins enjoyed a far wider readership than the End Times-focused Christians who already shared the series’ dispensationalist, pretribulation, premillennial and eschatological theologies.

“There was a lot of cultural change and pessimism and foreboding toward the year 2000 and the Left Behind series tapped into that,” says Rudnick, who was in high school when the first novel was published.

But the novels, and LaHaye, initially achieved epic status among many Christians, especially among evangelicals open to interpretations of the New Testament’s Book of Revelation and other apocalyptic biblical texts. The novels wove anticipations of the end of the world into characters and situations occurring after God’s faithful had been raptured to heaven, leaving behind the unfaithful remnant.

LaHaye was well known for his beliefs in prophecy and he was a behind-the-scenes force in the creation of the Moral Majority and other conservative political causes, Religion News Service reported.

LaHaye was a proponent of dispensationalism, which is a belief in a predetermined historical progression of events that are revealed in the Bible.

Believers in that system made up the core readership of the Left Behind series, Rudnick said.

“It says ‘I know when the End Times is going to be because of this event in the newspaper and these scriptures in the Bible,’” he said.

The glaring flaw of such interpretations is they ignore Christ’s teachings that they are to love and minister to others, here and now, instead of getting lost in prophesies.

They also ignore Jesus’ statement that no one knows the time of his second coming.

“The purpose of God’s word is not a hidden message to decipher, but for us to know … our story as God’s people and the story of the good news and how God has come to redeem us,” Rudnick said.

“Jesus spoke more about the poor and injustice than end times,” he said. “Dispensationalism ignores the basis of Jesus’ ministry.”

But Eric Minton knew nothing about that when the series first appeared, and he was 10.

Minton said many in his Baptist family and church were swept up in the Left Behind drama, which contributed to a fear of abandonment in him.

“I had so much anxiety about God leaving me behind,” said Minton, a Knoxville, Tenn.-based Baptist minister studying to become a marriage and family therapist.

Being at home alone sometimes convinced him the novels’ predictions had come true.

“I thought all my family members had been raptured and God doesn’t love me,” he said. Minton said he recognizes that the series stoked such fears across the culture and in turn was fueled by the anxiety it helped create.

It’s comparable to the anti-Trump rhetoric Minton said he sees on Facebook nowadays.

“There is kind of a mass hysteria that progressives have about the rise of Donald Trump,” he said. “It’s reaching apocalyptic fervor.”

Even non-church-going Millennials can be caught up in it.

“Fear-based rhetoric is always captivating no matter what generation you’re from,” he said.

While the actual outcome of current events is unknown, ministers can work against such societal fear by practicing calm before their congregations.

“What we need from pastors is to … go up to the microphone as a non-anxious presence,” Minton said.

Failing to do so perpetuates hysteria and creates an “unhealthy religion.” It also ignores a powerful example of calm.

“God is the most non-anxious force the world has ever known,” he said.