A Missouri religious liberty bill passed last month by the state Senate after a 39-hour filibuster once again kept lawmakers up late at night, when a five hour debate April 13 in the Missouri House of Representatives ended after midnight without a vote.

Civil-rights groups and business owners oppose the measure, saying it gives people an excuse to discriminate against certain individuals by appealing to religion. 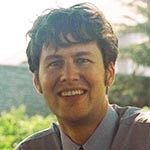 In testimony earlier this week before a House committee, Brian Kaylor, a representative of Churchnet, a more progressive network of Missouri Baptist churches, urged lawmakers to defeat the measure because of, and not despite of, religious liberty concerns.

Furthermore, Kaylor said, “religious liberty should be a shield, not a sword.”

“SJR 39 is a sword against same-sex couples,” he said. “Using religious liberty to sanction discrimination against minorities runs counter to the very spirit of such protections.”

“Too many voices today attempt to elevate one clause over the other,” he said. “Some even seem to think their free exercise is harmed unless they are allowed to establish their religion. But the First Amendment requires balance between no establishment and free exercise.”

“My faith teaches me to ‘love thy neighbor,’ so I do not support discrimination in the name of religious liberty or otherwise,” Kaylor told Missouri lawmakers. “If you wish to advance religious liberty, and I hope you do, then I urge you to vote against this bad bill. Religious liberty remains too important to be perverted into a discriminatory weapon.”