i
LaTonya McIver Penny is the lead pastor of a Missionary Baptist Church in North Carolina. (Photo/Courtesy of LaTonya Penny)
Featured

i
LaTonya McIver Penny is the lead pastor of a Missionary Baptist Church in North Carolina. (Photo/Courtesy of LaTonya Penny)
Featured

But this minister’s calendar goes above and beyond busy.

In addition to leading New Mount Zion Missionary Baptist Church in Roxboro, N.C., and all that entails, Penny is a mother of two and runs a non-profit advocating for the respectful and compassionate treatment of children with disabilities in churches. 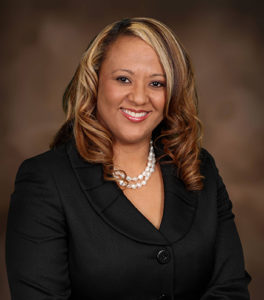 “The deficiency in many churches is they don’t know what to do with children who are different,” she said.

Penny also is a bi-vocational minister, overseeing the day-to-day operations of a local domestic violence agency and shelter.

“That also is a calling. It is a ministry,” she said.

And like other women pastors, Penny confronted her share of opposition from those who say females should not be pastors.

Penny spared a few minutes between a hastily eaten Chick-fil-A lunch and her next appointment to share her experiences with Baptist News Global.

Was church a big part of your life growing up?

Yes, very much so. I grew up in a small church, Mill Hill Baptist Church in Leasburg, N.C. It was a good old Missionary Baptist church. And it was foundational to me. I was in church every Sunday. That is part of what we did as a family.

When did you hear a calling to ministry?

I knew when I was younger, in my teen years, but it was something that I couldn’t put my finger on. … When I was 21, I realized I was called into ministry.

What kind of guidance did you get from other ministers at the time?

When I went to my particular pastor, I was directed that women just don’t preach. Others said maybe I was called into education or called to teach. I got a master’s in education because I was misdirected. I enjoyed it, but it wasn’t my calling. I knew it was preaching.

When were you ordained?

I was licensed in ministry in 2009. That was before ordination. …. When I was at Wake Forest [School of Divinity], I changed my membership to Metropolitan Missionary Baptist Church in Winston-Salem where I got solid biblical teaching and was taught that women could be pastors. … When I sat before the ordination council in December 2014, it was a Friday. I was ordained that Saturday, and I became the pastor on Sunday at New Mount Zion, where I am now. And it was my birthday that Monday. I had quite a busy weekend. LaTonya McIver Penny was the first black woman called to a pulpit in Roxboro, N.C. (Photo/Courtesy of LaTonya Penny)

How did you feel when you were told women couldn’t preach?

I was confused. I knew God was calling me to ministry and to preach and to teach; however, I had never witnessed a woman preach before. As I was getting my masters in teaching … I finally saw a woman preaching. She was a senior pastor, and she was amazing.

Have you experienced any pushback being a female pastor from your congregation or the local community?

For my congregation, it is a badge of honor. The church is 117 years old and in the city of Roxboro. I am the first African-American female elected pastor. For some it was a stretch of faith: “Can she lead and be biblically sound?” The more I love and teach them, the more they have come to embrace it. … In the community, nothing has ever been said to me, but it has happened to members of my congregation. Usually, a male speaking to another male, saying it’s against the Bible and “Y’all are going to hell.” My people will say, “Show me where she can’t be a preacher.”

You said you are the first elected black female pastor. Are there some who are not elected?

Yes. There have been women who have started their own churches but not elected to existing churches.

What does being a bi-vocational minister look like for you?

I am the executive director of Family Abuse Services of Alamance County, Inc. It is a domestic violence agency. We do domestic violence prevention and support for victims. We also operate a shelter. We are a nonprofit. … For me, it is a ministry. I may not be saying the word ‘God,’ but I am helping people be their best selves and to empower women and men to love themselves. It’s a ministry — you just don’t get to use the Bible.

What difficulties or blessings does being bi-vocational present to you?

I work full-time. … I may not be available for things I wish I could be available for, but it’s flexible. Because I am the executive director, I control my schedule. … I do Bible study every Wednesday night. I do hospital visits. I just carry a laptop and work from the hospital.