The Cooperative Baptist Fellowship’s Governing Board voted unanimously Jan. 28 to establish a transition team to conduct a search for the organization’s next Global Missions coordinator to succeed Steven Porter.

Porter, who has led the ministry since 2014, on Jan. 11 announced his intention to leave the post.

The Governing Board also voted unanimously to create a search committee to fill the new position of coordinator of congregational ministries, a role that includes overseeing CBF global’s support of congregations and its collaboration with state and regional bodies.

In requesting the creation of the committees, CBF Executive Coordinator Paul Baxley said the Fellowship is experiencing ministry and financial growth, signaling that the time is now to move decisively toward missional expansion. 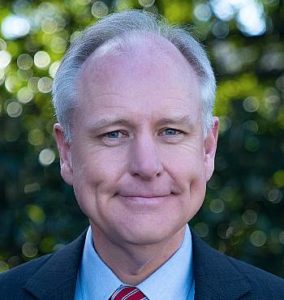 “The Holy Spirit is inviting us to be part of a growing and thriving community in which we are being equipped for bold faithfulness,” he said. “These are the kind of Baptists God is trying to make of us.”

Baxley pointed to figures from board member Mike Oliver’s finance report, which showed that contributions to the Offering for Global Missions were nearly $87,000 above the $591,070 budged for the first quarter of the current fiscal year, which began in October.

Oliver’s report also showed that field personnel have raised $112,209 more in individual project support than the $469,837 projected. Those designated funds are generated by friends and family of field personnel and by participants in its Encourager Churches program.

“In this time, that is a remarkable sign of our Fellowship’s growing commitment to global missions and of the resilience of field personnel in this difficult season,” Baxley declared. Oliver added that first-quarter general contributions came in $37,288 below the $1,310,818 budgeted for the first quarter, but still slightly above collections during the same period the previous year. The shortfall is at least in part due to contributions from some state and regional groups not arriving in December as expected.

Baxley said the Global Missions transition team will help his office implement strategic planning initiatives and determine desired leadership qualities before embarking on a search for the office’s eighth coordinator.

That process is an urgent one for a Fellowship whose identity from its birth has been heavily invested in global missions.

In addition to its continued focus on global ministry, Baxley said CBF must seek “more dynamic relations” with regional and state groups, including those in South Carolina, Florida and Alabama where leadership searches are underway. The ongoing merger of the CBF state organizations in Arkansas, Louisiana and Mississippi also must be supported as their members consider future staffing needs. The coordinator of congregational ministries, when called, will be the point person for that focus.

CBF Director of Advocacy Steven Reeves reported to the board that his office is rolling out advocacy initiatives around hunger, public education policy, voting rights and other areas in response to congregations eager to be involved in those causes.

Fellowship Southwest, where Reeves also serves as executive director, is focusing on immigration, hunger, racial justice and Native American ministries to meet demand from churches called to activism on those issues, he said. General Assembly is another storytelling opportunity, Huett said. The June 28-30 event will include in-person gatherings for the first time in two years.

Baxley urged the board to consider that these and other bold actions are possible, even demanded, despite the ongoing pandemic.

He acknowledged that many across the Fellowship are fatigued after two years of the coronavirus outbreak, adding that he has seen signs of this fatigue in his visits to churches, ministries and state and regional groups.

“But I see not just exhaustion, I see transformation” in congregations that have reimagined their purpose, in field personnel who have found new ways to serve through repeated lockdowns and in the energy and commitment of chaplains serving on the front lines of health care, he said. “I am naming how I see renewal and transformation even as we name our exhaustion.”

And through it all, CBF has produced Bible studies to explore the Fellowship’s distinctives, undertaken to redesign the Dawnings congregational visioning process and has boosted efforts to help congregations find and implement new revenue streams, Baxley said.

Churches also have expressed a desire to be more engaged in the work of racial justice and authentic reconciliation and to find ways to implement diversity, he said. CBF has responded by creating resources to guide congregations in that journey.

A year later, CBF’s finances have stabilized, but General Assembly still virtual due to COVID