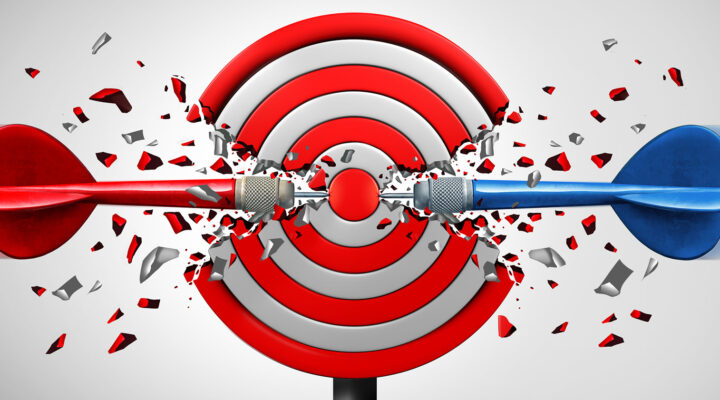 It is commonly assumed that a conservative interpretation of Scripture will produce conservative political views. I believe this to be false.

Using popular definitions, a conservative interpretation is based on the literal, face-value or plain meaning of the text. It does not dismiss such a clear meaning when its application seems impractical or may cause discomfort or even pain. In one such passage Jesus says: “Heal the sick, raise the dead, cleanse lepers, and cast out demons. Freely you have received, freely give” (Matthew 10:8). Supporting this, Jesus also said: “I tell you the truth, anyone who has faith in me will do what I have been doing, He will even do greater things than these, because I am going to the Father” (John 14:12).

Here are two passages from Jesus where the literal, face-value or plain meaning involves health care: Healing the sick, raising the dead, cleansing lepers, casting out demons — things Jesus did and said his followers can and will do. Perhaps the most difficult word here is “freely.”

Using popular definitions, is it not a “liberal” position to dismiss the “literal, face-value or plain meaning” of Jesus’ words by not applying them to health care?

Another example is Jesus’ saying, “Sell your possessions and give to the poor” (Luke 12:32-33). One popular dismissive view holds that Jesus addressed this to one person only, the Rich Young Ruler, as a personal prescription for his selfish, wealthy ways (Mark 10:17-27). Thus, it applies to no one today.

However, a conservative or literal, plain meaning taken at face value would see Jesus spoke this not only to that selfish young man, but also to all his disciples (his “flock” in Luke 12:32-33) in a way that the crowds would overhear them as well. In other words, Jesus spoke to the entire community of disciples and crowds. Is it, then, a “liberal” view that dismisses Scripture while a conservative one accepts and applies it? The only difference is in application to society.

“Jesus assumes his followers will want to help poor people.”

Yet another example is Jesus’ saying, “You will always have the poor with you,” often used today to justify high levels of poverty. Yet, that is a half-quote. In Mark 14:7, he adds: “and you can help them anytime you want,” while in Matthew 26:11, he adds: “but you will not always have me.” In the former, Jesus assumes his followers will want to help poor people; in the latter, he recognizes a brief time period, now passed, where attention is on him until his death. After his resurrection, he reaffirms his poverty teachings (Matthew 28:16-20). Common definitions still apply. A dismissive interpretation stresses a half-quote to ignore the Scripture; a conservative one maintains all of it and seeks to apply it today.

Regarding “having the poor with you always,” we must ask “Who moved?” Did poor people leave a position “with” us (the church); or have we stopped “being with” them, leaving them alone there? “With” implies a mutual relationship.

Likewise, the Old Testament regarding poverty: “There will always be poor people in the land” (Deuteronomy15:11). The very next sentence, though, calls for “openhandedness” toward “the poor and needy in your land.” Again, is it a conservative or a liberal approach that ignores, symbolizes or reduces this teaching; and, which one attempts to activate it “in the land?

Still another example demonstrates that conservative interpretations of Scripture can lead to liberal social policies, while liberal ones dismiss them. Jesus said, “When you give a banquet, invite the poor, the crippled, the lame, the blind, and you will be blessed, because they cannot repay you” (Luke 14:13-14).

Churches that include persons with disabilities as Jesus did often voluntarily comply with the mandated Americans with Disabilities Act of 1990. They see the prevention of disability-based discrimination from a conservative interpretation of Jesus’ teaching. Wheelchair spaces cut into the pews, hearing devices, Braille Bibles, interpreters for deaf or hearing-impaired persons, a nurse on duty and an emergency clinic during worship and other events are implied in what Jesus said.

Accordingly, does following Jesus beyond the Americans with Disabilities Act leave our homes exempt — or is that application too “conservative”?

A final example of conservative interpretations of Scripture leading to liberal applications is Jesus’ parable of Matthew 25:31-46.  Expositors have called this passage Jesus’ “final exam” since it was “handed out” ahead of time as preparation for the real exam later (on Judgment Day). No excuses, then!

We note the identification of six distinct social/sociological groupings, people who are: 1) hungry, 2) thirsty, 3) strangers, 4) naked, 5) sick, 6) imprisoned. A seventh, or “comorbid” group would be those having two or more conditions simultaneously which many, if not most of them, would have. Poverty also would be a contributing factor, if not another separate interrelated group.

Jesus teaches that “all the nations” will be judged by how they treat members of these groups of sick, imprisoned, hungry, thirsty, naked strangers because he is among them, one of them himself. Programs that meet their needs are often criticized as a liberal “social gospel,” but we see again that a literal, face value, “conservative” interpretation of the text leads naturally to allegedly “liberal” applications.

Granted that many Scriptures are subject to this same false dichotomy, some conclusions may be drawn:

Are there better identity words?

Many years go, H.S. Vigevno wrote Jesus, the Revolutionary, in which he described Jesus’ effect on society. “Revolutionary” is a good word that describes even the most “conservative” of Jesus’ teachings.

“Revolutionaries”! What better word to call ourselves today?

Russell Waldrop is a retired chaplain and pastoral counselor and serves as vice president of the Waynesboro, Va., branch of the NAACP.

Conservative Christianity as threat to democracy | Opinion by David Gushee