i
Immigrant families from Haiti walk from Mexico through a gap in the border wall into the United States on December 10, 2021, in Yuma, Arizona. (Photo by John Moore/Getty Images)

i
Immigrant families from Haiti walk from Mexico through a gap in the border wall into the United States on December 10, 2021, in Yuma, Arizona. (Photo by John Moore/Getty Images)

The American public, on the other hand, is displaying a much less favorable reaction to last week’s announcement that the policy adopted by the Trump administration in 2020 will be terminated May 23, new research by Morning Consult shows.

“A majority of registered voters (56%) oppose the decision to remove the border controls implemented by the Trump administration, the largest backlash against a Biden administration policy among dozens tracked by Morning Consult since January 2021,” the researchers reported.

The negative reaction to the CDC’s announcement has exceeded that of Biden’s September 2021 directive to raise the nation’s refugee cap from 15,000 to 125,000 during the 2022 fiscal year, researchers said. The poll also found that no voting group is wildly favorable to ending Title 42: “While 60% of Democratic voters support the move, just 31% of independents and 8% of Republicans feel similarly.”

The Morning Consult poll, conducted April 1-4, comes on the heels of other recent research showing that American adults strongly favor Congress working across party lines to pass meaningful immigration reform that would strengthen border security, create a pathway to citizenship for undocumented immigrants who entered the nation as children and to provide protections for migrant farmworkers, ranchers and those working in other vital industries.

But it is the border security piece, and White House handling of immigration overall, that has concerned many Americans, said Morning Consult, a decision intelligence company.

“From day one, Morning Consult survey data has shown Biden’s executive actions on immigration to be his most unpopular.”

“From day one, Morning Consult survey data has shown Biden’s executive actions on immigration to be his most unpopular, and even when the president was enjoying favorable approval ratings early on, voters tended to disapprove of his handling of the issue. For example, a March 2021 survey found that just 40% of voters approved of Biden’s immigration handling, 18 percentage points lower than his overall approval rating at the time.”

And the timing couldn’t be worse for Democrats heading toward the November 2022 midterm elections, the company noted in a report about its survey.

“With the political environment now in a much more dire state for Democrats due to persistent inflation, immigration threatens to transform the upcoming midterm elections from a defeat into a catastrophe. Among 14 issues tracked on a biweekly basis, the latest survey found that 55% of voters disapprove of Biden’s handling of immigration — a figure only exceeded by the 57% who disapprove of his handling of the economy.”

But advocates and ministries that support humane immigration policies — including conservative evangelical leaders — continue to laud the decision to end Title 42, which has been used to deport nearly 2 million asylum seekers without the due process to which they are legally entitled since the policy’s implementation at the height of the COVID-19 pandemic. 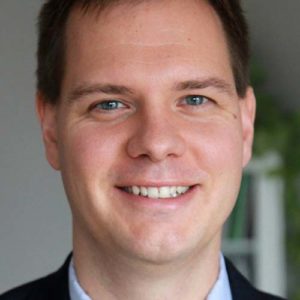 “Ostensibly, the policy has been designed to protect public health. In reality, it has long been clear that the policy was being used to simply ignore our country’s asylum laws,” said Matthew Soerens, U.S. director of church mobilization and advocacy for World Relief.

World Relief believes the U.S. must balance strong border security with due process protections for asylum seekers fleeing persecution, President Myal Green added. “While not everyone who shows up at the U.S. border is fleeing a credible threat of violence, persecution or conflict, and not every asylum seeker qualifies under U.S. law to be granted asylum, we must honor our nation’s moral and legal commitments to those fleeing persecution by providing them with their legal right to have their asylum claims heard.”

The Catholic Legal Immigration Network, or CLINIC, issued a statement pointing to the racist and discriminatory application of Title 42, saying it has been especially harmful to Haitian and other Black migrants. The policy has returned as many as 10,000 migrants to nations where they have suffered torture, kidnaping, sexual assault and homicide, the organization said. “We know our nation is at its best when we welcome refugees and asylum seekers with open arms,” CLINIC Executive Director Anna Gallagher said. “We see this reflected in the quick steps the Biden administration has taken to respond to the refugee and humanitarian crises caused by war in Ukraine. As the administration takes this long-awaited first step toward removing barriers to asylum, we urge the administration to make a full and unequivocal commitment to rebuild an asylum system that welcomes all people with dignity.”

But some Democrats, while welcoming the end of Title 42, have expressed concern about an overall strategy for communicating the decision to the nation. “This is the wrong way to do this and it will leave the administration unprepared for a surge at the border,” Democratic U.S. Sen. Catherine Cortez Masto of Nevada told Politico. “We should be working to fix our immigration system by investing in border security and treating immigrant families with dignity. Instead, the administration is acting without a detailed plan.”

Another challenge: Republican-controlled Arizona, Louisiana and Missouri have joined in a lawsuit against the Biden administration to block the termination of Title 42.

The solution to these and other flashpoints is common sense immigration reform, said Ali Noorani, president of the National Immigration Forum.

“It must be done. And if we want border security that weakens the cartels, keeps us safer and treats immigrants with dignity, Congress needs to pass legislation,” he wrote in his daily Noorani Notes newsletter.