My father, the born-again socialist 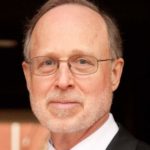 The celebration of Martin Luther King Jr. Day has me thinking about Tommy Douglas, my father’s pastor and Sunday school teacher. Douglas is the MLK of Canada. Disparaged and vilified in his day (he was investigated by the Royal Canadian Mounted Police for decades and frequently excoriated by the mainstream media), Douglas was voted the greatest Canadian of the 20th century in 2004.

Canadians enjoy universal health care because Douglas, then premier of Saskatchewan, refused to yield to a violent backlash that was financed by the medical establishment (including the American Medical Association) and culminated in a 23-day doctors strike.

My father was conservative in religion but progressive politically. You find a similar mix among African Americans and Latinos in the United States, but it is exceedingly rare among white Christians. To understand why my father loved Billy Graham and typically voted for the socialist New Democratic Party you will need some historical background. But let not your heart be troubled, this stuff is fascinating.

The Great Depression encouraged religious and political experimentation. The old formulas weren’t working and everyone knew it. The Cooperative Commonwealth Federation (CCF), a union of farmers, unionists and socialists, was organized in Alberta in 1932 and social gospel preachers played a pivotal role.

That same year, Calgary’s William “Bible Bill” Aberhart started preaching Social Credit philosophy on his popular “Back to the Bible” radio program. Bible Bill promised to end the depression with a monthly distribution of $25 (the equivalent of $400 in today’s money) to every family in Alberta. The British North American Act (Canada’s constitution at the time) kept Aberhart from acting on his impulses when his Social Credit Party swept to power in 1935, but his proposals made for great political theatre.

In his own way, Bible Bill was just as radical as the socialist CCF. Like all populist politicians, Aberhart needed a devil, and the eastern banking establishment and big money boys in Toronto fit the bill. He once suggested that incomes should be capped because no one should be able to earn far more than his family could spend in a lifetime while others went hungry.

Aberhart was a Calgary high school principal who learned his religion from the prophetic Bible conferences that proliferated north and south of the border in the late 19th century. His theological education consisted of the correspondence courses Aberhart received in the mail from Cyrus Scofield. He was a popular preacher in Presbyterian, Methodist and Baptist churches, but denominational leaders always shut him down when they caught wind of his fascination with the end-times. Bible Bill started preaching on the radio in 1925 and, two years later, founded the Calgary Prophetic Bible Institute to promote the dispensational religious theories he had learned from Scofield and his famous Reference Bible.

Gordon Ernest Bean was born in in Weyburn, Saskatchewan, in 1919 and Tommy Douglas became pastor of Calvary Baptist Church in 1930, just as the Depression was beginning to shred the farm economy. Douglas turned his congregation into a relief agency, organizing local farmers in danger of losing their farms to foreclosure and meeting the survival needs of starving families.

Douglas preached the social gospel he had learned at Brandon College and the University of Chicago. Like his hero Walter Rauschenbusch, Douglas believed that, given half a chance, the teaching of Jesus could work a social revolution. His rhetoric was simple, his humor was disarming and, like Jesus, he was a terrific storyteller. His revival preaching combined evangelical piety with a call for social reform.

Tommy Douglas raised eyebrows. In a 1934 letter to the Weyburn Review he savaged capitalism:

My father’s Sunday school teacher helped organize the socialist CCF in 1932 and, two years later, launched an unsuccessful bid to represent Weyburn in the Canadian Parliament. Alarmed by this radical blend of politics and religion, representatives from the Baptist Union of Western Canada told Douglas he could be a pastor or a politician, but not both.

My father’s preacher chose politics over the pastorate and represented Weyburn in Parliament between 1935 and 1942 when he shifted his attention to Saskatchewan politics.The CCF won 40 of 52 seats that year and Douglas became the first socialist leader of Saskatchewan (or anywhere else in North America).

In 1981, my father heard Douglas preach to a rapturous gathering at Weyburn’s Calvary Baptist Church. He returned with a commemorative plate (which now hangs in my home) and a terse evaluation: “I love Tommy’s politics, but I’ve never cared for his theology.”

My father arrived in Alberta shortly after Bible Bill died and was succeeded by Ernest C. Manning, the first graduate of Aberhart’s Prophetic Bible Institute. The new leader of the Social Credit Party shared his mentor’s fascination with the imminent end of the world but quickly distanced himself from the radical aspects of depression-era politics. A major oil discovery was made in the Alberta town of Leduc in 1947 and it was widely speculated that the province would soon be swimming in petro-dollars.

When the Bean family moved to Yellowknife in the Northwest Territories in 1956, Dad always listened to Billy Graham’s “Hour of Decision.” When we settled in Edmonton in 1964, he tuned in to Ernest Manning’s “Back to the Bible Hour.”  To my adolescent ears, Manning was an even dorkier version of Graham, and that’s not surprising; the two men had been good friends since the 1940s and, unbeknownst to practically everybody, were now business partners.

During the first half of the 20th century, the progressive religion taught at Union Theological Seminary in New York and proclaimed in the pages of the Christian Century was closely aligned with the Washington political establishment. John D. Rockefeller and his heirs had a lot to do with that. The Rockefellers used their vast wealth to bankroll the University of Chicago, support the National Council of Churches, build Riverside Church in New York City for Harry Emerson Fosdick, and make it possible for Union Seminary to attract the likes of the Niebuhr brothers and Paul Tillich.

In the late 19th century, American Protestantism was much less polarized than it is now. John D. Rockefeller followed evangelists like Dwight L. Moody and Billy Sunday with interest and cautious approval even as he poured millions into the “modernist” University of Chicago. But when control of the family fortune passed to social gospel liberals like Frederick Taylor Gates and John D. Rockefeller Jr., the family philanthropy was slowly redirected to ecumenical religious endeavors like the National Council of Churches and, increasingly, to research universities, hospitals and the League of Nations.

Just as the money bankrolling the liberal Protestant establishment was beginning to dry up, evangelical Christians were energized by a new brand of philanthropy.

In 1948, for instance, J. Howard Pew created the Pew Charitable Trusts to counter the influence of Rockefeller largesse. A conservative Presbyterian appalled by the leftward turn of his denomination, Pew was eager to assist conservative politicians, preachers and those willing to mix the two. Billy Graham wanted a piece of the action. Pew wasn’t the only oilman willing to write big checks. During a 1953 crusade at the Cotton Bowl, Graham joined W.A. Criswell’s First Baptist Church in Dallas so he could spend quality time with wealthy oilmen like H.L. Hunt of Dallas and Sid Richardson of Fort Worth.

In the mid-1950s, J. Howard Pew became fascinated by the Athabasca Tar Sands and started reaching out to Ernest Manning. Vast oil reserves were being discovered throughout the Arab world and Manning was touting Alberta as an attractive alternative for American investors.

The Pew-Manning relationship got off to a rocky start. Manning told Pew that Albertans wouldn’t get excited about foreign investment unless they believed the project would benefit all Albertans. Pew was having none of it. Like any good American independent oilman, he thought it was nobody’s business what he did with the money God alone had given him.

In 1964, Billy Graham talked Pew and Manning into playing golf in the mountain resort town of Jasper, Alberta. In the course of a weekend dedicated to golf and theological reflection, Graham brokered a deal. By the mid-1960s, Pew had invested a quarter billion dollars in the tar sands project. The controversial Keystone XL Pipeline running from Northern Alberta to Houston and Port Arthur in Texas, is a natural development of this marriage between conservative religion and big oil.

In his formative years, my father encountered two religious options. One was forward-looking and optimistic, hoping for better days ahead; the other was nostalgic and pessimistic, resigned to the imminent end of the world. One was cooperative and ecumenical; the other exclusive and hyper-individualistic. One focused on win-win solutions; the other played a zero-sum game. One vision was shaped by men (and the occasional woman) with Ivy League educations; the other depended on independent Bible schools and an endless procession of Bible conferences. One embraced the civil rights revolutions of the 1950s and ’60s, the other criticized it. Both religious visions hitched their wagons to different stars in the political firmament and were far more dependent on the generosity of fabulously wealthy families than is commonly realized.

Like most North American Christians, my father was a product of both visions: one influenced his religion, the other his politics. Dad learned their religion in church and on the radio. He never had the luxury of attending college and, like virtually everyone else in Christendom, never studied theology. His worldview was thus an awkward compromise between Tommy Douglas and Ernest Manning.

But there is a reason why Tommy Douglas was voted the greatest Canadian of the 20th century and why men like William Aberhart and Ernest Manning were never in the running. Like Martin Luther King Jr., Tommy Douglas paid a dreadful price for speaking truth. Douglas and King are far more popular in death than they ever were in life. Come to think of it, so was Jesus.