Fear not: How Linus and his blanket can help us change the world 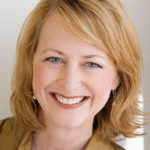 In addition to being an ordained minister, I am also a standup comedian. One thing I’ve always wanted to do at the end of my set (and my sermons) was a mic drop — that moment when a comedian hits their last punchline, holds the mic out, drops it on the floor with a loud thud, and walks away.

The comedian Eddie Murphy was first credited with it in the 1980s. Even President Obama got into the act in his 2016 White House Correspondents’ Dinner speech when he ended with, “Obama out,” dropped the mic, and walked off the stage.

Recently, I came across a Christmas version of a mic drop in the beloved television special, A Charlie Brown Christmas. It happens towards the end of the program when Charlie Brown yells, “Can anyone explain the meaning of Christmas to me?” A second later, a tiny voice says, “I can.” It is Linus, the little boy who drags his security blanket with him at all times.

Linus begins to recite the Christmas story from the book of Luke, and when he reaches the words, “And the angel said unto them, ‘Fear not,’” he drops the blanket. His beloved security blanket that has protected him from all harm, he drops it on the floor! Like a mic drop — but with deeper significance.

We could all use a blanket drop, a moment where we find the courage to let go of our security blanket, let go of our fears, drop them on the floor, and walk away. We need it more than ever today for this is a fearful time. We have the daily stresses weighing on us like money, jobs, aging, and family. There are the existential fears harbored by a significant percentage of our global population, like the 780 million people who can’t find access to clean water, or the almost 800 million people who don’t have enough food.

It is a fearful time. So, we grab our security blankets and pull them tight. We build emotional fortresses around our hearts so no one can hurt us, and raise the walls around our country so no one can get in. We tighten our grip on our pocketbook so no one can take from us. We narrow our vision so all we see is black and white. Ultimately, those security blankets get wrapped so tightly that we cut ourselves off emotionally and spiritually from our fellow human beings, transforming them, in our minds, from brother to “other.”

That leaves us with two choices. We can stay wrapped in our proverbial security blanket, isolated, fearful, suspicious, and full of dread. Or, we can believe the angel when she says, “Fear not,” and we can drop the blanket.

Now, I know, dropping the security blanket is hard. Life can be a fearful place, a scary place, a place with overwhelming obstacles and difficulties. But as the old saying goes, “Life is full of breathtaking opportunities disguised as unsolvable problems.” Let me give you two examples.

Recently, I had dinner with a new friend from Haifa, Israel who shared stories about the wild fires burning out of control. Tragically, there was simultaneous rhetoric from political leaders who suggested that the fires were set by the Arabs (“arson terror” as they called it), which fueled the fires of fear even more than the real fires. But in the midst of that place where people were tightly wrapped in their security blankets — isolated, fearful, suspicious, and full of dread — there were a few brave souls who opened their hearts and did a blanket drop.

First, there were the firefighters from Egypt and Jordan and Syria — Arab people — who came to Haifa’s aid to help put out the Israeli fires. My friend also told me a story about Arab contractors who came to the region to help rebuild. None of the Israelis would hire them, until one group dropped their fears and hired the contractors to rebuild a burned synagogue. When the Arab contractors found out the job was to rebuild a synagogue, they rebuilt it for free.

That never made the news. It was not divisive or contentious enough. But it happened. And something magical and wonderful transpired in that moment.

Let me give you a second example, one that is set much earlier but in the same location. A young woman finds herself pregnant and unmarried in Palestine in the early first century, something for which she could be stoned to death, a place of excruciating fear.

A breathtaking opportunity disguised as an unsolvable problem.

And, like any of us in a place of fear, Mary had two choices: she could stay wrapped in her proverbial security blanket, isolated, fearful, suspicious, and full of dread. Or, she could believe the words of the angel Gabriel who said to her, “Fear not,” and she could drop the blanket, walk away from the fears, and change the world.

This holiday season, I challenge all of us to do a blanket drop.

To let go of the security blankets we have tightly wrapped around our hearts.

To let go of the corrosive, divisive fears we harbor.

To let go of our unbelief, and truly hear the angel when she says …

“Fear not: for, behold, I bring you good tidings of great joy, which shall be to all people. For unto you is born this day in the city of David a Savior, who is Christ the Lord.”

[Mic drops with a thud.]