Is a funeral selfie appropriate?

It was the funeral selfie seen around the world.

The Pope has a Twitter & the President took a selfie at a funeral. Would anyone 55+ even understand this sentence? We’re evolving strangely.

I wonder if LBJ would’ve taken a selfie at Kennedy’s funeral? What do you think Obama?

A defense of the funeral selfie: http://t.co/jh751WAfY5

While not a true selfie, President Bush looked happy with Bono 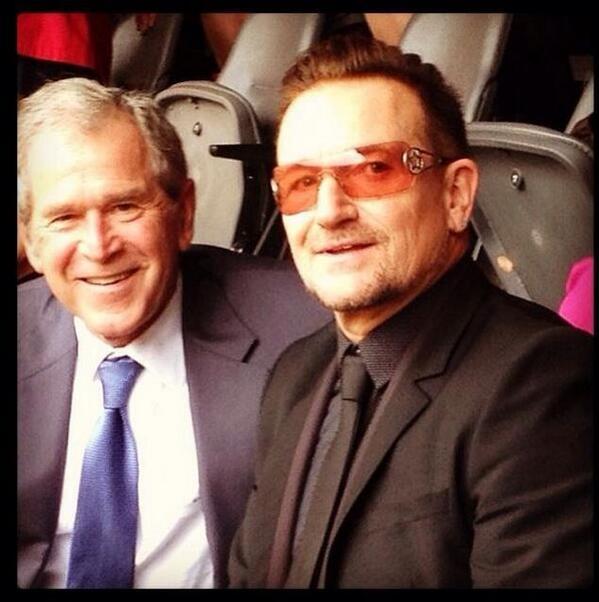 To be fair, this was a memorial service and not a funeral service. The “selfie” as it is called, is really an individualist expression that is either loved or hated.  As a pastor, I often lead and experience celebratory memorial services. Instead of the dull, dreaded, and sad service, many families want a memorial service to be fun, festive, and a celebration of life.

Taking a selfie at such a large gathering of Mandela’s memorial service is entering into new territory. Certainly questions of when to take a selfie are important. If someone would take a selfie during someone’s speech would be off putting. However, marking an occasion with friends, family, and co-workers with smiles in a picture at a memorial service isn’t a big deal. But, when a president does it, it is.

So, is it wrong to take a selfie at a funeral?