High-profile Christian leaders issued a plea to the American church April 7 to speak out against the ongoing ReAwaken America tour and the Christian nationalist, anti-democratic, pro-violence and Q-Anon-inspired ideology it is spreading.

The tour led by Eric Trump, Michael Flynn, Clay Clark and other hard-right and Q-Anon speakers propagates the lie that the 2020 election was stolen from Donald Trump, denigrates COVID-19 and childhood vaccines, promotes the merger of church and state and casts political opponents as Satanists.

And they preach these and other messages in the name of Jesus, said Nathan Empsall, executive director of Faithful America, an online, ecumenical Christian community that advocates for social justice. 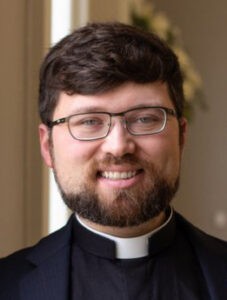 “ReAwaken America can basically be described as ‘Jan. 6 goes to church,’” Empsall said in reference to the 2021 assault on the U.S. Capitol by Christian nationalist Trump supporters. “But Jesus wept, and the body will not stand for this. Christians across the country must object to the twisting of the gospel to use Jesus’ name to seize power.”

“ReAwaken America can basically be described as ‘Jan. 6 goes to church.’”

The speakers told about their organizations’ responses to the ReAwaken America tour and to the rise of Christian nationalism and white supremacy that inspires it, including petition drives and curricula designed to educate and encourage Christians who, they said, are uniquely qualified to effectively resist the movement.

The national tour, which has filled stadiums, megachurches and other large venues around the nation, was organized by Clark, an Oklahoma-based talk show host who has been sued for comments he made claiming the 2020 election was rigged.

But it is Flynn, Donald Trump’s former national security adviser, who is one of the leading stars of the tour. Flynn is a favorite among Christian nationalists for his claims that theirs should be the only religion practiced in the United States and for advocating the use of martial law to help change the outcome of the 2020 election.

The ReAwaken America website shows 14 venues in 2021 and so far in 2022 have been sold-out, including Tampa Bay, Fla.; Canton, Ohio; San Antonio, Texas; and Salem, Ore. The site also includes links to jobs that do not require COVID-19 vaccinations and to the Christian fundraising site Give Send Go to contribute to Clark’s legal defense. 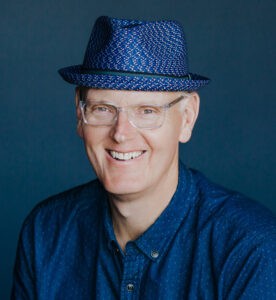 It’s all too easy for most American churchgoers and ministers to dismiss the rhetoric emanating from the tour, said Pagitt, a pastor, social activist and author of Outdoing Jesus: Seven Ways to Live Out the Promise of “Greater Than.”

“These are bizarre teachings that are really rooted in lies and conspiracy theories and some strange quest for an American Christianity that I think is not going to find a home in America. But that doesn’t mean it isn’t dangerous,” Pagitt added.

The tour is dangerous because it is a continuation of the failed Jan. 6 effort to undermine democracy by helping Donald Trump overturn an election, he said. “That’s a threat to the well-being of our society.”

Even more menacing is the language of violence embraced by tour speakers and audiences, he continued. “The movement is rooted in physical and verbal violence. This is not just a threat inside our churches, … this is deadly.”

While ongoing petition drives urging pastors not to promote the tour are gaining steam, there still remains resistance from churches and clergy when he seeks their help opposing Q-Anon and Christian nationalism, which Pagitt likened to “a pandemic of theological heresy.”

“A lot of pastors say, ‘This is fringy behavior, let’s just let it pass.’ These are charlatans of Christian faith. But as we have seen in other pandemics, we know these emotional and theological pandemics can have great effects.”

The effects have spread to the nation’s school boards and city councils “with the same spiritual narrative wrapped around a call for violence,” he warned.

Pagitt said he is not seeking to have government shut down the tour because he agrees the promoters and speakers have a constitutional right to express their opinions. “I’m asking other pastors to be a counter voice, and I’m asking attendees to understand what it is they are hearing.”

Tyler described Christian nationalism, which inspired the Jan. 6 insurrection and the ongoing ReAwaken America tour, as an ideology and cultural framework that seeks to combine American and Christian identities.

It seeks an exclusively Christian America in total disregard for the constitutional division between church and state and fuses with white supremacy to view slavery and Jim Crow segregation as God-inspired institutions, she said.

“It is not the same as patriotism, which is love of country. Nationalism demands allegiance of country over allegiance to Jesus. When patriotism calls for sacrifice of religion, it’s nationalism,” said Tyler, also a founder and leader of Christians Against Christian Nationalism.

Christian nationalism is a threat not only to people of color and religious minorities, but also to faith itself because the movement seeks to transform religious symbols, such as the Cross, into secular and political emblems, Tyler said.

The expression of those views often makes it sound as if “God is under us as a nation and a church,” said Adam Taylor said.

ReAwaken America and the Christian nationalism that informs it present “the Cross wrapped in the American flag” and a “dangerous, God-on-our side mentality that confuses the aims of the church with aims of the state. We are called to resist any effort to co-opt God into a political party,” he said.