Vatican report a reminder evangelicalism has been hijacked 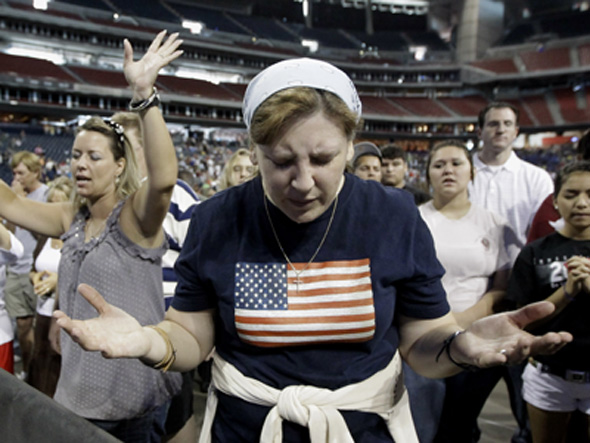 The media is abuzz with a newly published report from the Vatican regarding the inclusion of divorced Catholics, homosexuals, and those who use birth control. Traditionally, those groups of people inside and outside the Catholic Church are persona non grata of church law. Now, the Vatican is attempting to change the tone of the conversation and Evangelicals need to take some notes.

In very pastoral ways, the new language has open the door to start a conversation. Though no actual church law has changed, the ability of the Vatican to begin a dialogue should be seen as an attempt to bridge religious and cultural divides. The report sought to soften the tone on the issues of annulment, divorce, cohabitation and communion. On the issue of homosexuality, the report states:

Homosexuals have gifts and qualities to offer to the Christian community: are we capable of welcoming these people, guaranteeing to them a fraternal space in our communities? Often they wish to encounter a Church that offers them a welcoming home. Are our communities capable of providing that, accepting and valuing their sexual orientation, without compromising Catholic doctrine on the family and matrimony?

To many, this may sound impossible or even fraught with confusion. Some will see this type of statement as window dressing for anti-gay beliefs.

Regardless of the response, Pope Francis’ leadership is making an impact upon one the oldest religious institutions on earth. Father Edward Beck spoke with Chris Cuomo on CNN that this new tone in language and outreach is what’s called “gradualism”. Beck said that gradualism is the process of welcoming those who may be at odds with Catholic teaching. Clearly, this pastoral approach begins a conversation of learning, relationships, and community rather than dogma and exclusion.

Evangelicals need to understand what is happening here. The Catholic Church‘s leadership is taking complex issues and responding. In many ways, Evangelicals and Catholics share many common beliefs regarding marriage, Jesus Christ, sin, salvation, and God, and the Bible. There are obvious differences on Mary, communion, and church governance but crucial key beliefs are there.

Evangelicals should see this Vatican gathering and report as a way to reach out without hate, bitterness, and fear.

Many Evangelical responses to people at odds with the Evangelical worldview, are seen as disingenuous or even harmful. The confession from the ex-gay ministry, Exodus International, is one case in which Evangelicals did more harm than good in response to homosexuality. We Christians need to find away to come to a common table and learn to be with “the other.” Embodying aspects of the Vatican report and gathering is one way to begin that process.

As an American Baptist minister, many would define me an Evangelical. I ascribe to the belief of salvation through the grace of Jesus Christ and sharing The Good News. If by Evangelical you mean someone who hates gays, always votes Republican, thinks President Obama is a Muslim, and believes in forced school prayer — then I’m not an Evangelical. And that’s the problem with Evangelicals. We’ve been hijacked by a particular segment of our large Evangelical “tent” that uses exclusion, fear, bitterness, and hate.

In order to tear down walls, Evangelicals must learn the gifts of hospitality, patience, and respect of human persons. That is the type of behavior that Jesus embodied. He sat, ate, talked, and befriended many sinners and outcasts. In order for Evangelicals to draw in, we must first put down our righteousness and pick up the gift of forming relationships with those who are not in our community of faith.