Why Pope Francis is good for Christianity 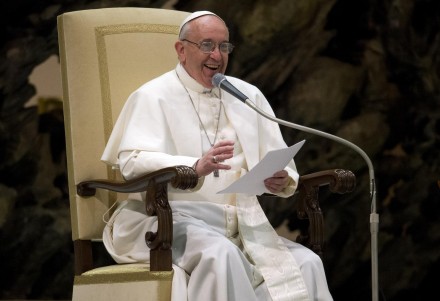 As Pope Francis starts his papacy, it is very clear that his leadership will set a very different tone for the Catholic Church. Upon leaving Rome, Pope Francis paid for his own room, rejected lavish apparel, and referred to himself more as a bishop and less as Pope.

At a time when priest scandals, closing churches, and aging membership threaten the growth of the Catholic Church, Pope Francis is starting his tenure on a positive note. In the face of alleged papal scandal and a retiring pope, Francis has decided to change the tone of the Church’s messaging. Last week, Pope Francis reminded Catholics that Jesus, not the pope, is at the center of the Church. He added that the center should focus on “poor, and for the poor.” Even the selection of his namesake, Francis of Assisi, invokes compassion, peace, and uplifting the poor.

At 76 years of age, Pope Francis is comparably young. This newest pope will need the energy to galvanize the Catholic base and gain the trust of the disfranchised. However, Francis is doing more work among Christians in general, not just Catholics. The sex abuse scandals not only eroded the trust of faithful Catholics, but also with the general population. Public polls show that lawyers and bankers are more trusted than clergy. The perception among the “nones”, who make up 20% of Americans, is that churches and organized Christianity is not worthy of their attention.

It appears Pope Francis is setting a new tone for 1.2 billion Catholics. The tone is not centered in doctrine, Church law, or hierarchy but on bringing unity to the Church and caring for the least of these. The LA Times interviewed one of the faithful and compared the last pope and current pope:

But devotees have been agog at the complete contrast in style between the two men. Benedict tended to be stiff and reserved in public, unlike Francis and his engaging manner. Benedict “distanced people, but this one — you can tell from his expression — he makes jokes, he is closer to us,” Lorenzo Tortorati, 33, said, adding: “He’s what you need for the church.”

Protestants and Catholics share a close historic relationship. And, the two sects have influence one another. The Reformation created a Counter Reformation. Vatican II brought the church to the modern world as Protestant churches were growing. Catholics and nominal Catholics have been looking for a positive leader who can bridge the divide of theology and ecclesiology.  Ashley McGuire with The Washington Post expresses the mood of Catholics and Protestants:

Pope Francis, meet a generation of young Catholics longing for you. Longing for someone to show us in the most tangible of ways that the Catholic Church defends the most vulnerable among us, be they in their mother’s womb or hungry in the streets.  Meet a generation of Protestants looking to see Catholics assure them that our faith is first and foremost about Jesus Christ. And what could remind people more of Jesus than seeing a man with authority take that authority and bend it like Beckham. Bend down on one knee and wash some feet.

Indeed, we Christians (Catholics and Protestants) have a common denominator in Jesus Christ. Pope Francis is good for Christianity. His leadership will help the followers of Christ to do the things that Christ commanded: Feed the poor, visit the sick, uplift the lowly, protect the weak, and proclaim the Kingdom of God.

Pope Francis is that type of John Paul II pope who Catholics celebrated and Protestants could agree with. Francis will bring Catholics into the future and we Protestants can join with them in the common cause in the name of Jesus Christ.

10 ways to appreciate clergy this month