As Russian tanks, troops and bombs poured into Ukraine, imagine if President Joe Biden had announced to the world: “This is shocking. We pledge to help Ukrainians save their lives and freedom for one year. Next year, though, we may… It was very late one night when my phone rang, the caller ID telling me this would be a crisis call. As a victim advocate, I had received hundreds of middle-of-the-night crisis calls over the years. For the sake of… 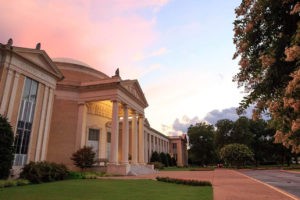 Two-and-a-half years after Jane Roe filed suit in federal court against Paige Patterson and Southwestern Baptist Theological Seminary, the trial date has been delayed yet again. On Sept. 2, Sean Jordan, U.S. district judge for the Eastern District of Texas,… In my seminary days, I was taught that a good sermon or Bible study begins with a provocative question.  So, when Nancy and I became pastors 41 years ago, I introduced a Sunday school class with the story about David,… Christians must join efforts to combat the plague of gender-based violence around the world, but not without the church also repenting for its historic and ongoing role in perpetuating abusive attitudes and behaviors toward women, the Baptist World Alliance was… For the last two years, observers have watched the Southern Baptist Convention deal with a crisis of abusive pastors. After a 2019 Houston Chronicle report, it seemed like the leadership of the denomination was becoming intent on protecting the vulnerable… When Judge Aaron Persky reduced Stanford rapist Brock Turner’s sentence from six years in state prison to six months in county jail, he did so on the basis that Turner was “a promising young man.” Writer/director Emerald Fennell’s stark thriller/fairytale… After a week of intense criticism, leaders of the Southwestern Baptist Theological Seminary’s board of trustees reversed a vote by the full board to remove Paige Patterson as president but allow him to live on campus with pay and the honorary title president emeritus. The trustee executive committee voted May 30 to remove all benefits provided earlier, including his new title, the invitation to reside as the first theologian-in-residence in a newly established Baptist Heritage Center, and “ongoing compensation.” Sexual assault and harassment are unconscionable in all environments, but there is something especially vile about the culture in religion that often leads to the abuse and silencing of women. Mary, our mother (for Baptists)

A four-part series for Advent by Julia Goldie Day

Mary, our mother (for Baptists): There’s something about Mary

Mary, Our Mother (for Baptists): Mary, did you know?