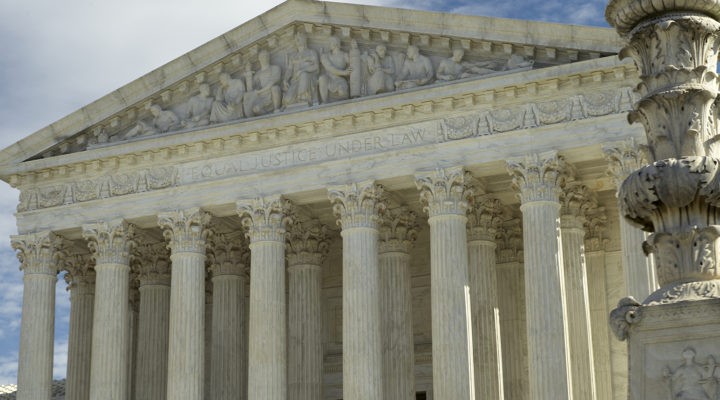 As with a 2018 ruling involving a baker who refused to make a cake for a same-sex wedding, the U.S. Supreme Court’s latest foray into a free exercise of religion claim is so narrowly written as to offer little future instruction, according to the general counsel for Baptist Joint Committee for Religious Liberty.

Holly Hollman wrote an article about the latest case, Fulton v. City of Philadelphia, for SCOTUS Blog, a website that chronicles the ins and outs of the Supreme Court. The case asked whether the City of Philadelphia was justified in excluding Catholic Social Services from continuing as a provider of foster care services despite refusing to sign the city’s required policy prohibiting LGBTQ discrimination. The high court ruled in favor of Catholic Social Services, but not in a way that offers a shield for most other faith-based organizations to be allowed similarly to discriminate.

In Fulton, the court came to a surprisingly unanimous decision, although the justices arrived at their shared conclusion in different ways. That unanimous decision was made possible by avoiding some of the most contentious aspects of the case, Hollman wrote.

The key to this ruling is that the city had created the possibility of granting exemptions to its non-discrimination policy. Even though the city never had granted such an exemption, the possibility of an exemption meant the city’s policy was not “generally applicable,” and thus not subject to a rule laid down in a previous case, Employment Division v. Smith.

Catholic Social Services and its allies had hoped the court would use this occasion to revisit the Smith ruling, which they believe does not provide sufficient religious liberty protection. Justices Clarence Thomas, Samuel Alito and Neil Gorsuch wrote a separate opinion in the Fulton case explaining why they believe the court should have revisited Smith.

“Briefs criticizing Smith were filed on both sides of Fulton,” Hollman noted. “But as Justice Amy Coney Barrett emphasized in her concurrence, revisiting Smith was unnecessary for the court’s decision and would raise difficult questions about what would replace it. The Fulton decision seems strategically crafted to avoid revisiting Smith, at least for now.”

BJC had joined other petitioners in filing a friend-of-the-court brief arguing on the side of the city.

“The failure to seriously engage the city’s arguments allowed the court to avoid key questions that make these cases difficult,” Hollman wrote. “Can any sincerely held religious belief by itself establish a government burden on religion? Is there some legally significant distinction between religious objections to same-sex marriage and other religious objections, such as to interfaith marriage? Would the requirement of a religious exemption to a nondiscrimination rule depend on the availability of other providers? The Fulton court offered no guidance.”

While she found areas of concern in the court’s ruling, she expressed joy that the ruling “does not require courts to create religious exemptions in government contracts or nondiscrimination policies. That is a good result for religious liberty because nondiscrimination provisions often facilitate cooperation between religious entities and the government, while protecting against religious discrimination, as Baptist Joint Committee for Religious Liberty and others argued in a friend-of-the-court brief.”

Hollman points out that Fulton “marks the second time the court has upheld on narrow grounds a free exercise claim in a clash between a religious objection to same-sex marriage and a government rule prohibiting discrimination against LGBTQ people. The 2018 Masterpiece Cakeshop decision in favor of a baker who refused on religious grounds to make a custom wedding cake for a same-sex couple was based on an administrative record that the court said showed hostility toward religion. The court did not address whether and under what circumstances the Constitution requires an exemption to Colorado’s nondiscrimination law more broadly.”

“Fulton and Masterpiece have done little to help lower courts, and the same conflicts will keep coming.”

On the positive side, the Supreme Court’s decisions in both cases — Fulton and Masterpiece Cakeshop — demonstrate judicial restraint, she said. “They avoid an all-or-nothing outcome — either for those who seek the broadest religious-exemption rights or those who argue against any religious exemptions. In that respect, the rulings are consistent with a religious liberty tradition that recognizes and balances multiple interests.”

On the negative side, though, “Fulton and Masterpiece have done little to help lower courts, and the same conflicts will keep coming.”