In a world of words, who or what is the Word of God? 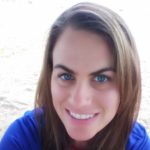 In an age dominated by text-based communication, where words on social media become identity markers, we may ask ourselves: Who or what, in this world of words, is the Word of God? And how do we discern our response to hearing and receiving such a Word?

How do we define the Word of God? Karl Barth, the 20th-century Swiss theologian, describes the Word of God as an “address” identified in a three-form way. The Word of God can be Christ, the scriptures or the preaching event. While God uses human means to reveal God’s self, God’s revelation is not limited to our human attempts. However, God’s revelation becomes alive and active through human participation aided by the Spirit in ways that often appear surprising to us.

In examining how we discern the Word of God, I discovered an overlooked source of wisdom: Julia Foote, a 19th-century African American preacher and evangelist.

“Pairing Scripture with contemporary events, guided by the Spirit’s movement, enables us to see and experience Scripture and our own contexts anew.”

Foote exemplifies how we might use these various forms to speak about God’s calling for and to us. Born in New York to formerly enslaved parents, she received a calling to preach, struggling against sexism and racism along the way. She became the first woman to be ordained a deacon in the African Methodist Episcopal Zion Church, and before her death in 1900, was the second woman to be ordained as an elder.

As Lisa Zimerelli suggests, Foote carefully discerns contemporary concerns while penning her autobiography, weaving language from current events along with Scripture and hymns to share how God might be revealed to her and her community. She borrows phrases from Richard Allen, founder of the African Methodist Episcopal Church, and the 1857 Dred Scott decision, both of which depicted racial inequality. Those reading her words may have recognized these phrases as they plagued the American consciousness before and after the Civil War.

She then uses Scripture to counter such phrases, recognizing that Joel 2 and Galatians 3:28 affirm all persons are equal as siblings in Christ, and that the Spirit’s presence in her and in women of the Bible affirm her calling. She vows to continue to preach “though hell may rage and vent its spite.” It wasn’t just hell raging: Foote encounters raging white folks and church authorities. Her firm footing in the biblical narratives and church history enables her to stand strong and continue to travel and preach.

By weaving contemporary political events into her own experiences as a black woman pastor, Foote demonstrates that everything in our public life is touched by God’s Word(s). While the church does not (and should not) control public life, the Spirit’s presence is not solely confined to church or Bible study. For her, faith experiences do not end after church on Sunday morning, but color everything she says and does. Thus, she can bring the Bible to speak to her era’s most critical concerns.

Following Foote’s methodology, what popular phrases in our era can be illuminated or critiqued by the Word of God? Donald Trump’s presidential slogan, “Make America Great Again” comes to mind as a contentious phrase in American consciousness. How might we use God’s Word to reflect upon this?

I’m reminded of the Hebrew people grumbling to Moses in the wilderness. While they were freed from Egypt’s brutal control, they remained uncertain of what lay ahead and, in that moment, longed to go back to the insular familiarity rather than embrace what God laid before them. They expressed their longings to Moses and Aaron: “If only we had died by the hand of the Lord in the land of Egypt, when we sat by the fleshpots and ate our fill of bread; for you have brought us out into this wilderness to kill this whole assembly with hunger” (Exodus 16:3). The nostalgia of home hindered their ability to trust God. They preferred familiar enslavement rather than a new freedom.

Might that be the case for those who desire to make American great again? When was America “great,” and did this greatness include people of all economic classes, races, genders and sexual orientations? Was this an America of justice, humility and kindness (Micah 6:8)?

Pairing Scripture with contemporary events, guided by the Spirit’s movement, enables us to see and experience Scripture and our own contexts anew. This is the gift that Julia Foote offers us, writing words about God so that we may know more fully the liberating Word of God for our own time.