Joining the resistance: A 100-day counter-agenda for the Church 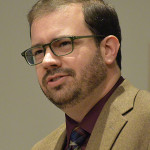 The Christian movement has never been in a cozy relationship with empire and remained a healthy and vital movement. Rightly spoken, “Jesus is Lord” is always a statement of subversion to the empire’s rule. And there are no easy or quick resolutions to the way the rule of empire and the reign of God are at odds with one another in each successive age.

Jan. 20 begins the first 100 days of the Trump presidency when the new administration’s long-promised plans will come to frightening fruition. Nearly ever facet of our lives will be impacted by what beings to take place within this timeframe. And while our worship and work and witness should always point to a counter-movement distinct from the empire’s agenda — no matter its current custodian — these 100 days are an especially potent time to develop our own “100-day counter-agenda” in our congregations.

The first Sunday of the 100 days is Jan. 22 and the last is April 30. This encompasses most of the season of Epiphany, all of Lent, Easter Sunday and the following two Sundays of the Easter season. That’s 15 Sundays during which our worship and work can explicitly witness to another way. How might our congregations seize this window of time as an opportunity to develop a prophetic vision that ruptures the taken for granted status quo of the world-as-it-is with a compelling vision of the world-as-it-ought-to-be? For my congregation, this 100-day counter-agenda is beginning to take shape around the themes of sanctuary (Epiphany), reparations (Lent) and resurrection-as-resistance (Easter).

We’ll prophetically worship and work in the space between the world-as-it-is and the world-as-it-ought-to-be to consider whose lives in our community are being put in precarious positions by the policies of the new administration and how we can cultivate “sanctuary” for these individuals and for our collective wellbeing. This will include trans people, immigrants, Muslims, the undocumented and many others.

In the midst of a “Year of Dismantling White Supremacy” that is shaping our life together as a congregation, we’ll lean more fully in to Lent’s call to repentance. We’ll theologically and liturgically engage the difficult conversation surrounding “reparations” for long legacies of racial injustice and violence. We’ll enrich our understanding of what it means to truly repent and repair wrongdoing through teachings surrounding the Jewish concept of tikkun olam, or “repair of the world.” And we’ll commit ourselves in various ways personally and congregationally to performing the difficult but vital work of becoming repairers of the breach and restorers of streets to live in (Isaiah 58:12). And when we arrive at Easter, we’ll defiantly proclaim the confession that has echoed from the lips of souls from age to age: “Jesus is Lord.” And when we say it and sing it and pray it, I hope we’ll more fully embrace the subversive nature of the ancient resurrection claim: Jesus is Lord, not Caesar. We will celebrate resurrection as enlivening to our community of faith in the face of death-dealing politics. We’ll proclaim resurrection as portending the possibility of the impossible on the horizon: resurrection as resistance to empire’s claims of victory through death with the alternate claim of victory over death.

But that’s just one vision. Every congregation starts from a different place, contains a different makeup of political, theological and ideological perspectives, and needs to be challenged in a variety of different ways. What’s clear, no matter your starting point, is that what we do in worship should make a difference in how our lives take shape.

Worship as developing a counter-consciousness What we do in worship should shape our consciousness. Slowly, deliberately, and over time our worshipping live as a community of faith should induce a discomfort with the world-as-it-is and incubate a nascent dream for the world-as-it-ought-to-be. If it doesn’t, we’re probably doing it wrong.

Because, rightly spoken, “Jesus is Lord” is always a statement of subversion to the empire’s rule and it demands a counter-agenda for all seeking to follow another way.