The road to equity for all is still too long, but here’s a hero we need to remember

i
Prathia Hall at Brown Chapel AME Church in Selma, Ala., 1964. (Photo by Danny Lyon, archived at snccdigital.org.)
People always stand at particular points in history, sometimes fully aware of where they stand, but sometimes giving little or no notice. Today we stand at a juncture worth noting — Black History Month behind us, and in the first days of Women’s History Month.

We celebrated Black history by celebrating Black people, and now we celebrate the history of women by celebrating women. But as we celebrate the enormous legacies of Black persons and women, we must remember to lament the reality that full personhood often has been denied to both groups. Their history reminds us of discrimination, inequality, racism, misogyny, denial of voting rights — this list is endless, but it reaches its climactic power with police brutality and violence against women. The unending violence we see and hear in these days makes it impossible to say this nation is in a place of progress in the area of equity, justice and respect for all people. I have been pondering both “history months” that appear on my calendar one immediately after the other. Doing that, a person to celebrate came to mind.

She is a woman, and she is Black, a perfect person to celebrate for both history months. She is a woman not too many people know about. That’s a shame, because this Black woman commands attention. What better time than in these commemorative months to learn a bit about a Black woman who changed history — from the margins.

Not many people knew she was a hero, but in my mind, a young Civil Rights activist named Prathia LauraAnn Hall (1940–2002) most definitely was a hero. The more I learn about her, the more I name her one of my heroes.

I confess I did not know much about her until I read the extraordinary book Freedom Faith: The Womanist Vision of Prathia Hall, written by Courtney Pace. She wrote: “While King made ‘I have a dream’ internationally famous, he first heard the phrase used in that particular way by Prathia Hall in Southwest Georgia.”

Her gift as a powerful speaker was only a small sample of her commitment to racial justice. She was indeed formidable. She exhibited courage, persistence, commitment and knowledge. 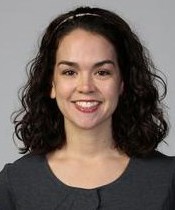 Pace writes of her: “Prathia Hall spoke strongly against layered forms of oppression — sexism, racism, classism, ageism, heterosexism, denominationalism — and called her hearers to work in cooperation with others and in affirmation of human rights.”

Pace also notes in her book that Hall largely was ignored by scholars and commentators.

“The history of the Civil Rights movement has often fallen for the Great Man Theory, emphasizing figures like King, John Lewis and Malcolm X. In spite of the fact that women comprised 80% of the laborers in the movement, and even as the literature has expanded to include local figures, such as Fred Shuttlesworth and Medgar Evers, the focus has remained predominantly on men, which neglects — even erases — the thousands of women who supported the movement through local activism. This exclusion also denies the rightful place of women at the center of any history of religion in the United States.”

Each time I see the many forms of inequality that continue to cause unending strife among us, I begin to believe that the road to equity for all is still too long, still strewn with rocks that symbolize very real obstacles. I lament horrific events like the murders of Ahmaud Arbery, George Floyd and Breonna Taylor. I lament the countless reports of violence against women. I lament that, for the most part, churches and people of faith have not acted in righteousness anger to level the ground on which all people stand. The enemy is power, which is at the root of oppressive systems. We would be telling truth if we bravely declared that power also is at the root of oppressive people.

“The road to equity for all is still too long, still strewn with rocks that symbolize very real obstacles.”

Yet, I am heartened by the story of Prathia Hall’s remarkable life, a life that was a testimony to the long and hard struggle for equality and justice. People who commit “to do justice, and to love kindness, and to walk humbly with God” will press on toward the day when oppression ceases and all people are regarded as people of sacred worth.

Isn’t this the quest for every person’s justice “movement?” Might each of us join the “movement” against oppressive power, or will we continue watching it from afar? The oppressive systems of racism — and every other “ism” — mark our society with a shameful stain, adversely affect our communities, negatively impact education, threaten our children’s safety and will, in the end, be our undoing. Prathia Hall proclaimed a gospel that unapologetically lifted up the liberation of persons and the transformation of systems so that, as she said it, “all of God’s people could be free.” Insisting on this freedom, she not only set her feet firmly in the fight to end racial injustice, she stood firmly against all forms of injustice, and she said so with fervency and conviction.

She preached this message to a group of Black seminarians gathered at Princeton Theological Seminary: “The faith struggle and the freedom struggle were irretrievably woven together. And faith fired freedom and freedom fired faith. They fueled each other and … when there is continuity between the faith struggle and the freedom struggle, we make advancements; and when there is discontinuity, we mark time or lose ground.”

Prathia Hall is an unsung hero whose voice has only recently being recovered, a gift to us all.

To conclude, I offer these words of hers chronicled in the PBS documentary This Far by Faith: African American Spiritual Journeys:

Our ancestors “had the wisdom of the ages, which they so generously shared with us. They had lived in this system of brutal racial injustice all of their lives, and for their generations past. And somehow, they found a way to survive. Not only to remain physically alive, but to remain psychically and spiritually alive. … They had done that because each generation had passed on to the next generation this thing that I call freedom faith. This sense that I’m not a n*** … I’m not a gal, I’m not boy. I am God’s child. …

“And so they managed to live amid those dangers and to experience the brutality, and all the rest of it, and still remain whole. Because their wholeness was something which transcended the realities which they were living in their daily lives. And so from somewhere beyond them and somewhere deeply within them came this courage … to get up in a meeting, and say I’m afraid. It may cost my job, it may cost my life, but I want to be free, and I want my children to be free. So I’m going down to the courthouse, and I’m going to sign my name. And I’m going to trust God to take me there, and I’m going to trust God to bring me back. That’s courage. That’s faith. That’s freedom faith.”

Prathia Hall, in this Women’s History Month we thank you for your courageous example of standing without fear for “freedom faith.” May we, too, shout “freedom faith” from the mountaintops — diligently, persistently, continually — until love transcends oppression.

Prathia Hall, thank you. You said it well and you said it first: “I have a dream!” People of faith, I am convinced of this one holy truth: We, too, have a dream.

GAs Gone Bad: Baptist women you should be reading | Opinion by Susan Shaw