Why aren’t we better at differing?

Where I come from, we had colorful descriptions of people who are argumentative, or with whom it’s hard to differ. I’m sure you did, too. Here are some I remember:

People have differed for basically as long as there have been people. Right? That’s nothing new. This is the one I hear so much lately, though. “Why are we so divided as a nation?” 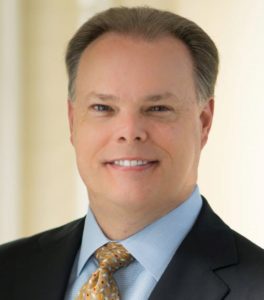 That makes me ask a related question: Why aren’t we better at differing?

On Nov. 19, 2019, an amazing thing happened in Washington, D.C. The now late John Lewis, himself diminishing quickly because of late-stage pancreatic cancer, rose in the U.S. Congress to pay tribute to his Republican colleague Johnny Isakson. It was the last day of Sen. Isakson’s service, because Parkinson’s disease had forced him to resign his office.

A fellow congressman yielded some of his time in order for Rep. Lewis to make his speech. For about 6 minutes, John Lewis spoke of their tenure of service together. Representatives from the same state — but with so little else in common. Except that they had become friends over the decades.

John Lewis, a Black man and Democrat, represented some of wealthy Atlanta but also some of the poorer parts of town. Lewis had been beaten in Selma back when he walked with Martin Luther King. He was our congressional rep when Elizabeth and I lived in Midtown Atlanta and I worked in Buckhead. Isakson, a white Republican, was the son of one of my Dad’s most regular customers back in the day.

Lewis acknowledged how often they had found themselves on opposing sides of causes up in Washington, but also how decent and good he had found Johnny Isakson to be. These two men learned over time how to work together and to trust one another. John Lewis and Johnny Isakson embrace on the House floor.

Then — and this is what made the videos go viral — John Lewis and Johnny Isakson made eye contact right as Lewis finished his brief tribute. For a second, Isakson made an obvious attempt to walk toward Lewis, who was a good 50 feet away at a podium. Although Lewis would die first months later, at the moment he was the one more able to walk. “Stay where you are, my friend,” Lewis said. “I will come to you.”

The nation watched as these two men embraced each other. A long, genuine, loving embrace and not ceremony contrived for the cameras. Finally, a fellow congressman spoke and said, “I wish all of America could be here to see that. Two icons from the state of Georgia embracing. What a wonderful sight, that I think is representative of the days past … and the days to come. Thank you both, not just for what you do but for who you are.”

We have lost a sense of decency and camaraderie. We have lost our way as a culture. We seem to have lost the will and the creativity to bridge obvious gaps. We have taken on a basic distrust and dislike for people once we know we differ from them. We have decided that those who disagree or think differently from us must not only be outvoted, they must be eliminated. We have decided that to talk about our tremendous differences, and how poorly we seem to be managing them, even that is too hot a topic to discuss.

About right now, colleagues in my own Baptist pond who have read this far are already offering their own internal rebuttals. Some few of my friends serve churches that are more declared and less purple than my own. Others have decided that a given moment or issue was their hill to die on vocationally. They have had to move to different churches afterward, and many simply left vocational ministry.

“I wonder if for the rest of us, the rank and file who serve in diverse congregational settings, there might be a third rail to choose between being (usually) left of the church we serve or simply staying silent and going along to stay safe?”

I wonder if for the rest of us, the rank and file who serve in diverse congregational settings, there might be a third rail to choose between being (usually) left of the church we serve or simply staying silent and going along to stay safe?

When I was called here to my church, I was charged with remaining politically neutral. And I’ve worked at that. I have been poked at by some of my own friends who insist that is a copout of a charge to accept. It might help you to know that my congregation is a fairly progressive CBF-only body. We are deeply involved in our community and beyond. We host a now well-chronicled “Faith on Draft” group monthly that has some amazing and open-minded conversations on thorny cultural and theological matters. Often, as many as 60 people meet up around drinks to talk.

However, we are also as purple as we can be. Studying together and worshiping nearby are always Biden-voting Democrats and Trump-voting Republicans, each in strong numbers here. There are too many pluses to serving a healthy, involved and committed congregation for me to lose sight of the faint line between brave vs. reckless.

Here are some things that are politically neutral, then. Encouraging each other to not bear false-witness. That’s politically neutral. We all might want to fact-check to see if what we’re spreading is true. After all, our honesty and integrity know no partisanship.

“Our honesty and integrity know no partisanship.”

It’s also neutral to observe that watching people post things on social media about the “other side” is disturbing today. I watch knowing that so many are shooting scatter-shot and hitting friends and even other generations of their own family. Saying hurtful things about topics that I promise you won’t matter in 30 years, but which can slowly drive a wedge between them right now.

I tell you what else is politically neutral. Knowing that non-Christians are watching church people be petty, argumentative, ugly … and them being able to say, “They’re not any different than we are.” In the spirit of the Apostle Paul in Romans 12:1-8, we do well to remember that he was trying to get the Christians at Rome to see not only how to keep a church together, but also how to live in harmony with their friends and neighbors who weren’t of their faith at all. In fact, he said, “Do not be conformed to this world, but be transformed by the renewing of your minds, so that you may discern what is the will of God — what is good and acceptable and perfect.”

In other words, as people who profess Jesus Christ let’s don’t go acting just like the folks who don’t know Christ. If we’re so busy tearing each other up, and tearing up our neighborhoods, families and even our churches, it also doesn’t matter how great we say our faith in God is.

We’ve got to get better at differing in our culture. People always have had differences. That’s obvious. We’re just really bad as a nation at differing right now. It is we, the church, who should be setting the pace and showing everyone around us that there is a better way. I promise you, there is a world that is watching us and noticing and wondering why we are all — Christians included — so bad at differing.

Divisions over abortion and other life and death issues: the problem is not purple churches | Opinion by Mark Wingfield