The list of public figures demanding Gov. Andrew Cuomo’s resignation is growing. The investigation into sexual harassment complaints yielded credible evidence he harassed 11 women. Now he faces the possibility of impeachment. Just last year, people celebrated Cuomo’s response to the pandemic, and the Emmys rewarded him for his daily briefings.

Seeing Cuomo fall is frustrating but not surprising. It is frustrating because the world needs good leaders. During much of the early pandemic, his daily briefings provided a calming, science-based presence. These briefings were similar to a ministry of presence where someone is in the moment with someone who is suffering. A ministry of presence allows Christ followers to participate in God’s work — just as Psalm 139 reassures people that God is always present — and being a calming presence lets one remind others of God’s presence. 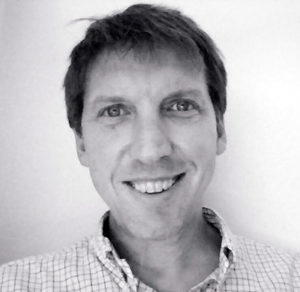 We cannot truly know Cuomo’s motivation for holding those briefings, yet at a time when misinformation spread like wildfire and many political leaders seemed to abandon their posts, he was helpful.

The accusations against Cuomo are not surprising because he is human. No one is perfect. Paul reminds the church in Rome of the pervasiveness of sin when he writes, “All have sinned” (Romans 3.23). Neither my lack of surprise nor Paul’s reminder of the universality of sin exonerates the sinner. Paul continues, “They are now justified by his grace as a gift, through the redemption that is in Christ Jesus” (Romans 3.24).

Just because everyone has sinned does not mean everyone should do things to separate themselves from God. Cuomo is no different. Harassing someone has ramifications. Harassment dehumanizes the person and turns them into an object.

The #MeToo movement delivered poetic accountability to people who had not faced it before. Major figures in entertainment, sports, politics, the military and churches no longer could hide. The survivors of their abuse named them and pulled back the veil concealing their sins.

When we do anything to separate ourselves from God, we commit a sin. The beauty of grace is God’s speed to forgive. After David raped Bathsheba, he tried twice to cover his sins. First, he attempted to set up Uriah as the father of Bathsheba’s child. Second, when Uriah refused to sleep with his wife, David had Joab attack a city and put Uriah in the front line. He said, “Let me know when Uriah is dead” (2 Samuel 11-12).

“Covering a sin lacks the transformation that comes with repentance.”

At this point, four prosecutors are investigating the accusations against Cuomo. The pain he caused is real, and authorities should hold him accountable for every law he broke. The public cannot exonerate his bad behavior because he was a helpful voice during the pandemic.

A lesson from King David

For those of us who read about this latest addition to the #MeToo litany, we can learn a valuable lesson exemplified in the story of David’s rape of Bathsheba. The cover-up did not work. It never does. David could not undo what he did. After hearing Nathan’s indictment, he had a choice. He could continue trying to cover his tracks, ignore it and move on, or repent. David’s sincere contrition and acknowledgement of his actions allowed him to experience God’s grace.

When we see leaders fall, joining the chorus of calls for a resignation is tempting but hypocritical. “Do not judge others” is a common biblical theme (see James 4.11-12). Just because someone has not harassed or sexually assaulted anyone does not give that one license to judge. When a prominent person falls, the public response is not always associated with justice or furthering equal rights. Sometimes people feel a sense of self-satisfaction when they witness the trouble or failure of a prominent public figure.

Nathan told David a story to help him see what he had done wrong. When David proclaimed justice, he was ready to hear what he did wrong, and Nathan listed everything God gave him. David confessed, “I have sinned against the Lord.” As God’s mouthpiece, Nathan offered God’s forgiveness (2 Samuel 12.13).

“Does Cuomo (like so many others) need a Nathan to help him truly see his actions?”

Does Cuomo (like so many others) need a Nathan to help him truly see his actions? Yes. We all do. Hearing a story that incites our sense of righteous indignation attunes us to the injustices all around us. As our blood boils at the thought of someone doing something wrong, we are ready to hear, “You are that one!”

The #MeToo movement centered on a particular kind of taking. Men took dignity, self-respect and so much more from women. Even men who did not actively engage in oppressive actions benefited from the culture of male dominance. Opportunities for men outnumber those for women, and the gender wage gap persists. Focusing on sins relating to harassment and assault means looking inward. A thorough self-examination of how we look at others can lead to changes in how we live and behave.

Does gendered language about God foster persisting notions of a masculine God? Do we promote gendered roles in our churches? (“The women of the church will bring casseroles, and the men will set up the tables.”) Or, do we associate a specific gender with various jobs? Adjusting our language to be more inclusive will not stop sexual predators and harassment, but it is a start.

A resignation is not enough

Although more people have called for Cuomo to resign since I started writing, I cannot join them. I also do not think he should not resign (yes, a double negative). I have no idea how seriously he takes his Catholic faith, and I do not know his friends. However, there must be someone who could tell him a story about trust and betrayal. It would have to be a story that would incite his sense of righteous indignation. At the moment he was ready to decry the behavior of the villain of the story, his friend could say, “You are that one!”

Then, with no prompting from other politicians and no media outcry, he would repent. Resigning would give him the space away from public life to seek transformation and apologize to anyone he wronged. It would take him away from the pressure to perform in public and distractions from spiritual renewal. This kind of resignation could be an inspirational testimony and draw more people to that kind of transformational faith.

Matthew Tennant serves as senior pastor of University Baptist Church in Charlottesville, Va. He is a graduate of Carson-Newman College, University of Alabama at Birmingham, Baptist Theological Seminary at Richmond, and University of Oxford. He has written several books, including Crossing the Lines We Draw. Follow him on Twitter or check out his blog.

Accusations against Andrew Cuomo, sexual misconduct in the church and the three myths they have in common