During the social revolution in South Africa that brought an end to the era of apartheid and a government of white supremacy, Allan Boesak, a Black South African theologian, wrote, “Apartheid is heresy.” And not only that, he later wrote, it is blasphemy and idolatry too.

Apartheid was not only a political system of oppression, it also was a theological and spiritual error of the most grave kind. A Reformed Church theologian, Boesak was bringing his own church to account for its support of this system of government. 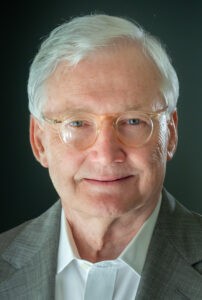 Today, as Russian President Putin invades and ravages the neighboring nation of Ukraine — with the support of the Russian Orthodox Church — we pause to take a look at our own nation and the American church as it is increasingly enthralled to autocracy and authoritarianism. “Autocracy” is generally defined as a government ruled by one person who demands complete obedience.

We saw it at work on Jan. 6, 2021, as the insurrection and assault on democracy was at the instigation of President Trump, who flouted the rule of law in an attempt to remain president. The founders of the nation and writers of the Constitution formed a nation of “laws, not men,” the president himself not above the law. As Judge Ketanji Brown Jackson wrote in a legal decision concerning President Trump and the limits of executive privilege, “Presidents are not kings.”

The allure of autocracy is in the air in our nation, and not only on a national and international political level, but also in the personal and church spheres too. Our era of radical individualism and the promotion of the modern “autonomous self” has spawned a nation of tiny autocrats who are a “law unto themselves.” They flout their freedom from the constraints of laws and rules and mores. “Freedom” is their rallying cry. My freedom.

They wear red MAGA hats; they refuse to get vaccinated or wear masks; they reject any kind of authority — political, scientific or moral — they try to kidnap the governor of Michigan; they storm the Capitol and assault police trying to protect the lives of members of Congress. They see themselves superior to the laws and the lawmakers.

We all are tempted to live as if the rules apply to others and not to us. It’s called the sin of pride. But there’s an epidemic of scofflaws and autocrats in America today, American individualism run amok.

“In Southern Baptist and evangelical churches, the idea of pastor as ruler of the congregation has been building for decades.”

It is happening in the American church, too, as pastors become autocrats in their churches. In Southern Baptist and evangelical churches, the idea of pastor as ruler of the congregation has been building for decades. In the mid-1980s, W.A. Criswell, pastor of First Baptist Church of Dallas, a flagship fundamentalist/conservative church, said, “A laity-led, layman-led, deacon-led, church will be a weak church anywhere. … The pastor is the ruler of the church. There is no other thing than that in the Bible.”

Well, how about Jesus’ words to his disciples: “You know that the rulers of the Gentiles lord it over them. … It shall not be so among you.” Or Peter’s words: “Tend the flock of God that is in your charge … not for selfish gain but eagerly, not as domineering over those in your charge, but being examples to the flock.” And what was the example? The Jesus who said, “For the Son of Man came not to be served but to serve.”

And we cannot leave out Paul, who wrote to the church in Corinth: “Not that we lord it over your faith; we work with you for your joy.” Paul was speaking about the “super-apostles (in the Greek, the hyper-apostoloi ) who had come to Corinth to do just that, lord it over their faith. Paul called them false apostles (pseudo-apostoloi) who preach “another Jesus” and “another gospel.” Paul says they have come into Corinth “putting on airs” and “making slaves of you.” Paul responds, “We were too weak for that.”

Today the super-apostles and super churches abound. And what about their Jesus and their gospel? In 2016 Donald Trump rode to victory with 81% of the evangelical vote. In her brilliant book, Jesus and John Wayne, professor Kristen Kobes Du Mez has documented how for 75 years the evangelical church has promoted an uber-masculine, warrior defender Jesus in the mold of John Wayne who comes in with a swagger to help them defeat their enemies. They were ready for Trump as president. The current pastor of the aforementioned First Baptist Church of Dallas, Robert Jeffress, has become a chief supporter and apologist for Trump. He has defended his support for Trump, saying he did not want a soft, “turn-the-other cheek” kind of president, but an “S.O.B.”

“They think autocracy is a better bet than democracy to preserve their Christian values.”

We have witnessed a groundswell of support among conservative evangelicals and Catholics for an autocratic president. It doesn’t seem to be waning significantly. They think autocracy is a better bet than democracy to preserve their Christian values.

Autocracy is a heresy because it undermines the dignity and respect of every human as a child of God created in the divine image. It denies that God has made us not for isolation but for communion and community. It rejects the command of neighbor-love and, as Paul wrote of the self-worshippers of his day, “they exchanged the truth for a lie and worshiped and served the creature rather than the Creator.”

That is why autocracy is not only a heresy but is blasphemy and idolatry too.

Politics, partisanship and the powerless | Opinion by Marv Knox