Do only black football players sexually assault coeds at Baylor? 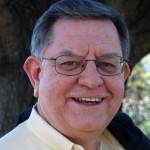 The SBC messengers passed a resolution calling on “brothers and sisters in Christ to discontinue the display of the Confederate battle flag as a sign of solidarity of the whole body of Christ, including our African American brothers and sisters.”

Jimmy Carter was featured in The Atlantic in an article entitled “Jimmy Carter Makes One Final Push to End Racism.” Next week the Carter-inspired New Baptist Covenant holds a luncheon where it will promote a forthcoming summit in Atlanta. The New Baptist Covenant primarily focuses on three denominations and other organizations affiliated with these denominations — the Cooperative Baptist Fellowship, Progressive National Baptist Convention, and American Baptist Churches USA.

At the same time that Baptists go into their corners and try to come out racially reconciled, today, Friday, June 17th, is the first anniversary of the Mother Emanuel Nine Murders in Charleston, S.C. Jeffrey Collins, a deacon in my church, was the primary Associated Press writer of stories about the Mother Emanuel Nine last year. This week he co-authored an article with fellow AP writer Jonathan Drew entitled “1 year after church shooting, much is the same in Charleston.”

In this article Collins and Drew suggest “little has changed in Charleston, the city where tens of thousands of enslaved Africans first set foot in North America.” It appears as soon as the South Carolina General Assembly voted to furl the Confederate flag on the statehouse grounds, they shut the door on other changes. The Confederate flag still hangs in the campus chapel at the Citadel, and Confederate soldiers are still sitting on their horses as monuments throughout Charleston and on the statehouse grounds.

What does all of this have to do with football players, sexual assault and Baylor University? It is because my long-term colleague and friend, David Emmanuel Goatley, executive secretary-treasurer of the Lott Cary Baptist Foreign Mission Society, contacted me this week.

He wanted to express as a black Baptist leader that in the midst of all the other events going on he did not want the Baylor situation, and his conviction about racial biases, to be lost because emerging stories drown out the race and class questions Baylor still must address.

I suggested we talk. Here is what David had to say. He primarily wanted to raise questions for consideration from his perspective acknowledging all facts are not publicly known. Yet, if he as a Baptist leader has legitimate concerns and real fears that race and class bias is being ignored, he believes he has a responsibility to raise questions.

First, why are the football players reported in the news to be perpetrators all black? Do white football players at Baylor not sexually assault women? The general perception in our country is that white males can access good, strong, legal support, or they have relationship ties that handle their actions in a quieter way. While this may not at all be the case at Baylor, the national trend begs the question of why do we handle more quietly situations where white men are involved?

Second, to what extent did any bias in the law enforcement and the criminal justice system as it relates to blacks and whites play into what we know about the perpetrators of sexual assault? The perception in our society is that there is race and class prejudice in these systems. Statistics show a compelling case that this is more than a perception. Michelle Alexander, in her book The New Jim Crow, and others cite statistical data demonstrating that while black and white people use drugs at comparable rates, black people are arrested, prosecuted and incarcerated at staggeringly disproportionately higher rates.

Third, what is Baylor’s responsibility, and even obligation, to work against the negative media images that saturates print, radio, television and Internet channels? In spite of attempts at unbiased reporting, there may be unconscious bias that Baylor can address.

Fourth, what will Baylor do to create a secure environment for learning without allowing the pursuit of justice to become tilted because of race and class? Baylor, as well as all of society, must support victims of sexual assault within a secure environment with equal justice for all.

Fifth, can we expect this situation to lead Baylor to become a model for justice among all races and ethnicities, and all socioeconomic classes? Since Baylor describes itself as the largest Baptist university in the world, that carries with it a heightened responsibility of justice, and fairness for all. Will Baylor in the future model racial justice or racial injustice?

Sixth, the recent false start on diversity efforts at Baylor with the resignation of provost and executive vice president Edwin Trevathan at least raises questions about Baylor’s commitment to diversity that would address racial equity. David Goatley knows that Trevathan was replaced by Gregory Jones, and Elizabeth Palacios is now special assistant to the president on diversity. However, the proof of a strong commitment to diversity is in the actions and not the appointments.

These are just some of David’s questions. How will Baylor respond in a way that can take us all forward as Baptists? How will they lead during a time and in a situation that has been thrust upon them? Because of its high profile nationally, the vast reach of its alumni and student base, and the influence of its administration and faculty, Baylor’s actions could be even greater in their impact than an SBC resolution, a meeting of SBC and NBC-USA presidents, a New Baptist Covenant summit among moderate to progressive Baptists or the actions of the General Assembly in South Carolina.

After getting bashed and scorned for its failure to act, does Baylor have the will to lead?