How do we define the circle of we? 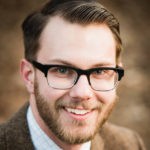 My professor for the course was the embodiment of a disheveled college instructor who thought about lofty ideas far more than whether or not his clothes matched. His love of the material greatly exceed that of any of the students in his class, and this passion made a number of seemingly dull books and readings at the very least, slightly interesting.

While I do not remember many details from the topics and readings that we discussed in class, he raised a question that I will never forget. “The question for 19th-century Americans,” he exclaimed, “was how do we define the circle of we?” As the budding new nation, recently broken away from their parent country, entered into the world, its citizens had to ask themselves who they would be. They had to ask themselves who would be included within their circle.

How do we define the circle of we?

Issues of class were wrapped up in this question for early Americans. Men who owned their own property were certainly to be included within the circle of we, but the whether or not those property-less men would be included was another question.

The 19th century also wrestled with questions of human enslavement. Did the circle of we include the nearly four million slaves owned before the start of the Civil War? What about free black members of society? Were they defined within or without the circle?

In 1848, a convention in Seneca Falls, N.Y., convened in order to question whether or not women belonged within the circle of we. The 1840s were also host to the question of whether or not Irish Catholics, fleeing from famine in Ireland could be included within this same largely Protestant circle.

Following the Civil War, the question persisted. What was America to make of Asian immigrants coming to the West Coast? The Page Act of 1875 outlawed businesses from importing Asian contract laborers and seven years later the Chinese Exclusion Act limited the number of Chinese immigrants who could enter the country over a 10-year period. This act was renewed twice, setting quotas on Chinese immigrants for over 30 years.

Indeed the 19th century was about how to define in the circle of we, but as I continue to reflect on this question, I must admit that this question does not seem to be unique to the 19th-century American experience.

The Immigration Act of 1924 set quotas on immigrants particularly along a racial bias, limiting the stream of those who could enter into the country and become apart of the circle of we. This system was affirmed again in 1952 and was not abandoned until 1965 with the Hart-Celler Act.

The 20th century also witnessed the implementation of Jim Crow Laws and the lynchings of numerous black members of society. Poll taxes and literacy tests sought to keep black Americans from voting for more than half of the century.

It is easy to see that we have been here before. History shows us that we are not perfect and that we have made mistakes when it comes to defining the circle of we.

As I wrestle with this question that arises within American history as well as in today’s society, I wonder what the gospel can say, if anything, to this question? Certainly there is room to see a very small, limited circle in the gospel but there is also room to see a circle that includes diversity and an expansiveness that captures the whole of the human experience. Looking at both options, I cannot understand why we would not choose to hope and lean into that expansive circle in which grace abounds without end.