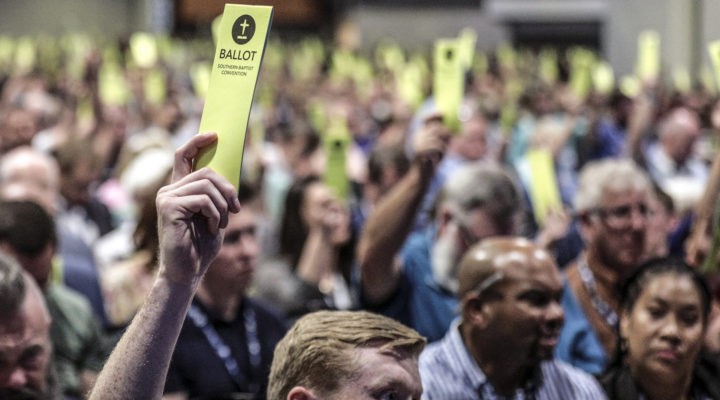 Listening and learning from the SBC: Does the buck stop here?

Tom Buck, pastor of First Baptist Church in Lindale, Texas, was quoted last week after the Southern Baptist Convention annual meeting as stating, “We gave more than $225,000 to the SBC, and we feel like we have no voice.”

Earlier he had been quoted as warning, “There is a cancer in our convention; and, if we don’t wake up soon, it’ll be too late.”

Buck has identified in his two quotes above the real problem within the ultra-conservative movement of the SBC. The “cancer” within the convention may not be the perceived leftward drift within a convention that must make a course correction before it plunges off the proverbial edge. As an ultraconservative who is often quoted for his caustic remarks regarding those politicians and religious leaders whom he perceives as moderate, liberal and not adhering to his brand of Republican politics in the era of Trump, Buck appears to lack a humility and compassion that is reflective of a follower of Christ.

Part of the cancer, as I see it, is that ultraconservatives prefer power both within the denomination as well as in national politics. This power is supposedly based on the ability of an influential church to pay the money that is perceived as necessary to have a dominant “voice.” This dominant voice is expected to have its wishes realized through the various votes, appointments and so forth.

Hence, we now arrive at the elephant in the room of modern-day politics and governance within religious organizations. With the millions and even billions of dollars that are being raised and spent on various political campaigns and within religious organizations, if the wrong person wins, there will be no acceptance of loss by the loser. Our democracy depends on the willingness of a loser to accept the loss and extend a hand to the winner. In athletic events, we call this good sportsmanship.

I’ve been a Southern Baptist all my life, having been baptized at the age of 7 in a Southern Baptist church in Norfolk, Va. During my lifetime, I have witnessed church splits, refusals to admit people of color, withholding offerings to force out pastors, and hateful speech. The past 40 years have been very trying times for me as I have witnessed the calcification of a proud religious tradition into a structure formed by a national politics favoring the white, wealthy and privileged.

In national politics, we are witnessing the destructive power of money. When the money cannot produce the outcomes that the party desires, then that party spends money to rig the system. When the rigged system still does not produce the desired results, we hear a call for the use of the Second Amendment to take up arms.

“The past 40 years have been very trying times for me as I have witnessed the calcification of a proud religious tradition into a structure formed by a national politics favoring the white, wealthy and privileged.”

I often wonder how many poor people could be helped by the generosity of those few who contribute tens of millions of dollars into the coffers of various political campaigns.

My prayer is for the healing of a country that has been torn by pride, untruthfulness, money and prejudice. It has been torn further by a decrease in civility and optimism.

Yes, there is a cancer in the Southern Baptist Convention. The root of this cancer seems to be money. Why is this so? As Pastor Buck has implied in his quoted remarks, money talks and should have the final say. My question is, whose side are we on — Jesus or the Pharisees?