Just a month after making headlines by announcing her departure from the Southern Baptist Convention, popular author and Bible teacher Beth Moore launched a second salvo against the male-dominated leadership of the SBC.

In a tweet April 7, she apologized for previously supporting the theology of complementarianism, which teaches male headship in church and home as a God-ordained requirement. Complementarianism has become a staple of SBC and evangelical Christian theology and has been used as a litmus test for hiring seminary faculty in some places.

Three of the SBC’s six seminary presidents currently serve on the advisory council for the Council on Biblical Manhood and Womanhood — a group once considered fringe in the SBC but now fully within the mainstream. The organization’s website explains: “CBMW has played a formative role in helping numerous denominations and organizations promote gospel-driven gender roles, including the Southern Baptist Convention and the Presbyterian Church of America.”

“Complementarianism” is a label defined by the Council on Biblical Manhood and Womanhood. It refers to a belief that God created men and women with “equal dignity and worth” but with different roles. Among the distinctions in roles is the assertion that God intends only men to be leaders in the church and home, with specific prohibitions on women serving as pastors. Some complementarians go so far as to prohibit women from teaching men or boys at all.

For that reason, Moore’s high-profile role as a Bible teacher in evangelical circles has rankled some complementarians from the beginning. That’s also why for many years Moore took great pains to say that what she does is “Bible teaching” and not “preaching.”

While still espousing a largely conservative framework of biblical interpretation, Moore has departed from the Trump-era politicization of the SBC and its reliance on white male leadership.

Her April 7 tweet read: “Let me be blunt. When you functionally treat complementarianism — a doctrine of MAN — as if it belongs among the matters of 1st importance, yea, as a litmus test for where one stands on inerrancy & authority of Scripture, you are the ones who have misused Scripture. You went too far.”

A second tweet in the thread added: “I beg your forgiveness where I was complicit. I could not see it for what it was until 2016. I plead your forgiveness for how I just submitted to it and supported it and taught it.”

“I plead your forgiveness for how I just submitted to it and supported it and taught it.”

Moore’s language did not appear to declare complementarianism a heresy but instead to declare it not a matter of first importance. But even that was too much for ardent defenders of separate roles for men and women. Her own Twitter thread quickly accumulated rebukes of her position, with some male respondents being accused by others of “mansplaining” their views to Moore.

One Twitter respondent tweeting under the label The Majesty’s Men wrote: “Guess it’s a good time to break it to you that God came up with patriarchy. That was totally his idea and good design. You can thank Him later.”

Yet others welcomed Moore’s declaration. Beth Allison Barr, author of a forthcoming book debunking complementarianism from a biblical perspective, tweeted: “Her courageous admission of complicity in a system that harms women and clear recognition of complementarianism as man-made took my breath away.”

Religion News Service reported a further explanation from Barr, who likened Moore to Joshua commanding the people to shout so the walls of Jericho fall down: “She just shouted. This is going to be the beginning of the end of complementarianism.” 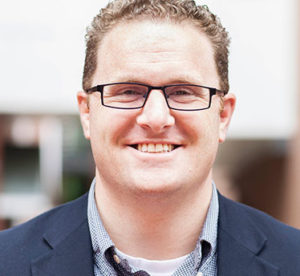 Meanwhile, Denny Burk, president of the Council on Biblical Manhood and Womanhood (and a professor at Southern Baptist Theological Seminary’s Boyce College)  wrote a response to both Moore and Barr, especially taking on Moore’s assertion that complementarianism is man-made: “The claim that complementarianism is a man-made doctrinal innovation is a myth. The word ‘complementarianism’ is indeed a relatively new term. But it is a new term coined to refer to an ancient teaching that is rooted in the text of Scripture. On the contrary, egalitarianism is the doctrinal innovation, not the biblical idea that men and women are created equally in God’s image with distinct and complementary differences.”

However hopeful Barr and other non-complementarians might be to have Moore’s support, the reality is that complementarianism has become so ensconced within the SBC and conservative evangelicalism that rooting it out would take an enormous change.

In 2017, the Council on Biblical Manhood and Womanhood convened a meeting of evangelical leaders in Nashville, Tenn., hosted by the SBC’s Ethics and Religious Liberty Commission. From that meeting emerged a doctrinal statement known as the Nashville Statement, which includes 14 “articles,” largely focused on sexuality.

Complementarianism has become so ensconced within the SBC and conservative evangelicalism that rooting it out would take an enormous change.

Article 4 of the statement asserts: “We affirm that divinely ordained differences between male and female reflect God’s original creation design and are meant for human good and human flourishing.”

The Nashville Statement was conceived as a follow-on to another document called the Danvers Statement, which was the founding document for the Center for Biblical Manhood and Womanhood in 1987.

The Danvers statement declared that “distinctions in masculine and feminine roles are ordained by God as part of the created order” and that “Adam’s headship in marriage was established by God before the Fall.” Southwestern President Adam Greenway explained at the time: “Unfortunately, we live in a time in which once commonly accepted — indeed, previously never challenged — fundamental views about biology, gender, sexuality and the Bible are now deeply disputed in our culture. By adopting the Nashville Statement … Southwestern Seminary is leaving no doubt about our theological worldview and about the kind of pastors and ministers we are seeking to prepare to engage our world with the life-changing message of the gospel of Jesus Christ.”

At Southwest Baptist University — a school affiliated with the Missouri Baptist Convention — the requirement that certain faculty members annually affirm the Nashville Statement and the Danvers Statement along with two other doctrinal statements has led to faculty protests and accreditation problems.