i
Stacey Abrams (Photo by Dia Dipasupil/Getty Images for Bustle)

i
Stacey Abrams (Photo by Dia Dipasupil/Getty Images for Bustle)

When I sat down to interview Stacey Abrams, I remembered the day my daughter, Zyan, was born. As with many parents who see their children for the first time, that remains a memorable and even profoundly spiritual moment.

I remember thinking what type of woman I hoped she would grow up to be.

Perhaps that was true of Abrams’ parents, too. Today we know her as a woman whose life will be documented in history books. She is the first Black woman to run for governor in my home state of Georgia. 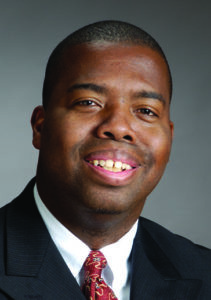 Let that sink in for just a minute: a Black woman running for governor in a Southern state that, at one time, boasted of its history of segregation — not to mention the many governors who did everything in their power to keep women like Abrams oppressed and voiceless.

Abrams told me she hopes she will be remembered for this: “My responsibility is not to try to be history but to make good history, make a good story for us to tell, and tell the story of who we are.”

I can only hope my daughter embodies the example and spirit of women like Abrams.

“The governor’s job is to help the people of the state live better lives, be the CEO of the state, but more importantly, to be someone who’s in partnership with the people of this state,” she said. “Being governor is the job I want because it’s a very specific job. It’s a job that lets you do good for the people here, but it sends a signal across the South and around the world about what we’re capable of.”

After a loss like Abrams suffered in the last gubernatorial race — where she was narrowly defeated by Brian Kemp — many political figures fade to the background and pursue other endeavors. But not Abrams.

After her loss, she decided to pick herself up and make history. She has registered thousands of citizens to vote for the first time. Many political experts believe she delivered Joe Biden a win in the state and tipped the scale for the state to elect two Democratic U.S. Senators, giving Democrats a slim majority in the Senate.

“The day after the election, we were actually still in campaign mode,” she said. “In this way, we knew there had been thousands of people denied the right to vote. We’d gotten more than 80,000 calls complaining about the process, and so there was really no downtime. The role of governor is one of the most exceptional ways to solve the problems we face in the state, but not having that title nor that job means the problems were still there. And it didn’t mean my ambition to solve those problems disappeared. I took a few days off, but for me, the resilience is you don’t quit. If you believe it’s the thing you’re supposed to do, you find a way to get it done.”

“I remember clearly the day my parents said they weren’t taking us to heaven with them. We had to get there ourselves.”

Abrams credits her parents for her tenacity and the spiritual roots she embodies.

“My parents are both United Methodist ministers,” she explained. “They’re retired now, but growing up, church was non-negotiable. My parents told me, in fact, they told all of us — I’m the second of six kids — and I remember clearly the day my parents said they weren’t taking us to heaven with them. We had to get there ourselves.

“What they meant was that they were responsible for shaping us and showing us, but they couldn’t do it for us. When I think about the responsibility of a governor, you can’t live someone’s life for them. You can’t guarantee them anything, but you can make certain that the pieces are there, that they can build their own destiny.”

Now, Abrams is making a second run to become Georgia’s governor and the first Black female governor in the nation.

“I can’t ignore the fact that as a Black woman, I would stand in shoes that no one’s ever worn before,” she told me. “But that means I’m also standing in a space where young women like your daughter can see me and see what their possibility is, where young people who become cynical about change and opportunity can believe that you can do it.”

Maina Mwaura is a freelance writer based in Atlanta.