May I call you Al? We both have doctorates, so I would prefer we forgo honorifics; you can just call me Jonathan. I’m not sure we’ve met, although I’ve known you from a distance for years. I doubt you’ve ever heard my name since we swim in different theological streams. 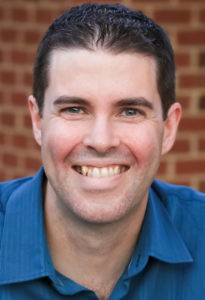 In the hours after Saddleback Church announced the ordination of three women as pastors, you penned a blog article encouraging the Southern Baptist Convention to prepare for a looming storm regarding the ordination of women to the pastorate. The verse you proof-texted at the beginning of your article to use this example of a storm is a curious choice — 1 Kings 18:44-45 — where Elijah pronounces an end to the three-year drought after slaughtering the prophets of Baal (who served Jezebel). Should I take this as an indication that women pastors are “Jezebels?”

It seems apparent from your May 10 post, Women Pastors, Women Preachers, and the Looming Test of the Southern Baptist Convention, that women as pastors and as teachers in the church is (still?) an existential threat to doctrinal conformity and unity in the SBC. I found it ironic that you referred more to the documents of the SBC than to Scripture in making your argument that you have the only correct view of Scripture.

When I was only a boy, you and others in the SBC led what you like to call the “Conservative Resurgence.” One person’s conservative resurgence is another person’s fundamentalist takeover. In quoting the Baptist Faith and Message 2000 regarding the SBC’s prohibition on women in the pastorate, you’re quick to point out that “every single seminary professor teaching in our six seminaries is obligated to that teaching, and had better be clear about it.”

Not only does the statement come across as heavy handed, it doesn’t tell the full story. I learned from several gifted biblical scholars (both women and men) who were booted from Southern Seminary in the theological holy war that took no prisoners in its quest for power and so-called purity.

“The Baptist Faith and Message 2000 is not a confession, as you often call it, but a creed.”

Your article concerning Saddleback’s recent ordination of three women to the pastorate is patent proof that the Baptist Faith and Message 2000 is not a confession, as you often call it, but a creed.

Are you even aware of the damage this creedalism has on real people and families? A pastor friend of mine called Guidestone to make a change to her insurance policy, and when the representative on the phone realized she was the senior pastor of her church, the SBC benefits giant cancelled her policy right over the phone. Is that what Jesus would do?

One of the best articulations of the difference between a creed and a confession comes from Baptist Women in Ministry Executive Director Meredith Stone, a fine scholar who would surely never be allowed to teach at your school or preach in your chapel. Stone says: “A confession is something that a group of people have chosen to confess about their generally accepted beliefs. A creed is something that a group of people have decided will be necessary beliefs in order to be a part of their group.”

“The Baptist Faith and Message 2000 is a litmus test for who’s in and who’s out.”

In this sense, your article regarding Saddleback sheds light on what many have now known for decades, that the Baptist Faith and Message 2000 is a litmus test for who’s in and who’s out. Brow beating people into conformity with a sternly worded blog article does little other than to stir up your base. It flies in the face of historic Baptist convictions like the priesthood of all believers and the autonomy of the local church.

As a prominent Baptist and historical theologian, why don’t you tell the truth about the history of Baptists and women preachers? Acclaimed British historian and biographer Antonia Fraser has long pointed out that some of the earliest Baptist preachers were, in fact, women. Is this historical information part of the curriculum at Southern Seminary?

Fraser writes, “Women probably first began to preach in Holland in the 1630s in the Baptist churches, whose congregations had always included a large number of their sex.” While the main Baptist presence existed in Amsterdam with John Smyth’s congregation, other congregations peppered the countryside in small rural communities.

“Why don’t you tell the truth about the history of Baptists and women preachers?”

Some of the earliest Protestant women preachers were rural Baptist women, who had become political refugees fleeing persecution and violence in their country of origin. Their conviction, bravery, theological clarity, and even willingness to face harassment and imprisonment helped spur the Reformation forward.

In the last paragraph of your article decrying women’s ordination at Saddleback, you state, “Right now, Southern Baptists will decide if we will redefine the doctrine of the Southern Baptist Convention.” In my view, the poison pill of fundamentalism and the never-ending quest for theological purity already accomplished that goal.

As for me and my house, we will serve the Lord at a church that affirms all whom God calls to ministry, like the apostle Junia, the deacon and preacher Phoebe, the preacher and church planter Pricilla, Lydia the house church pastor, or Euodia and Syntyche, who “co-labored” with Paul in the work of evangelism and church planting.

In fact, I can’t wait to hear our pastor’s next sermon. The Spirit always uses her in a powerful way.

Jonathan Davis is cofounder of the Healthy Churches Institute and founder of the Small-Town Churches Network, helping rural churches thrive in the midst of 21st century change. He provides coaching for individuals and organizations around leadership and vision issues and helps organizations dream about what it means to flourish in the new cultural paradigm.