The three wise men of the Southern Baptist Convention

I love Christmas and usually start playing Christmas music during the end of summer. One of my favorite parts of the Christmas story is that of the three wise men. I love that these men were courageous enough to follow the signs of God and do the right thing. They also made sure their presence was known and were wise enough to bring Jesus the gifts appropriate for such a time as this.

Last week, the Southern Baptist Convention was confronted with a detailed report about sexual abuse sins and coverups that go back decades. The nearly 300-page narrative released by the Executive Committee is heart breaking and earth shattering.

The Guidepost Solutions report and the Sexual Abuse Task Force letter are unlike anything ever seen in Southern Baptist life. It will be hard for the denomination to continue with a business-as-usual mindset. However, through these allegations and drama there are three men who have risen to the occasion, doing the right thing, even at times when no one was looking. Right now, they look like the three wise men of the SBC. As Rolland Slade answered my phone call last week, his voice was calm and full of the Holy Spirt. I asked him about his tenure as the first Black chairperson of the Executive Committee. Last summer, when some within the committee wanted to just move past the allegations, Slade was courageous in making sure the SBC did the right thing, even when the Executive Committee president at the time, Ronnie Floyd, tried to wield his power to prevent an independent investigation. Almost two dozen Executive Committee trustees walked away from the group.

I placed the call to beg him to run for SBC president this summer, to which he said, “I don’t think God is calling me to do that.”

“In an era where so many people want power and position, Slade has chosen the path of humility and servanthood.”

In an era where so many people want power and position, Slade has chosen the path of humility and servanthood. I have no clue where the denomination would be if it wasn’t for the courageous yet humble spirit of Rolland Slade. He’s a wise man, and I do wish he would would be elected SBC president. 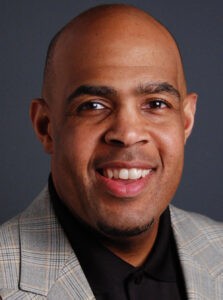 From the first time I met Willie McLaurin, I knew we would be friends. He is a man who loves the Lord and the denomination. Throughout the past few weeks, every time I’ve had to make a call seeking information for a delicate situation, he has been honest and direct. McLaurin is a wise man thrust into a difficult role at a time of crisis. He is direct and transparent, yet his humility shines through. I agree with several influential Southern Baptists that the Executive Committee should make his interim role as president permanent.

Last Sunday, as I pulled into the parking lot at First Baptist Church of Woodstock, Ga., I couldn’t help but think of the last time I was at this church. It was to interview Johnny Hunt, who was pastor at the time. As I parked my car on this day, I noticed the reserved parking spot marked for Hunt and couldn’t help but think of how things have changed since allegations surfaced that Hunt sexually assaulted a pastor’s wife.

The current pastor at First Baptist Woodstock is Jeremy Morton. As I walked into the large sanctuary for Sunday services, I really didn’t want to be there. Although the church is located only 10 miles from my house, I thought we couldn’t be further apart from one another in how we understand and carrying out the gospel story.

That is, until Morton began speaking. I can admit I was wrong in what I thought he would say. During the moving message last Sunday, the pastor made it clear that, although he loves Hunt and considers him a mentor, he would make sure the church will do the right thing. “We desire what’s best for the victims and the Hunts,” he said.

His words were direct, making sure the church knows that sexual abuse is something he takes seriously. He referenced James chapter 3, a biblical text on standing for the oppressed. He ended his message by saying to the congregation, “You matter to me more than anyone’s legacy.”

That word makes him a wise man in today’s culture, especially when picking sides seems to be the only solution.

“The SBC needs more wise men like these three, people filled with humility and gentleness, strength and courage.”

Jeremy Morton, like Rolland Slade and Willie McLaurin, is taking a stand for what is right, regardless of the cost to his own ministry. He is leading with humility and grace and seeking to understand and serve the underserved and oppressed people of the world.

The SBC needs more wise men like these three, people filled with humility and gentleness, strength and courage. It needs people who will lead with integrity and follow the Spirit and the Scriptures without hesitation.

To borrow a Christmas phrase, “Wise men still seek him.” And the SBC needs to seek out wise men to help it re-assert the Lord’s reign over the once-proud denomination.