No prophets in today’s society? Maybe we’re just not listening. 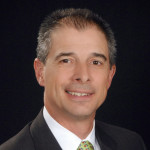 I recently attended a lecture and program featuring the acclaimed New York Times columnist and best-selling author, David Brooks. Brooks was spellbinding. Witty and provocative, charming and challenging, his speech was an evaluation of the American landscape in the age of Donald Trump. It was a frighteningly insightful assessment of a culture that has achieved and amassed more of nearly everything that any culture could possibly achieve and amass — and a culture which is, alas, lost.

Hired as the token conservative opinion writer at the Times, which he compared to being the Chief Rabbi in Mecca, Brooks’s opinions have taken a decidedly spiritual turn in the last few years. Having studied and written and spoken powerfully about Christian theology, in particular, speculation has abounded as to whether the conservative Jew is becoming a Christian.

I don’t know if he’s becoming a Christian. I do know his ethical convictions and his powerful persuasion of the need for a true, individual and cultural spirituality are more to the heart of the life and message of Jesus than the dogma and piety that come out of a lot of pulpits these days. Brooks has clearly moved from being just a pundit of political conservatism to being a voice of the persuasive reason and vision and character that Christianity is supposed to embody.

Without ever calling the president’s name, one could hardly miss Brooks’s critique, which was a total evisceration of the fear-filled pessimism and xenophobic populism that threatens to hoist us on the petard of our own ignorance, while completely missing the tragic irony of the promise to make us “great” again. The premise of the MAGA agenda is the heart of the American problem: American success has left us divided and unconnected, hollow and unfulfilled.

Related to his critique of the current moment are the students Brooks teaches in his moonlighting gig at Yale University. An interesting counter-balance to the angry, unfulfilled blue-color Americans so desperately clinging to the promises of financial salvation, and on the opposite end of several measurements of American stratification, his Ivy League students are brilliant and mostly-already-affluent — and just as empty. His words were that stark. Because the secular academy has outsmarted God, it is filled with young souls who are full of promise and devoid of purpose, young minds that can measure quantum uncertainty but have no understanding of meaning and hope, and, thus, are certain about nothing of ultimate importance. The sky-high suicide rate among American teens gives evidence to his argument.

As David Brooks was offering his critique, which was intellectually sound, academically rigorous, and theologically sophisticated he opined that our country is missing the great prophets of bygone generations. “Where are the Abraham Joshua Heschels, the Martin Luther King Jrs., the Reinhold Niebuhrs today?” He asked. We need those voices of moral clarity and courageous spirituality.

Yes, David Brooks, I wonder where we could find such a voice today?

At the wine-and-dine after the event I asked the speaker about his critique: “You say there are no prophets among us these days. Are there not?” His response was quick, “Whom would you nominate?”

He is right, of course. Local papers do not seek the words of pastors and teachers, offering them an assumed respect in the discussion of social and cultural matters. The big magazines and the national media do sometimes present a “Top Ten” of America’s preachers, but the emphasis is more of celebrity and notoriety, it is big steeples and big voices, but not necessarily a recognition of a voice of social critique and religious activism.

Is the problem, though, the lack of the prophetic voice, that there are no such preachers and teachers? Or is the lack of recognition and respect not just another symptom of the larger problem Brooks so astutely identifies? If our culture is as devoid of moral depth, as lacking in spiritual integrity as he believes, how could such a culture recognize a prophet to begin with? “Prophets are not without honor, except in their country,” or so said Jesus not long before they killed him.

I nominate David Brooks — and I also invite him to listen more carefully. Voices of prophetic warning and social critique and spiritual conviction are being spoken. I read them every day. If our culture wasn’t so shallow and so consumed with trying to make-what’s-mine great again, we might hear them.