Money has poisoned the well of democracy in the United States.

How, you might ask? In several ways. First, as the Scripture tells us, “For the love of money is a root of all kinds of evil. Some people, eager for money, have wandered from the faith and pierced themselves with many griefs.” (1 Timothy 6:10) 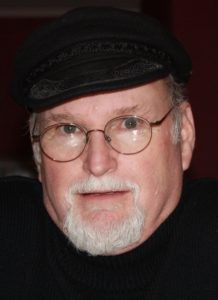 Money always can corrupt, and in the politics of the United States and its governments, that has been true. It is that very temptation that unregulated ensnares elected officials. Mix with it the power associated with guiding the U.S., and those two can be a toxic mix.

Money corrupts first in the lobbying profession. Lobbyists have far more access to elected officials than ordinary citizens. They bring money, and campaigns need money. It would be one thing if lobbyists only brought their experience and concerns with them when they approached elected officials, but it can be so much more. Access and consideration bring a level of financial support that the ordinary citizen finds hard to supplant. While constituent services seem to be part of the job, access is another thing.

Generally, citizens don’t come flush with money. I remember the years I was active as a Baptist pastor and was encouraged by our Christian Life Commission to contact and meet our representatives. It was an effort at lobbying, but at the end of the day, all we offered was information and moral clarity. We could not counterbalance the money and influence of lobbyists.

Second, in our time, running for office never stops. Donald Trump has been running for a second term since he became president. The same could be said for representatives in Congress, because they are elected every two years. In our way of campaigning, the end of a successful campaign is the beginning of the next. So it never ends.

“In our way of campaigning, the end of a successful campaign is the beginning of the next. So it never ends.”

However, as media has made news instantly on demand, it seems our campaigning has actually ramped up, not down. Have you ever wondered how much time a representative spends on his or her work representing us as opposed to trying to get re-elected? I am guessing for a lot of representatives, every issue, every speech has the future re-election in mind.

Third, as we all know, campaigns in these days take lots of money. The problem is most constituents are not able to put up those kinds of dollars. In fact, in this campaign cycle, I have been inundated with requests from all facets of the district person’s campaign to the presidential candidate asking for money — any money. What seems to be at work is a partially hidden matching donor who will match what little I give, three times, five times.

The truth is representatives don’t get elected on my donations or the donations of others I know. We don’t donate that much. So where does the money come from? Donors with ulterior motives. The persons elected by your vote have loyalties from the beginning of their service that reach back to the financial backers of the campaign. If he or she has to choose between what constituents believe or support and what donors support, guess what that elected official most likely will choose?

“What if candidates were restricted to a six-month campaign beginning before their upcoming election?”

So, what if candidates were restricted to a six-month campaign beginning before their upcoming election? We would no longer need to ask the question, “Who is this person?” In some ways we all are information junkies. So instead of watching a two-year campaign for another two years, we would get to see our representative at work holding press conferences about what they are doing to make our government more efficient or responsive to the people who fund the government.

What if money was systematically and wisely drained from the political process by making sure lobbyists brought information only, research only, insight only but nothing else? Because they could not contribute (above or under the table) they would be useful for resources and no more.

What if senators and representatives were limited in the number of years they could serve? The presidential limitation is two terms. Why is that a problem for senators and representatives? What happens, instead, is that Congressmen and women become power brokers over the years. Some may genuinely want to serve the nation and their constituencies, but some are there for all the wrong reasons.

There is absolutely nothing wrong with term limits for Congress, and perhaps even for the judiciary. Lifetime appointments or the possibility of endless years in the Senate or the House of Representatives or judiciary may not serve the interests of democracy.

Some resist the notion of term limits because it diminishes the oral history of legislation and action. Starting over may seem inefficient, but the reality would be that based on elections, especially in the House, there always would be someone around who has some knowledge of what the last session did. More than that, any legislator who would want to get up to speed on the history of the legislation and perhaps the rationale behind the legislation could do his or her own research. We call that homework.

All of these ideas could help us mitigate the corrosive impact of ever-flowing streams of money designed primarily to influence the future governance of this nation.

“Elected officials in both the House and the Senate need to be more representative of the population at large.”

Elected officials in both the House and the Senate need to be more representative of the population at large. That was aptly demonstrated when Silicon Valley companies like Facebook were summoned to the Hill to testify. Almost none of the committee members understood what the new technology was all about.

What we most need to do is understand that as the common ground on which we stand.

Wash your hands, wear your masks for others, mind the gap, and be kind — this is going to be a long winter.