Years of viral news articles describing Operation Christmas Child as a form of toxic charity have contributed to a movement of churches away from the Samaritan’s Purse ministry. A common concern is that the gift-filled shoeboxes sent to children in developing nations sometimes languish in warehouses, contain inappropriate or insensitive items or are harmful to indigenous economies.

Another strong, perhaps even leading factor for some is the ever-caustic political and social rhetoric of Franklin Graham, the president and CEO of Samaritan’s Purse and one of President Donald Trump’s most strident supporters.

Those factors contributed to the decision at Living Faith Baptist Fellowship in Elizabethtown, Kentucky, to find an alternative four or five years ago, said Pastor Roger Jasper.

The small, tight-knit congregation was once a solid OCC participant. Packing the boxes as a community was a much-anticipated event. But church members were hearing the troubling reports, he said.

“Around the same time, the face of that organization was just becoming increasingly unkind in public, increasingly political and nasty and it wasn’t anything our church wanted to be involved with,” Jasper said.

She serves a number of impoverished counties in Southeastern and South Central Kentucky through her Olive Branch Ministries and CBF’s Together for Hope initiative.

“We wanted to keep doing this hands-on ministry but without all of the baggage,” he said.

For many, the move began with reading or hearing concerning stories about Operation Christmas Child.

BNG’s 2017 story “Stuffing shoe boxes for the world’s poor? Maybe you should reconsider” struck a nerve in documenting examples of children baffled by the contents of OCC shoeboxes. It has been viewed more than 790,000 times.

“It has been surprising to me that the opinion piece I wrote a few years ago about alternatives to Operation Christmas Child has continued to be read online,” Wingfield said in an e-mail. “This illustrates, I think, that lay leaders and pastors urgently want to find other tangible ways to engage in Christmas activities but don’t know where to turn.”

“It went viral,” the former Southern Baptist said. “It’s still the most viewed page (on the blog). I get comments about it in the middle of the night in July.”

In the post, she said OCC can be disruptive to regional economies if it floods an area with toys or other items also available from local merchants.

“It’s toxic charity,” she said. “It’s a waste of money and creates the condition where children in America are outsourcing their charity.”

“We are sending toys to black and brown children overseas where they may not even celebrate Christmas,” she said.

And then there’s Graham.

“To me, he is representative of a brand of toxic Republican evangelicalism aligned with right-wing politics and sexism.”

‘They are planted there’

The motivation to leave OCC has come with entrepreneurial creativity.

Another trend is to rely on partner ministries and missionaries for healthy approaches to holiday giving.

It’s a relief to know that the ministry, and CBF field personnel Lesley-Ann Hix Tommey, know that population and its needs intimately, said Megan Turner-Doud, minister of students and missions.

“They are planted there in that community and they are planting seeds in those people that we can’t do in person,” she said.

The congregation served as a regional collection point for OCC shoeboxes before dropping the commitment three years ago. Some families still participate, however.

“That’s their ritual with their families and we are 100 percent OK with that.”

And she gets it.

“I grew up doing OCC and packing boxes and most of the churches I have been at did that,” she said. “I remember the boxes I packed.”

First Baptist Church of Christ in Macon, Georgia, focuses closer to home with its annual Christmas Store. Inner city customers may purchase brand-new toys at significantly discounted prices during the event one day each December. 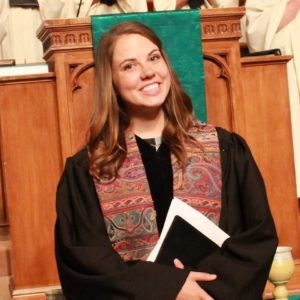 “The idea is to allow people to shop with dignity and choose what they want,” said Kelsey Stillwell, associate pastor of youth and missions. “Gift-giving means a lot if you select it and purchase it.”

Toys are initially purchased by church members at local stores or on Amazon.

“With Operation Christmas Child it’s easy to pack and ship it off and never come face to face with that recipient or know what their life is like,” Stillwell said. “The Christmas Store is a wonderful alternative because you are in the room with them, hearing their stories.”

Field personnel whose ministries are adopted by churches say they are seeing increased interest in Christmas time projects.

But word spread quickly and other churches have gotten involved, enabling her to provide Christmas boxes to a much wider population. There are now 16 congregations participating.

“For many of these children it will be the only Christmas gift they get,” she said. “Knowing the children here in our community, and knowing the need here, is truly beneficial.”

‘I never forget that story’

Some Baptist state leaders are trying to encourage more churches to follow suit and highlighting effective partnerships is one of the selling points, said Terry Maples, field coordinator of CBF Virginia.

The organization also invites churches to participate in its mission box project focused on partner ministries.

“If they come to us they know they can trust this is a vetted source and there is a tangible need,” Maples said.

Many churches in the Baptist Fellowship of the Northeast have already embraced alternatives to OCC, Coordinator Phyllis Boozer said.

“It’s not totally gone, but I think most people are trying to move away from it,” Boozer said.

One that has not is Waterbury Baptist Ministries in Waterbury, Connecticut. The small, multicultural congregation has participated in the program for about a decade and packed 300 shoeboxes each of the past two years, Pastor Maner Tyson said.

A strong case for the program was provided by a Haitian girl adopted by church members.

“The child was part of our church and had received an Operation Christmas Child box when she was younger,” he said.

It meant the world to her to receive it, he said.

“That was a few years ago but I never forget that story.”

But there are those who are uneasy about the leadership of Samaritan’s Purse. “Are they excited about Franklin Graham? No,” Tyson said. “I would say some are, but most in the congregation would not agree with his politics.”

And the OCC shoeboxes are a small part of the church’s year-round outreach, which includes a food pantry, Thanksgiving turkey giveaways, MLK clothes drives and other ministries.

That church is by no means alone. According to Samaritan’s Purse, the ministry has distributed more than 168 million Christmas shoeboxes in more than 160 nations since 1993. This year, it hopes to provide gifts to 11 million children around the world, compared to last year’s 10.6 million.

But for other congregations, the distaste around Graham has made leaving a no-brainer. The key to making a switch is ensuring that the fellowship around packing the boxes is not lost in the process, Roger Jasper said.

The current box-packing event is combined with the church’s annual Hanging of the Greens on the first Sunday of Advent.

“They didn’t want to stop that and we haven’t,” Jasper said. “It’s just a fun evening and an opportunity to do a small thing for someone.”

Franklin Graham: the apple that fell far from the tree