i
This photo posted to Twitter by Phil Johnson shows a full sanctuary at Grace Church on Sunday, July 26, 2020.

i
This photo posted to Twitter by Phil Johnson shows a full sanctuary at Grace Church on Sunday, July 26, 2020.

As he walked across the stage July 26 to the large, wooden pulpit, the auditorium that seats 3,500 people was filled with non-masked, non-socially distanced conservative evangelicals with another 1,000 people gathered outside who all jumped to their feet for a standing ovation. 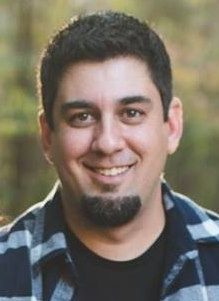 The man who many evangelicals believe to be the greatest expositor of Scripture alive acknowledged the roar of the crowd and then got right down to business reading a passage from Psalm 19 and praying before the church joined together in a rousing rendition of “Come Christians, Join to Sing!”

A few days earlier, John MacArthur and the Grace Church elders released a statement saying they were going to disobey their government’s temporary ban on churches gathering together. As might be expected from Grace Church, the statement was filled with Bible verses to prove every point. The statement used the word “authority” 31 times, “right” 13 times and some form of “head,” “subject,” “command,” “rule,” at least another 70 times.

They see the world through the lens of authority and power. And according to their theology, the ones who have the power are determined by a nuanced set of arrangements that ultimately boils down to the men who are elders over their church.

In addition to proving that the men in their church are in charge, they also tapped into popular conspiracy theories about politicians manipulating statistics, the media covering up or camouflaging “inconvenient truths,” the projections of scientists being wrong, the coronavirus disease not really being that bad, and of course the government persecuting Christians. Not one single word of lament for the lives affected by this disease in their community.

As of July 27, there have been 173,995 confirmed cases of COVID-19 with 4,360 deaths in Los Angeles alone. These numbers are on the rise and account for half the deaths in the state. And based on the numbers of people sitting shoulder to shoulder with virtually no masks in their service July 26, the people of Grace Church don’t seem that concerned.

In fact, they’re not simply oblivious to what they are doing. They are actually proud of it.

John MacArthur’s henchman Phil Johnson took to Twitter boasting about “John MacArthur preaching to a full Worship Center,” posting multiple photographs of all the unmasked people sitting shoulder to shoulder. He even went so far as to argue with people who questioned how full the auditorium was by showing them even more photos of how full it was. And the responses flowed from supportive conservative evangelicals all around the country expressing gratitude through tears for their boldness.

Where is this basic lack of humanity coming from?

“Love of self, neighbor and God will ultimately get cut off at some point by a theology of eternal conscious torment.”

Earlier on Sunday, I sat down to read an article by the Eastern Orthodox theologian David Bentley Hart as he responded to yet another uninformed review of his Christian universalist book, That All Shall Be Saved. In this article, Hart says, “The irresoluble contradic­tion at the very core of the now dominant understanding of Christian confession is that the faith commands us to love God with all our heart, soul and mind and to love our neighbor as ourselves while also enjoining us to believe in the reality of an eternal hell; we cannot possibly do both of these things at once. I say this not just because I think it emotionally impossible fully to love a God capable of consigning any creature to everlasting suffering (though in fact I do think this). I say it, rather, because absolute love of neighbor and a perfectly convinced belief in hell are antithetical to one another in principle.”

In other words, the love of self, neighbor and God will ultimately get cut off at some point by a theology of eternal conscious torment. Once one is willing to accept the idea that their neighbor will get set on fire forever by God and label that torture as good, they are no longer concerned for the good of their neighbor.

Of course, not all conservative evangelicals are as heartless as John MacArthur and the Grace Church elders. Other influential ministries such as Mark Dever’s 9 Marks have respectfully called MacArthur out on Grace’s decision to gather. But ultimately, while there will be some varieties of convictions among conservative evangelicals, the reality is that their shared belief in eternal conscious torment will serve only to produce varying shades of lost humanity. Hart explains, “Really, all our language of Christian love is rendered vacuous to the precise degree that we truly believe in eternal perdition. Love my neighbor all I may, if I believe hell is real, I cannot love him as myself. My conviction that there is a hell to which one of us might go while the other enters into the Kingdom of God means that I must be willing to abandon him — indeed, abandon everyone — to a fate of total misery while yet continuing to assume that, having done so, I shall be able to enjoy perfect eternal bliss.”

Or, once you have allowed in your mind for someone to be set on fire forever as something they deserve, the thought of them suffering temporarily from COVID-19 in a hospital bed doesn’t quite seem to be that big a deal anymore. The theology of eternal conscious torment deadens the humanity of both the person being seen and the seer. As a result, you end up with John MacArthur and the Grace Church elders receiving a standing ovation for exercising their authority in the face of human suffering.

“The theology of eternal conscious torment deadens the humanity of both the person being seen and the seer.”

As John MacArthur stood before his congregation to preach, he rejoiced in their decision to “return to what we love the most: the fellowship of the saints and the worship of our Lord.” Noticeably absent was any mention of loving their neighbors as self, which was what Jesus said he loved the most.

And then he moved into describing unbelievers in nothing but negative terms. In other words, John MacArthur is doing exactly what David Bentley Hart says infernalists will do. He’s dismissing the suffering of his community based on his theology of eternal conscious torment.

Some have tried to defend MacArthur by saying his decision is a Romans 14 matter of conscience. But Romans 14 is about eating good meat offered to idols. It is not about pastors offering poisoned meat to their communities.

One of MacArthur’s favorite phrases that appears throughout the letter and his sermon is, “The Bible is very clear.” Since the Bible is so clear, hear this passage from Isaiah 1 where the prophet Isaiah describes what God thinks about people who gather for fellowship and worship while ignoring the suffering of the oppressed in their communities:

Hear the word of the Lord, you rulers of Sodom! Listen to the teaching of our God, you people of Gomorrah! What to me is the multitude of your sacrifices? says the Lord; I have had enough of burnt offerings of rams and the fat of fed beasts; I do not delight in the blood of bulls, or of lambs, or of goats. When you come to appear before me, who asked this from your hand? Trample my courts no more; bringing offerings is futile; incense is an abomination to me. New moon and sabbath and calling of convocation — I cannot endure solemn assemblies with iniquity. … Wash yourselves; make yourselves clean; remove the evil of your doings from before my eyes; cease to do evil, learn to do good; seek justice, rescue the oppressed, defend the orphan, plead for the widow.