i
Catie Turner in the music video for "God Must Hate Me."

Sing a song unto the Lord of anger and confusion

i
Catie Turner in the music video for "God Must Hate Me."

Do you think God must hate you? You’re not alone.

Anger toward God can occur for a multitude of reasons and is usually experienced after suffering a setback a person perceives is unfair, most often when that suffering is very personal. 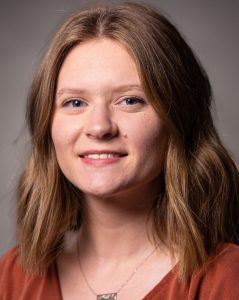 According to a study on anger from George Fox University, 63% of respondents said they sometimes experienced anger toward God.

If this anger is such a common and relatable experience, why is it that Christian communities do not talk about it more openly?

Licensed clinical mental health counselor LaVerne Collins discusses her experience working with clients who are angry at God in a Counseling Today article.

She says “the very mention of God” suggests to her clients that there is an “ultimate moral authority,” making it terrifying for them to verbalize anger. God is supposed to provide for us and be loving, so when God does not provide for or love us in the ways we expect, it is difficult to comprehend.

We become angry, but because the very idea of God connotes such authority in our minds, we fear that expressing this anger is sacrilegious.

“It is not your fault that you do not understand the intricacies of how God works.”

Collins offers a few approaches that can be used in a clinical setting to address her clients’ angry feelings, but what is important to note first is that these feelings are normal, she said. It is not your fault that you do not understand the intricacies of how God works.

There is little psychological research that focuses specifically on Christian feelings of anger toward God, but according to the George Fox University study, religion is commonly used as a coping mechanism for “stressful life events or crises.”

Catie Turner, in her song “God Must Hate Me,” talks about this. She invites listeners to empathize with her feelings of self-consciousness as she questions how God could have made “everything that’s wrong with me” and compares herself to others saying that God “spent so much time on them” but “got lazy” with her.

With this song, Turner decides she must acknowledge her flaws, but she does not blame herself for them. Instead, she decides to “blame the metaphysical” for creating her in such a way that has caused her to feel this way.

She even shares the conflicting feelings of confusion and faith she has when she sings: “I don’t know what I believe. But it’s easier to think (God) made a mistake with me.”

By saying this, she does two important things. First, she does not take responsibility for the way she feels. Her flaws were given to her by God, and those flaws are not accepted by the world in which she lives — a world God created. She is telling listeners that she does not blame herself for her feelings of self-consciousness.

“It is easier and more sensical for her to assume her flaws are mistakes.”

Second, she accepts the all-consuming authority of God. She cannot begin to understand why she, anyone else or the world was made in this way that causes such pain. It seems like a mistake to her, and because she is unable to know what God knows, it is easier and more sensical for her to assume her flaws are mistakes.

Her song is certainly a lament over the way God created her, hence her repetition of the phrases “God must hate me” and “he made a mistake with me.”

This sort of representation in religious music is important for Christian listeners.

Turner expresses a feeling many Christians can relate to — a feeling that they are not enough. She is angry at God for making other people skinnier, prettier and smarter than her in a world that promotes judgmental and harsh beauty standards. Turner does not use her song to praise God for her flaws, or even find ways to overcome them; she addresses her feelings directly and tells listeners about her honest experience in the Christian faith.

As someone who grew up in the evangelical Christian church, much of the popular music I grew up listening to was hopeful and inspiring. There was constantly a desire for Christian artists to find a meaning behind the struggles they felt and to project a happy and positive image of overcoming them.

Turner makes an important point here not to do this.

Sometimes, it is important for listeners to be inspired. This encouragement from artists can be helpful for listeners who are struggling and would like to find a relatable role model who has overcome the same struggles. But Turner’s song does something different that is equally important: She meets her listeners where they are.

Turner does not pretend that her struggles with self-consciousness and anger at God have an easy solution that can be summed up in a 3-minute music video. Her song validates the feelings listeners have and tells them they are not alone, much like the lament Psalms do in the Bible.

With this song, Turner rejects the notion that all Christian music must be uplifting and promise a happy ending. She is realistic with her fans.

“For some reason, this realism is intimidating for Christians.”

And for some reason, this realism is intimidating for Christians. The idea that we could be angry at God seems strange to us today, and we often feel like we lack faith when we question God.

With her song, Turner makes this anger a relatable experience. She allows listeners to feel like they are not alone when they are questioning, complaining about or screaming at God. She does not claim to have all the answers to the mystery of existence, but she does offer listeners the chance to feel seen with her lyrics, and that is important. Her song offers some well-needed representation for the 63% of Christians who understand the feelings she is struggling with but may not have heard someone else publicly expressing them before.

When love does not conquer all | Opinion by Geneece Goertzen-Morrison

God says it: You are good enough | Opinion by Amber Cantorna