Sister leaders from Cuba and America: inhabiting the Body of Christ and the nation-state 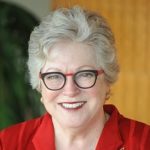 Summer conferences have drawn me to share space with citizens of countries with whom the United States has complicated relationships, among them Russia, China and Cuba. The express purpose of these gatherings was not international relations; however, conflict could have easily arisen had we probed more deeply. To our credit we did not speak about imposed tariffs, influencing elections, protracted embargoes or growing nationalism.

Kindly, my international friends did not dwell on America’s swaggering bombast on the global landscape.

The unspoken compact seemed to be that we have eternal bonds in the Body of Christ that transcend temporal political realities. Together we are part of the beloved community constructed by the generative relations of the Triune God who creates space for our disparate national identities. While challenges are different, we shared a narrative of seeking to live as Christians under the Lordship of Christ while navigating the demands of citizenship and religious liberty.

“While Cuba and its North American neighbor are at significant political odds, the fellowship among the gathered sisters was unhindered.”

Last week members of Central Seminary’s Women’s Leadership Initiative and three faculty members held a joint conference with pastoras of the Fraternity of Baptist Churches in Cuba. (We probably should have renamed it the Sorority of Baptist Leaders in Cuba, at least for the week!) This association of Baptist churches distinguishes itself by ordaining women. Traveling significant distances to convene in Havana, these Cuban pastors brought rich experience, spiritual vibrancy and deep faith to our shared time.

While Cuba and its North American neighbor are at significant political odds, the fellowship among the gathered sisters was unhindered. We clearly acknowledged that we live in an “asymmetrical world” with respect to monetary and material resources, and those of us from the U.S. brought things to share with our sisters out of our abundance. Because of the thick relationships of trust forged over the years of working with partner churches, these gifts are not viewed as a patronizing gesture of guilt, but simply an expression of love. Christians have long contemplated what it means to live in two realms. St. Augustine wrote of “the Earthly city and the City of God” in the early fifth century. He was seeking to defend Christians from the allegation that they had helped bring about the sack of Rome by the Visigoths. The entire history of the world displays the battle between good and evil, the battle between God and the Devil, as he put it. While Christians dwell in both cities, they are to occupy themselves with heavenly thinking and leave politics aside, he argued. We cannot flee human exigencies, and frankly it is irresponsible to fix our eyes on the mystical, heavenly city all the while.

Luther built upon this interpretive framework and argued that God rules two kingdoms (or governments, his preferred language). The left-hand kingdom employs secular governing by means of law, the sword or compulsion, whereas the spiritual kingdom is inhabited by Christians who live by the gospel of grace. Living in these two realms requires clarity about the limits of human authority, especially as it pertains to matters of belief. Luther realized that the state had some authority over the practical realities of church government, but no purchase over the realities of the soul’s submission to God.

“There is something about baptismal identity that draws us beyond geographical or national barriers as we become one as members of the Body of Christ, sharing in the one Spirit.”

Baptists refined the Protestant Christian doctrine further by contending for a clear separation of church and state and elevating liberty of conscience above any coercive magisterial authority. Today, we need this clarity more than ever as a certain brand of Christianity seeks to commandeer political processes and cynical politicians use the evangelical zeal for their own purposes.

Clearly, the Cuban and American sisters understood that participating in the Body of Christ held higher commitment and promise of unity than the competing political perspectives that could divide. Yet, many of them had been energetic participants in revolutionary activity over the years. Christians in Cuba believe that communism/socialism is closer to the New Testament vision of Christian community than capitalism. The intrinsic equality inscribed in their revolution interrogates both the individualism and consumerism of North American culture.

We demonstrated our true Baptist identity as several of us jumped into the bay at Matanzas fully clad. While others rolled their eyes, the adventuresome immersed themselves with abandon. Unafraid of a little water, Cuban and American sisters exulted in the cooling, buoyant oceanic depths that bore us along equally. Seriously, there is something about baptismal identity that draws us beyond geographical or national barriers as we become one as members of the Body of Christ, sharing in the one Spirit.

We returned with new insights, frustrations over political enmity between our nations, and a profound respect for our pastoral sisters who daily kindle hope in their respective flocks. We know first-hand “how good and pleasant it is when sisters dwell together in unity” (Psalm 133). My sojourn with Christians from nations who challenge American hegemony reminds me that it is possible to fulfill the prayer of Jesus “that they might be one.”