Every year, just before the end of the old year and the beginning of the new, my wife and I always watch CBS’s annual broadcast of the Kennedy Center Honors. We love it. We weep with the honorees, the masters of the performing arts.

We know it well enough to know that Norah O’Donnell is always the first one in the audience to stand up and dance to whatever is the last song performed in tribute to the artist. This year, Bette Middler’s tribute hit its emotional crescendo when all the artists on stage, and all the fans in the seats, sang one of her most famous songs. All at once it was 1990 again and America was fighting the First Persian Gulf War, when we sang: 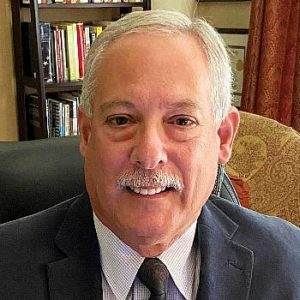 Have you noticed that someone in America always wants to fight somebody who “done us wrong”? We have long been patriotically committed to the idea that our country is divinely favored because of the sheer abundance of its physical resources. Long committed to this partial view, for much of our history, many of us seem incapable of taking seriously the possibility that on the way to American Greatness, we might have done other peoples wrong. Viewing ourselves and the rest of the world through glasses that detected only our own greatness, we have missed more than a few signs along the way.

Then in 2001 came 9-11, and we experienced a couple of years nursing our grief and asking ourselves, “Why do they hate us” — we who have been so blessed by God and so good to the rest of the world?

“Jealous of our freedom,” said President George W. Bush. Whatever the reason(s), the U.S. would bring the criminals to justice. Providing no hard evidence of either weapons of mass destruction hidden somewhere in Iraq or that Iraqi leader Saddam Hussein had any role whatsoever in the 9-11 attacks, most of us agreed with the second President Bush on several points:  First, American muscle had to be flexed; second, somebody had to pay for what happened at the Twin Towers, the Pentagon and in a field in Shanksville, Pa.; third, Saddam Hussein, unsavory ally that he had once been, had been involved in the “American carnage”; and fourth, Americans should go back to church and resume our national pastime — shopping.

What most Americans disagreed with was Bush’s claim that Islam was a “religion of peace” and, per se, not responsible for 9-11. Millions of young Americans joined the armed forces and prepared for a “holy war,” whether we called it that or not. What began in Iraq with an early “mission accomplished” by toppling Saddam’s regime quickly was transformed into a 20-year war in Afghanistan. Here at home, we all but declared war on all brown-skinned Americans. And how can we forget Trump’s Muslim ban?

“Viewing ourselves and the rest of the world through glasses that detected only our own greatness, we have missed more than a few signs along the way.”

Evan Osnos, a writer for the New Yorker, helps explain the conditions in America between Sept. 11, 2001, and Jan. 6, 2021, in his recent book, Wildland: The Making of America’s Fury. The book is a long, perceptive analogy of what firefighters call a “wildland”—wilderness areas easily set ablaze after years of intense dry heat and an accidental spark. Gradually developing conditions generate fires that spread uncontrollably. In 2018, one such fire south of San Francisco destroyed an area larger than New York City.

It’s still hard to comprehend how we got this way and wonder with Bette Middler “what all this fighting is for.” Sadly, however, the fighting is “all in the family.” The fury that so many conservative Christian Americans feel is caused by fear that they will lose what once sustained them and which they took for granted: that our tribe was too superior not to be in control.

Thus, we now wonder if our form of democracy, from “which so proudly we (have) hailed,” will soon be incinerated in our wildland. Have we forgotten our beloved Scriptures, especially the one that tells us, “There is no fear in love, but perfect love casts out fear; for fear has to do with punishment, and whoever fears has not reached perfection in love. (1 John 4:18)

Does that perfect love also cast out fury? We shall see. Meanwhile, God is still watching us, only from a much farther distance.

The Capitol insurrection, the Lost Cause and the Confederate flag | Opinion by Joel Bowman Sr.