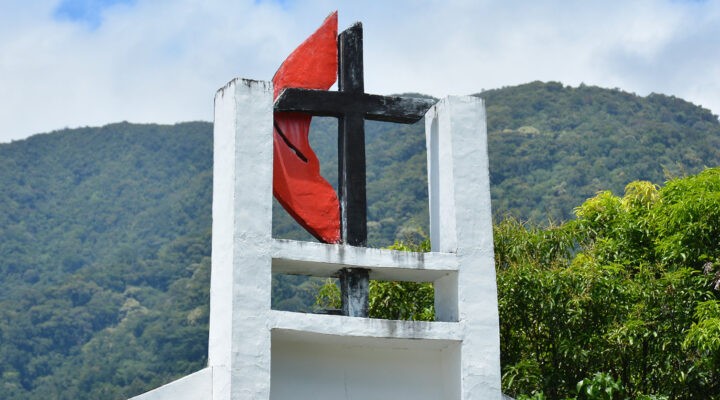 i
The steep of a United Methodist Church in Dingalan, Aurora, Philippines. (123rf.com)

i
The steep of a United Methodist Church in Dingalan, Aurora, Philippines. (123rf.com)

The United Methodist Church’s future won’t be decided officially until 2024, thanks to a third postponement of its church-wide legislative assembly, but traditionalists have chosen not to wait any longer, formally starting their breakaway denomination May 1.

After two years of coronavirus delays, what seemed like only minutes elapsed between two momentous announcements March 3: Traditionalists have chafed at repeated delays of General Conference. Keith Boyette, a retired minister who chairs the GMC’s “transitional council,” expressed their frustration in a press release. Boyette also is president of the Wesleyan Covenant Association, the seven-year-old unofficial conservative caucus that has developed the Global Methodist Church.

The WCA and its collaborators, such as the longtime conservative caucuses Good News and the Confessing Movement, have been campaigning for more than two years for the UMC to enact an independently negotiated separation agreement known as the Protocol for Reconciliation and Grace Through Separation. Negotiated in late 2019 by an ad hoc group of church leaders from various UMC factions, the Protocol has been touted as a primary tool to divide the church peaceably after half a century of acrimonious debates about the acceptance of LGBTQ Christians. The UMC officially declares homosexuality “incompatible with Christian teaching” and forbids same-sex marriage and ordaining LGBTQ people as clergy. The language of the bans implies rejection of gay men almost exclusively.

Traditionalists have pressed for the Protocol’s approval for another reason: It would provide $25 million in start-up money over four years specifically for a “traditionalist denomination,” although it also would earmark $2 million for “other expressions” of Methodism. Now, however, that golden nest egg has moved farther into the future, and frustrated traditionalists appear willing to forego their seed money, which many rank-and-file United Methodists have seen as ransom for leaving the denomination, in favor of immediate ecclesiastical control.

“Many United Methodists have grown impatient with a denomination clearly struggling to function effectively at the general church level,” Boyette said in the GMC news release. “Theologically conservative local churches and annual conferences want to be free of divisive and destructive debates and to have the freedom to move forward together. We are confident many existing congregations will join the new Global Methodist Church in waves over the next few years, and new church plants will sprout up as faithful members exit the UM Church and coalesce into new congregations.”

What will the split really mean?

Boyette’s optimism about the number of churches to join the GMC may be premature, however. To date, 90 U.S. congregations out of 30,000 churches have sought disaffiliation from the UMC according to existing rules, and not all of them have been of traditionalist bent. Until and unless things change in 2024, dissident congregations can disaffiliate from The United Methodist Church with the approval of their annual (regional) conferences by paying all unfunded pension liabilities plus two years’ worth of “fair-share” contributions for church-wide ministries. The arrangement would allow the disaffiliating congregation to retain its local property, which otherwise is held in trust for the annual conference. In one case, for progressive Grandview Church in Lancaster, Pa., the price of freedom from the UMC’s anti-LGBTQ rules totaled around $900,000.

Not all traditionalist congregations are headed for the Global Methodist Church, either. Frazer Memorial UMC in Montgomery, Ala., recently voted to disaffiliate but intends to join the Free Methodist Church.

To date, 90 U.S. congregations out of 30,000 churches have sought disaffiliation from the UMC according to existing rules.

Why the General Conference was delayed again

The March 3 announcement of a third General Conference delay ended weeks of anxious speculation about whether the twice-postponed conclave would occur this year from Aug. 29 to Sept. 7 in Minneapolis. Ultimately, continued waves of coronavirus variants had less influence over the third delay than the U.S. State Department’s massive backlog of visa applications.

A news release described the impediments: “Commission members received a report based on conversations with multiple officials of the U.S. Department of State outlining the massive backlog of visa applications in some areas. This backlog has led to wait times up to 800+ days for scheduling an initial interview. In addition, commission members described an increasingly complex interview process in some areas requiring two or three interviews, which also creates a roadblock that would preclude participation by many delegates outside the United States of America.”

The news release quoted General Conference Commission chairperson Kim Simpson saying, “The decision to postpone once again was an exceedingly difficult one, with many factors to consider — including visas and passports, the health and safety of delegates, volunteers and other attendees, vaccination rates, and the need for provisions for quarantine or medical care should any delegates contract COVID-19.”

Other changes brought by the delay

The commission’s announcement also hinted that the 2024 meeting won’t take place in Minneapolis. “A significant advantage of further postponing the 2020 General Conference to 2024 is that the Commission has already secured a venue for what would have been the regularly scheduled quadrennial event. An announcement about the location will be forthcoming as soon as the required logistical planning is complete.”

Previously, the 2024 General Conference was scheduled to take place in Nairobi, Kenya, as the conclave’s first venue outside the United States. However, some United Methodists say they fear going to Nairobi because Kenya’s anti-homosexuality laws would endanger LGBTQ delegates.

Continued postponement of General Conference has pinched the denomination in many ways. For starters, no changes can be made to the 900-page Book of Discipline, the collection of church laws and policies that governs UMC theology and operations. This means that legislating any adjustments will have to wait until 2024 to enact and probably longer to implement.

The postponement also weighs heavily on United Methodist bishops, the top administrators of church bureaucracy. According to the Discipline, the election of new episcopal leaders in the United States can only take place at jurisdictional conferences held after General Conference meets. Bishops scheduled for retirement in the past two years have departed active service without successors in place.

Thus, bishops in every U.S. jurisdiction are doubling up on assignments, administering more than one annual conference over wide distances. For example, Bishop Kenneth Carter currently oversees two conferences separated by hundreds of miles: Florida, covering the state’s peninsula from Key West to Tallahassee, and Western North Carolina based in Charlotte. Bishop Grant Hagiya supervises both California-Pacific, which stretches west from southern California all the way to Guam, and Desert-Southwest, which runs from southern Nevada east across Arizona to New Mexico.

Despite the Discipline’s constraints, the third General Conference delay has fueled speculation that bishops will push for jurisdictional conferences to be held in late summer or fall of 2022 so episcopal elections can take place.

Frustrating as the latest postponement is for many United Methodists, the decision to wait until 2024 at least gets past anxiety about this year’s schedule. According to a recent ruling by the UMC’s “high court,” the Judicial Council, the new postponement also resets the timetable for submitting proposals to change the Book of Discipline. Thus, alternatives to the Protocol, along with everything else in the church’s law book, are once again up for grabs.

However, annual conferences may decide to elect new slates of delegates for 2024, which is legal under the Discipline. Things could tip away from progressives if the continued decline of U.S. membership is overborne by membership increases in African countries. Should the ratio of traditionalist delegates rise to 66%, progressives would be highly unlikely to get any legislation passed, writes Jeremy Smith of the blog Hacking Christianity.

So, while there are sighs of relief at a third postponement of General Conference, the decision also kicks the can of formal United Methodist dissolution further down a rocky road while the institution itself continues to erode by disaffiliation.