Church-state separationists lambasted a June 21 decision of the United States Supreme Court that granted parents in Maine access to taxpayer-funded vouchers to send their children to private religious schools.

Meanwhile, Justice Sonia Sotomayor, in a scathing dissent from the 6-3 decision, skewered her colleagues and accused them of a five-year journey to destroy the Establishment Clause of the First Amendment. “This court continues to dismantle the wall of separation between church and state that the framers fought to build,” she wrote.

“This court continues to dismantle the wall of separation between church and state that the framers fought to build.”

Meanwhile, the Southern Baptist Ethics and Religious Liberty Commission and other conservative evangelical organizations praised the decision, emphasizing the court’s increasing lean toward the Free Exercise Clause of the First Amendment.

Carson v. Makin originated with two families from Maine who wanted to use a state tuition program to send their children to religious schools. The setup in Maine is unique and is predicated on the fact that some school districts do not offer secondary education. David and Olivia Carson outside the U.S. Supreme Court after oral arguments Dec. 8. They are among three families suing the state of Maine.

To offset this missing component, the state provides funding for students who attend high schools in other districts or at approved private schools — both in-state and out-of-state. To qualify as an approved school, Maine requires that an institution be “nonsectarian.”

In this case, three sets of parents sued the state for the right to use those vouchers to send their children to evangelical Christian schools that align with their preferred “worldview” and “sincerely held religious beliefs.”

They were denied in lower federal courts and then appealed to the U.S. Supreme Court, where they found a friendly audience in the new conservative majority made possible by Donald Trump’s three appointments to the court. The First Amendment has two clauses, one protecting the free exercise of religion but the other limiting government from establishing or favoring any religious group or practice. Historically, the court has balanced these two clauses but with the increasing influence of conservative evangelicals in shaping the nomination of justices, the court’s rulings have begun to lean toward free exercise to the peril of establishment.

Indeed, the ruling in Carson v. Makin cites the recent track record of the court’s conservative majority as justification for its latest decision. It cites a string of cases — most relating to unique circumstances — to conclude of the Maine case: “A neutral benefit program in which public funds flow to religious organizations through the independent choices of private benefit recipients does not offend the Establishment Clause.”

Roberts was joined in the majority opinion by Justices Clarence Thomas, Samuel Alito, Neil Gorsuch, Brett Kavanaugh and Amy Coney Barrett. Justice Stephen Breyer wrote a dissent that was joined by Elena Kagan and Sotomayor, although Sotomayor wrote her own dissent to amplify her objections.

Breyer’s dissent notes the importance of both clauses of the First Amendment and the court’s historic attempts to recognize the “play in the joints” between the two.

Sotomayor took the argument further, noting the court “for many decades understood the Establishment Clause to prohibit government from funding religious exercise. Over time, the court eroded these principles in certain respects.” The majority now is “embracing arguments from prior separate writings and ignoring decades of precedent affording governments flexibility in navigating the tension between the religion clauses. As a result, in just a few years, the court has upended constitutional doctrine, shifting from a rule that permits states to decline to fund religious organizations to one that requires states in many circumstances to subsidize religious indoctrination with taxpayer dollars.”

This decision is “especially perverse,” she added, “because the benefit at issue is the public education to which all of Maine’s children are entitled under the State Constitution. As this court has long recognized, the Establishment Clause requires that public education be secular and neutral as to religion.” 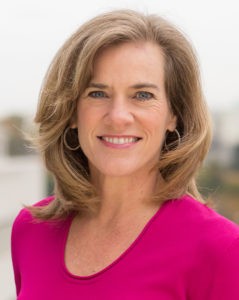 “The court’s decision to require Maine to fund religious instruction threatens our nation’s commitment to religious freedom and the understanding of church-state separation that protects it,” Hollman said. “A majority of justices on the Supreme Court keep ignoring the distinctive role of religion in law and society, which is best served by separating the institutions of religion and government. That separation, which Maine sought to protect, is an important part of America’s religious liberty legacy, and it’s a key principle for historic Baptists and others who have long championed religious liberty for all and public education.”

She summarized: “Forcing taxpayers to fund religious education undermines the secular nature of our government and the freedom of religious institutions to engage in ministry without government interference.”

Rachel Laser, president of Americans United for Separation of Church and State, called for an end to all private school vouchers in light of the Supreme Court decision. “Far from honoring religious freedom, this decision tramples the religious freedom of everyone. Worse, the court has opened the door to government-enforced tithing, an invitation religious extremists will not ignore.”

She also accused the court’s majority of having a double standard on discrimination.

The Interfaith Alliance also sharply critiqued the ruling. Katy Joseph, director of policy and advocacy, said: “Today’s decision is a devastating blow for both religious freedom and our public school system. The guarantee that the government will not favor religion over non-religion is among our most basic constitutional principles. But with each passing week, we’re witnessing a conservative majority on the Supreme Court fiercely determined to tear down the walls that separate religion and government.”

She added: “Let’s be clear: Public money belongs in public schools. By not just enabling but requiring states to funnel public money toward private religious schools, the court has shamefully disregarded the Establishment Clause of the First Amendment, which prohibits the use of government funding for explicitly religious activities. While parents may choose a religious education for their child, the notion that they can demand their neighbors pay for it is shocking.”

On the other hand, the SBC’s public policy agency joined other conservative groups in lauding the majority ruling.

“Maine’s attempt to sidestep the Constitution was halted in its tracks today, and rightly so,” said Brent Leatherwood, acting president of the Ethics and Religious Liberty Commission. “The justices’ decision here accurately comports with the fundamental nature of religious liberty in our nation.

“The court rightly decided that parents who choose to participate in a program like the one in Maine cannot have their constitutional rights abridged merely because they choose to send their children to a religious school,” he said. “Similar attempts to curtail free expression have rightly been labeled ‘odious’ by the court in previous decisions, and Maine’s program can now be added to that infamous list.”