Immigrants who aren’t supposed to be in the room 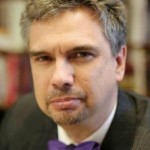 How does a bastard, orphan, son of a whore
and a Scotsman, dropped in the middle of a
forgotten spot in the Caribbean by providence,
impoverished, in squalor,
grow up to be a hero and a scholar?

With these words, the Tony-award winning Broadway play, Hamilton, opens, as the privileged Founding Father “trust-fund babies” of their time wonder how a street rat can out-write, out-produce and out-think them. And yet, the musical based on Alexander Hamilton’s life is really a story of the trials and tribulations faced by many first-generation immigrants, then and today, regardless of their importance in sustaining and maintaining the nation. Toward the end of Act 1 as Lafayette and Hamilton ride toward victory at Yorktown — and by extension the Revolutionary War — buried in the rap, are the words “Immigrants: We get the job done.”

Social scientists have conducted numerous studies on the drive many first-generation immigrants process. Yes — immigrants, we get the job done. I can only wonder if the white American theater-patrons watching the play thought to themselves, “What a great play for emphasizing how anyone can come to this country and make something of themselves if they work hard enough.” But for this writer, as an immigrant also from the Caribbean, hearing the soundtrack (they don’t pay this professor enough to afford the tickets), whose rap was also written by a child of the Caribbean, I heard a different message. I heard all the bias and prejudices immigrants face, and in spite of playing by the rules and succeeding, they face numerous back-stabbing because they really don’t belong.

This is a story of a foreigner, an outsider, who lacked the proper pedigree to amount to much, and had to scrape and scratch to make something of himself. And for “a bastard, orphan, son of a whore” to rise and show that in spite of white privilege he can still make a greater contribution then those born with silver spoons in their months is to invite animosity and to be maligned.

When colleagues brag of studying at Ivy League schools, with contradictory pride and shame I respond that I got my first degree from a community college. People like me are not supposed to be “in the room where it happens.” I remain painfully aware that 50 years ago I would more likely be mopping the floors of my institution, rather than teaching in its classrooms. The problem with first-generation immigrants, especially those of us “impoverished, in squalor,” is that as snarling scrappy junkyard dogs, we work our way out of our predicaments, and regardless as to how far we may go, we are never satisfied. As Eliza, Hamilton’s wife, sings, “Why do you write like you’re running out of time?”

Hamilton writes too much, but he doesn’t do it for fame or glory. He writes to survive, he writes to discover himself, he writes because he is running out of time. Hamilton raps: “I wrote my way out of hell. I wrote my way to revolution. I was louder than the crack in the bell. I wrote Eliza love letters until she fell. I wrote about the Constitution and defended it well. And in the face of ignorance and resistance, I wrote financial systems into existence. And when my prayers to God were met with indifference, I picked up a pen, I wrote my own deliverance.”

Spoiler alert: Hamilton is shot by Burr at the end of the story. Those who work hard and out-write, out-produce and out-think those who were “supposed to be in the room” are dismissed as lacking academic rigor — how could they have gravitas if they write too much? While some make a prolific career out of three or four books recycling stale ideas, those “who are running out of time” write 10 times as many. Such audacity calls for assassination — either physically, as in the case of Hamilton, or through character assassination. Salacious rumors and lies swirled around the Hamilton of the past and the Hamiltons of today to explain away the reality that they out-write, out-produce and out-think the ones who are “supposed to be in the room.” Character assassination is not limited for those in the room. The sad reality is that all too often, it is the methodology of choice for those sharing the same gender, skin pigmentation, and/or ethnic identity to explain away the academic short-falling of the slanderer.

Hamilton wrote and fought for a cause he saw as bigger than himself. The elite, meanwhile, fought to protect their power and privilege. Hamilton fought his detractors until it killed him. How do we then remain in the struggle without ending up dead — or, as Jesus would say, be as wise as serpents but gentle as doves. Hamilton, as portrayed in the play, was drawn into back-stabbing, rumor mongering and status positioning. Dueling with his opponents literally killed him.

What if our focus on the struggle for the least of these trumps any personal desires for fame and glory? What if we become more concerned with the plight of the oppressed than how our legacy will be remembered? After all, we are here but for a brief moment, destined to become food for the worms.

Here is what I know. Every four days, five brown bodies die in the U.S. southern desert because of this country’s inhuman immigration policies — policies that would have robbed this nation of Lafayette and Hamilton, and possibly of its very existence if today’s immigration policies were the norm back then. More important than gaining recognition for our minor contributions to the struggle for justice is dealing with the existing injustices. To paraphrase Joshua: I know not what course others may take, but as for me and my house, we will serve the Lord — with serving defined as 1) writing about oppression before I run out of time and 2) doing praxis toward liberation before I drop dead. All else, in the eternal scheme of things, does not matter.