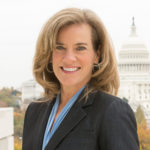 On Jan. 22, the United States Supreme Court will hear arguments in a landmark case that could widen the door for state voucher programs and seriously damage religious liberty. In Espinoza v. Montana Department of Revenue, the court is being asked to hold that the Free Exercise Clause requires a Montana tax credit program to aid religious schools. Even worse, some supporters of tax dollars for private religious education portray state protections for religious liberty as rank anti-religious bigotry.

The case is about a Montana law that provided a dollar-for-dollar tax credit for donations to scholarship-granting organizations that fund private schools. When the Montana Department of Revenue required the program to comply with the state’s constitution, which bans state aid to religion, parents of children in private religious schools sued, alleging religious discrimination. The Montana Supreme Court ultimately struck the whole program. Still, the U.S. Supreme Court agreed to hear the case and will consider whether and how states can avoid funding religious institutions without violating the federal Constitution.

The principle that government should not fund religious activities or interfere in religious doctrine is deeply rooted in our country’s religious liberty tradition. It recognizes the distinctiveness of religion, government’s lack of competence in religion, and protects against government advancement and interference in religion. The principle has served our country well. Like dozens of other states, Montana has religious liberty protections in its state constitution that are more explicit than the Constitution’s First Amendment. Montana’s “no aid to religion” provision protects religious liberty and public education for Montanans by preventing the dangers of state-funded religion, whether that funding is direct or indirect. It preserves public resources for public schools.

Unfortunately, the parents and many of their supporters are seeking state support for religious education and dismissing a fundamental principle of religious liberty as “anti-religious.” They refer to Montana’s no-aid provision as a “Blaine Amendment” in a misleading attempt to associate it with an unsuccessful federal effort that was partly fueled by anti-Catholic sentiment.

The principle that government should not fund religious activities or interfere in religious doctrine predates significant Catholic immigration and should not be tarnished by ugly episodes in our nation’s past. It should be celebrated as a protection for religious liberty that is embraced by people of all religious backgrounds, including many Catholics, who recognize the dangers that come with state-funded religion.

As several briefs in support of Montana demonstrate, Catholic legislators and Catholic citizens wrote, supported and voted for their state’s vision of church-state separation. As in past cases where the court has recognized “play in the joints” for states to protect religious liberty beyond what the federal Constitution requires, the court should defer to Montana’s decision to interpret and enforce its religious liberty protections here.

The court should clearly distinguish this case from its recent decision in Trinity Lutheran Church v. Comer. That case brought attention to constitutional bans on government funding of religion in a context that many found innocuous – a state incentive to improve playground safety. In Trinity Lutheran, the court held that Missouri could not exclude churches from participating in a state grant program for playground resurfacing. While the funding of churches, including improvements to church property, is typically the responsibility of church members, the court in Trinity Lutheran focused on the program’s lack of religious content. State programs to support religious education or other explicitly religious activity, however, present a different concern. With government money comes government strings and public demands.

The idea that different treatment of religion is presumptively bigoted, particularly in the area of government funding, ignores our country’s religious liberty history and jurisprudence. Justice Sonia Sotomayor’s extensive dissent in Trinity Lutheran made that plain. She described no-aid principles as “one measure to secure the kind of freedom of conscience that benefit religion and government.”

Religious liberty guarantees in the United States Constitution and state constitutional “no-aid” provisions like Montana’s recognize the distinctive nature of religion, protecting the rights of people of all faiths and the nonreligious. The court should affirm the Montana Supreme Court’s decision that protects the separation of church and state. It should reject the smear campaign against no-aid provisions.