Lately we have seen much talk about “real” biblical manhood vs. the “feminization”of the local church. The church is weak because the men are weak, the critics say. Blame the decline of church attendance and the decline of Christian values on the weakness of men.

Tim Tebow put out a video saying especially as men we are called to lead, to step up to fill a gap, to be protectors. Choose to love others and act on their behalf. But men are abdicating their responsibilities, he warned.

The problem is that makes the rest of us victims.

I don’t know about you, but I’d like to fight for myself, thank you very much. 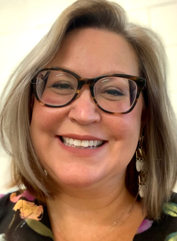 A male senior pastor asked me every year if I needed a woman to come with me to the pastor’s retreat that was all male except for me. My answer never changed: No. I can protect myself. I expect you also to protect each person together with me. I can even protect other men with my good and faithful choices, my ability to tell the truth and my core value that every person is valuable and created in God’s own image.

A former male church member wanted very much to speak with my husband instead of me about an issue. No, I can speak just fine for myself. I can take responsibility for my own life; I believe the gospel compels me to do so.

I continue to be frustrated by these questions and comments that women so often hear in response to their leadership. Women’s rights and leadership in our homes, the church and in our country seem to be going backward. Or perhaps this is a breaking point, and many women and men and others will reject the power grabbing of men. Maybe we can learn to follow Jesus, not the so called “wimpy” or the ideal “masculine” men.

Women have held up more than half the church with their skillful and often silent unpaid leadership for decades. To illustrate, many times my ministerial salary was questioned in a church business or committee meeting. The assumption from some was that my leadership should have been unpaid or that it was a bargain for the church compared to men’s salaries. I worked many unpaid hours only to hear repeatedly that I wasn’t valued.

I’m done with the adage that I should be grateful to have a ministry position as a woman.

While Tim Tebow and the other men I mention as examples are seemingly respectful and gentle, they are still promoting a hierarchical system that gives people at the top power over those below them. The argument goes that if men follow God’s plan, then they will not hurt people with less power.

“Any person on the gender spectrum has the potential to abuse power if given unequal power over other humans.”

But time and time again we see these systems fail to protect those with less power. Sexual and physical abuse, murder, slavery — men abuse this false power over us that we have given them. I also might argue that any person on the gender spectrum has the potential to abuse power if given unequal power over other humans. Scripture shows us the dysfunction of hierarchical, patriarchal and primogeniture systems repeatedly as people, mostly men, grasp for power.

“Too many Christians think God is more concerned with men being in charge than with women being safe,” says Sheila Gregoire. These systems only serve to separate us from each other and create toxic, unsafe environments where all people are unable to thrive, even men. David Finch says the “New Testament church is not about whether women should be ‘over’ men or men ‘over’ women. It is about eliminating the ‘over’ entirely.”

We should know by now that the way of Jesus abolishes any kind of system — there is a new world order in God’s kin’dom. God is continuously working to regain what was lost in Eden, by pointing us back to God’s original vision, says Carolyn Custis James in Malestrom: How Jesus Dismantles Patriarchy and Redefines Manhood.

We are each called to struggle, to seek wisdom, question and pray on our own journeys of faith. There is no formula. Our agency and voice are reflected in God’s own image. God gives us each the gift of power as we co-create with God and others our lives, our stories of faith.

If we work together, our power can grow as a blessing for the church. When we are willing to be taught by women and others with less power, we can grow and learn as we advance God’s work in the world. When we do the hard work of listening and learning and changing, then we live and breathe and have our being in our God who partners with us to help us live lives of love.

One Twitter user helpfully pointed out that the church universal has female pronouns as the bride of Christ. She is correct, the church is she/her. What can that tell us?

“The complaints about the church being too weak and feminine are also correct, just not the way we think they are.”

The complaints about the church being too weak and feminine are also correct, just not the way we think they are. We are all weak. Blessed are the poor in spirit, Jesus says. If our ideals of power and influence are turned upside down in God’s kin’dom, then we can rejoice that we are weak and God is strong.

Michael Frost offers another helpful tweet in response to the “weak feminine” church critique, writing, “Biblical manhood as modeled by Jesus: be a ‘mama’s boy,’ stay single, wash people’s feet, cry at funerals, hang out with unimportant people, ride a donkey instead of a steed, be a lover not a fighter, carry a cross not a sword.”

Custis James puts it like this, “His life (Jesus) is a constant rejection of the pillars of patriarchy. He doesn’t marry and produce sons to sustain the family for another generation. He ends up homeless. He subsists on the financial support of women, even asking a Samaritan woman for a drink of water. He recruits followers among ordinary and even marginalized men. His teaching upends the cultural value system by proclaiming the poor as blessed and teaching ‘the first will be last.’”

We are clearly called to imitate Christ. And not just men. All people on the gender spectrum who follow Jesus can bear good fruit by following the way of Jesus shown to us in Scripture. For we are all God’s called and created.

Why would we need only men to protect? We protect and serve each other. Then and only then can our love of God and love of neighbor change the world. This is the call of the gospel.

Let us abolish these false systems of power as an act of loving self, neighbor and God.

I’m not a victim. I’m a person created by God — capable of so much love and life.

What kind of kinship can we create together?

Is a woman in that story? | Opinion by Laurel Cluthe

When you call the vice president ‘Jezebel,’ you are acknowledging her power | Opinion by Lokelani Wilson