I became a pastor who had trouble praying 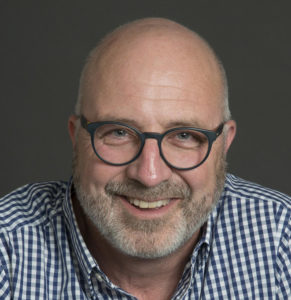 The lesson on how we are created from ash and will return to ash hit home in a way it never had before because at that moment I was struggling to adjust to the new reality of life with a spinal cord bruise. I was severely depressed for the first time in my life, had been near-suicidal and still wasn’t sure I wanted to keep living if this new reality was going to be the way it was from that day forward. Suddenly, the world didn’t look anything like what I thought it was supposed to be.

I chose not to receive ashes that night because I felt like I already was marked in a way I did not choose. I didn’t need a mark on my forehead to remind me that life is fragile.

When the service ended, everyone left the room but me. I could not move. All I could do was sob – violently. Pew-shaking, break-a-rib sobbing. I was undone.

In those moments, I sought to pray but could only rework the words of Scripture in an appeal to the promise of Jesus: “Holy Spirit, pray for me.” I could not form the right words to pray, the right appeal to make to God. And so I leaned on the promise that when we do not know the words to pray, the Holy Spirit intercedes on our behalf. That may have been one of the best prayers of my life.

“Sometimes we need to begin in the ashes. From there, we have nowhere to go but up.”

I was not healed that night. Nor was I healed a few months later when two friends gathered around me to anoint me with oil and pray over me. And over time, I found it harder and harder to pray. I became a pastor who had trouble praying.

Don’t get me wrong: I could still show up in your hospital room and pray with and for you. I could stand before a congregation on Sunday morning and pray with nuance and conviction. But I struggled – and struggle still – to pray for myself. It’s not that I’ve stopped believing; it’s just that I’m not sure what more I can say. And so I try to listen instead – which is harder than talking. One thing about Ash Wednesday is that it doesn’t stand alone. It’s a gateway to the season of Lent, which is in itself a way of understanding the whole of the gospel story. Around this time last year, I began to receive Communion in a new way and with a new attitude. Having been raised in a Southern Baptist church in Oklahoma, I never had learned to be sentimental about the Lord’s Supper; it was something we observed once a quarter on a Sunday night so that no one would confuse us with the Catholics and so that non-church members were less likely to be present. And thus, even as a pastor, I have been somewhat nonchalant about Communion. I often thought other people were a bit too mystical and misty about the whole thing.

Last year during Lent, receiving Communion became like a medical treatment for me. As I received the bread and the cup, I imagined that these very elements had the power to convey the healing I so desperately wanted. They became, to me, like divine pills filled with the grace of God. And in these moments, I found myself born anew. Not healed in the way I wanted, but yet hopeful.

“What if from this day we could tether ourselves to both Bethlehem and the Garden Tomb?”

By the time Advent rolled around last year, I was listening more carefully to the well-worn Christmas carols. And there, tucked in the third verse of “Hark, the Herald Angels Sing” was the message I needed. It had been there all along; I just hadn’t needed it this way before.

Quoting Malachi 4:2, the hymnist Charles Wesley says that Jesus is “ris’n with healing in his wings.” And for the first time, I could imagine that I, too, might be drawn out of the ashes on the wings of healing – out of the ashes that had left me sobbing uncontrollably nine months earlier.

I still don’t know what all this means. And some would point out that I’ve got the church year out of order. Technically, it begins with Advent and leads toward Lent and Easter and beyond, the natural life cycle of birth to death to rebirth.

But I think sometimes we need to begin in the ashes. From there, we have nowhere to go but up. What if Ash Wednesday were not a midpoint in the church year for us but instead a starting point? What if from the ashes we could look both backward and forward to see the mercy of God and the hope of redemption? What if from this day we could tether ourselves to both Bethlehem and the Garden Tomb?

If that were true, then when we are “sinking down, sinking down” we might find ourselves held in the healing wings of the wondrous love of God. Only from the ashes can we truly declare: “And when from death I’m free, I’ll sing on.”

Previous opinion on this topic:

Mark Wingfield | A tattoo that says, ‘Your story is not over’