Who does God want to win the Super Bowl? 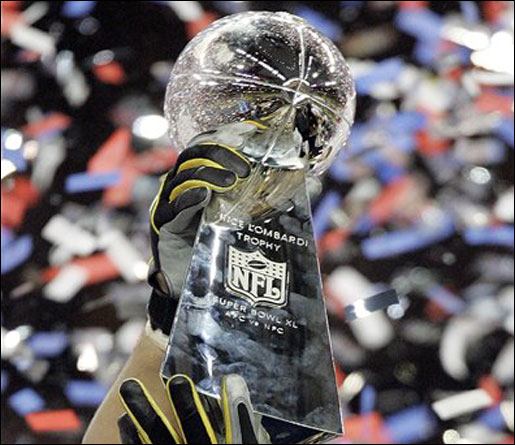 The topic of God and football have increasingly merged to together. Heisman Trophy winner Tim Tebow was famously criticized for appearing in an ad to be aired during a Super Bowl that was paid for by Focus on the Family, which promotes the Christian organization’s pro-life stance. Tebow was also known for biblical references to “John 3:16” and “Phil 4:13” on the eye black strips he uses to cut glare.

Just about every NFL team offers its members Bible study groups, chapel or worship services. Athletes in Action, a division of Campus Crusade for Christ, provides chaplains for numerous NFL teams. Tom Krattenmaker, in his book “Onward Christian Athletes: Turning Ballparks into Pulpits and Players into Preachers,” makes the case that public displays of faith are not spontaneous, but rather part of a large Christian presence in the professional ranks.

Some fans are offended by such displays of Christianity. Others may see these expressions of faith as disingenuous or showy or a way to garner support from a particular segment of the population. But if an individual player wishes to express thankfulness of God’s blessing there is nothing that prevents it as long as it does not violate the rules of the game or player policies.

I once gave the invocation prayer at the NFL Players Gala and James Brown Award show in Washington. Before I came to the event, I was under the impression that fame somehow watered down a player’s faith into something that was only spoken about when it benefited him. The change in my perspective came when Brian Dawkins of the Denver Broncos accepted the Byron “Whizzer” White Award, given to the player who most serves his team, community and country. “I am so very blessed to receive this award. I thank Jesus Christ for the gifts I have been given to play football and serve my community,” he said in front of players, coaches, celebrities and 1,000 people in the audience. Other players that evening expressed similar sentiments. I knew then that many strong Christians in the NFL have an authentic faith that goes beyond chest pounding, pointing to the sky after a touchdown, a 30-second commercial or post-game prayer at midfield.

Who does God want to win the Super Bowl? That’s a ridiculous question and a shallow way of looking at things.

I believe that God is interested in the game. Not in who wins, but how the players look to God for support. We have seen what happens to players who do not have a grounding in something greater than themselves. Too often, they turn to self-destructive ways to find meaning in life.

After the fans stop screaming, the parties stop rockin’ and the money stops flowing, what does a celebrity have? Hopefully, friends and family, but more importantly faith in God, which sustains players through heartache, injury and personal failure. Believing in a higher purpose helps players cope with defeat on the field and helps them celebrate the win.