Who is Jesus Christ for us today?

Deep and terrible divisions wrack American society. Sober observers are concerned that the sporadic protests and counterprotests, the riots and gun-toting militias we have spotted this summer could give way to intensified nationwide civil strife this late fall if the legitimacy of the election is challenged or the winner is not acknowledged by all.

If that happens, self-identified Christians will be found on both sides of the barricades. Christians might well kill each other in the name of all that is right and just, even in the name of Jesus — and not for the first time. 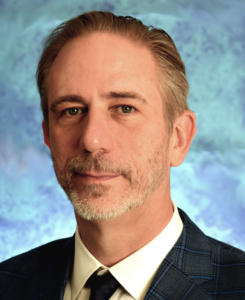 Many smart social scientists have sought to account for the terrifying gulf that has opened between Americans. Some have attempted to understand why Christians do not seem to have any immunity against the virus of social division. Elements of the Christian faith that one might hope would offer such an immunity have utterly failed to do so. If they will know we are Christians by our love, well … If all Scripture is inspired of God, well … If the church is one, holy, catholic, and apostolic, well … None of it is preventing Red Christians and Blue Christians from mutual incomprehension, division and contempt.

I believe one of the underestimated sources of the division among Christians is division about Jesus. Of course, all Christians say they believe in Jesus. But I am quite sure that the Jesus all Christians believe in is not the same person. In other words, there are different working versions of Jesus in circulation. This is not a new problem. But it has not received proper attention from Christians themselves.

In 1944, while in a Nazi prison, German pastor and theologian Dietrich Bonhoeffer asked a question that became famous among aficionados of his writing. In a slightly adapted form, it is the title of this essay: “Who is Jesus Christ for us today?” Thus began his searching new reflections on the meaning of Christianity in the context of a world at war, a nation committing genocide, and a German church that had in large measure surrendered itself to Adolf Hitler.

It was not a new question for Bonhoeffer. He was clear from 1933 that any church that had any idea of who Jesus is could have no cooperation with a man like Hitler and a movement like Nazism. In various ways, Bonhoeffer zeroed in on the centrality of Christ and on Nazism as a seductive antichrist ideology. It was Christ or Hitler; you couldn’t follow both.

“If the Nazis understood that no one could follow both Hitler and Christ, how come more Christians couldn’t grasp the same thing?”

Even while attempting to seduce Christians with God-talk and conservative slogans, Nazi leaders privately said the same thing. If the Nazis understood that no one could follow both Hitler and Christ, how come more Christians couldn’t grasp the same thing?

That ought to be very scary to all Christians. If our predecessors in the faith could not figure out that Jesus and Hitler were fundamentally incompatible, what does that say about them? What deadly mistakes might we also be making?

I have written a new book called After Evangelicalism. I claim that white American “evangelical” Christianity is fatally flawed, and probably has been from the beginning of its modern incarnation in the 1940s. It certainly has become a carrier of theological and moral beliefs and practices that fall far short of the way of Jesus, that deeply harm specific groups of people, and that are driving many away from faith. My book both attempts to diagnose what has gone wrong and to propose better ways forward for a post-evangelical Christianity.

In thinking through these issues, I make my way to the question of Jesus. I explore who Jesus is for white American evangelical Christians, in contrast with who he is in Scripture itself.

I suggest that white evangelical Christianity has produced four flawed versions of Jesus. Which version is presented in various churches depends a lot on who the preacher is and how local traditions develop; and undoubtedly sometimes multiple versions of Jesus are presented in one church.

Jesus the Crucified Savior. The primary function of this Jesus is to come into this dark world to die on the cross so that we believers might be forgiven our sins and go to heaven when we die.

This was the primary version of Jesus I was first exposed to in Southern Baptist Christianity. Jesus loves you and died on the cross for your sins. This Jesus can easily be rooted in the New Testament, although not mainly in the synoptic Gospels. Paul’s writings are a central source of this vision of Jesus, as is John’s Gospel.

This is a defensible Jesus, in New Testament terms. But there is a lot missed with this version of Jesus. Specifically, this Jesus has no necessary moral content. He doesn’t really ask anything of believers other than belief. He doesn’t really care about anything other than eternal salvation. This Jesus can produce churches filled with people who believe they are saved but have no particular idea about whether Jesus has anything to say about how we live now. This means we will need to look elsewhere for guidelines for personal and social morality. “Elsewhere” is dangerous territory.

Hallmark Christmas Movie Jesus. This is the kind, attentive, ruggedly handsome guy we sing about sometimes. This is the Jesus whom we ask to “hold me,” one who is there “when I am weak and he is strong,” and “when I am down, he lifts me up.” This Jesus is the best (platonic) boyfriend or bro-friend I could possibly have, the one who is there for me all the time, my comfort and encourager. He also runs a really nice Christmas-related operation, so that’s a plus. (This is a joke about Hallmark Christmas movies, which always feature a lonely guy in a cute small town who runs something like a mistletoe shop or candy cane store and just needs a good wife.)

This is a highly sentimentalized Jesus, whose main role is our emotional stabilization in a trying world. This is a Jesus who again doesn’t make moral demands. He doesn’t help me think about what faith requires in action. He just wants to comfort me and look good in flannel.

I see little contact between this Jesus and the New Testament. This is also not a Jesus who could help me understand why I can’t follow Hitler and Jesus at the same time.

Vacant Jesus — Fillable with Any Content We Want. This Jesus, having been distanced so profoundly from his Jewish roots, his account of himself and any New Testament depictions, is a mere shell, symbol or totem. This is a Jesus always available to be filled with whatever content we might like to drop in there.

The way you get to this Jesus is by systematically ignoring the Jesus one meets in the Gospels. Or, if he is not ignored, we find ways to evade what he said, to thin down his theological vision and moral demands as far as possible, to shave away anything that might make a claim on us.

“Vacant Jesus is not just useless. He can be positively harmful.”

This Vacant Jesus is not just useless. He can be positively harmful. This can be the Jesus of the KKK, the Race God Savior of My People Only, #MAGA Jesus or Football Jesus or Corporate Jesus or Straight White American Jesus. Vacant Jesus is always available to be the totem of my tribe, my class, my race, my party, providing ultimate religious justification for whatever I most strongly believe in.

The most dangerous thing about Vacant Jesus is that we can deploy him to reverse the actual demands of the real Jesus.

Jesus according to Jesus

For my book, I decided to see what New Testament scholars are right now saying about Jesus. I turned to a British scholar named James Dunn, a highly respected scholar who died just after I finished the book.

In the last book Dunn ever wrote, which is called Jesus According to the New Testament, he acknowledges that the New Testament offers various pictures of Jesus — although none of them are Hallmark Jesus, Success Jesus or Vacant Jesus. He zeroes in on what he calls “Jesus according to Jesus” — the core depiction of Jesus himself as presented in the synoptic Gospels. This very core Jesus, the most basic Jesus, looked like this:

Take a second and consider this list against the background of the four evangelical Jesuses I started with. Might you join me in finding it a little troubling that there are few points of contact between any of those evangelical Jesuses and the accounts of Jesus that we have just reviewed?

Who is Jesus Christ for us today?

Let me close by suggesting there are really three broad options in how we understand Jesus.

There is Jesus-according-to-Jesus, seen in the very first layer of Christian tradition. The Jesus who preached the kingdom of God. The radical, apocalyptic, healing, prophetic Jesus. The Jesus who opposed the authorities of his time in radical love for the poor, sinners, Gentiles, women, children, all who are oppressed, which took him all the way to the cross. This Jesus asked not only for belief but for imitation and obedience of his way of life, filled with specific moral content, and moral demand.

“Jesus asked not only for belief but for imitation and obedience of his way of life.”

Then there is Crucified Savior Jesus, visible in the New Testament but somewhat distant from the synoptic Gospels. This is Jesus who dies an atoning sacrificial death for human sin. This is certainly a biblically defensible vision, but one which largely misses the Jesus we meet in the synoptic Gospels and offers little guidance for life.

But finally, there’s the Jesus we Christians have pretty much just made up. Hallmark Jesus, Success Jesus, Vacant Jesus — so remote from Jesus, so alien from the New Testament, so easily made into a vessel of hellish ideologies or opiate complacency.

Any version of Christianity that loses the primal Jesus of the Gospels is at risk of moral emptiness, seduction and collapse.

I call for a fresh wind of study, preaching and discipleship recommitment to the Jesus we meet in the primal core of the synoptic Gospels. This is the prophetic, radical, just, powerful, defiant preacher of the dawning reign of God. The one who both tells us and shows us how to live. The one who makes it clear that we cannot serve both him and anyone else.

David Gushee is Distinguished University Professor of Christian Ethics and director of the Center for Theology and Public Life at Mercer University. He is the past-president of both the American Academy of Religion and Society of Christian Ethics. He is an author or editor of 25 books. His most recognized works include Righteous Gentiles of the Holocaust, Kingdom Ethics, The Sacredness of Human Life, and Changing Our Mind. He earned the Ph.D. from Union Seminary. He and his wife, Jeanie, live in Atlanta.