The conservative evangelical agenda to define any discussion with children of sexual orientation or gender identity as sexually perverse could become federal law if a group of Republican Congressmen get their way.

Rep. Mike Johnson, a Southern Baptist from Louisiana, and 32 other Republicans introduced the Stop the Sexualization of Children Act of 2022 in the House of Representatives Oct. 18. The bill is not expected to advance in the Democratically controlled House, but that could change if Republicans gain a majority in the midterm elections. It mirrors, and expands upon, restrictive policies that have been advocated in local school districts, cities and states. That has been part of a coordinated national effort by several advocacy groups linked to far-right Republican politics and conservative evangelicals.

While the introduction to the bill might seem benign and agreeable to all — “to prohibit the use of federal funds to develop, implement, facilitate or fund any sexually oriented program, event or literature for children under the age of 10” — it is the definition of “sexually oriented” that is highly controversial.

The bill defines “sexually oriented” as “any depiction, description or simulation of sexual activity, any lewd or lascivious depiction or description of human genitals, or any topic involving gender identity, gender dysphoria, transgenderism, sexual orientation or related subjects.”

In other words, any discussion of sexual activity, gender identity, gender dysphoria or sexual orientation would be linked negatively to sexual activity. This would affect sex education programs — which many conservative parents already oppose — and any discussion of LGBTQ identity. Most children who identify as transgender report their first awareness of gender dysphoria when they are 3 to 7 years old, meaning no public resources could be made available to them and their families. 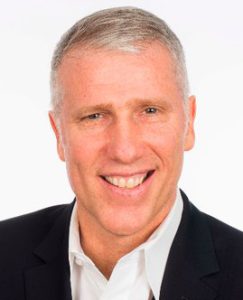 “Our representatives take a sacred oath to defend the rights of all their constituents. But under the guise of religious freedom, the Religious Right and its elected allies are waging a relentless campaign to intimidate LGBTQ children, parents and educators. Fortunately, these efforts do not represent the vast majority of Americans, both religious and nonreligious, who believe in the inherent equality of all people, including the LGBTQ community.

“Under the guise of religious freedom, the Religious Right and its elected allies are waging a relentless campaign to intimidate LGBTQ children, parents and educators.”

“While this legislation is most certainly a cynical ploy ahead of the midterms, the damage inflicted upon LGBTQ people is immediate and heartbreaking. Every person deserves to live without fear of discrimination, but the elected officials pushing this bill are trying to deprive teachers and young people of that fundamental right. As people of faith and conscience, our job is to remain unwavering in our support and love for the LGBTQ community.”

Texas Gov. Greg Abbott and Florida Gov. Ron DeSantis are among Republican state officials who have scored political points by going after transgender kids and gay kids. Abbott issued a directive calling age-appropriate medical support for transgender children “child abuse” and requiring agents of the state to investigate such parents. DeSantis supported a Florida bill dubbed by opponents as the “Don’t Say Gay” bill, because it restricts what public school teachers are allowed to say or discuss with children — similar to the new federal bill.

That’s why critics of the new Republican bill have called it a federal “Don’t Say Gay” bill, although some critics warn the federal ban would be more severe than what passed in Florida.

The legislation would apply to all federally funded facilities and programs, which would include public libraries, public schools, military bases and hospitals. It would prohibit schools from offering sex education or library books that include LGBTQ topics.

“Equating LGBTQ people to sexually explicit material is dehumanizing and disgusting. Let’s call this what it is, a national ‘Don’t Say Gay’ bill,” tweeted Alejandra Caraballo, a clinical instructor at Harvard Law School’s Cyberlaw Clinic and a transgender-rights advocate.

Rep. Johnson — a third-term Congressman from Bossier City, where he is a member of First Baptist Church — claims his bill is “commonsense” legislation.

“The Democrat Party and their cultural allies are on a misguided crusade to immerse young children in sexual imagery and radical gender ideology.”

“The Democrat Party and their cultural allies are on a misguided crusade to immerse young children in sexual imagery and radical gender ideology,” Johnson said. “This commonsense bill is straightforward. No federal tax dollars should go to any federal, state or local government agencies, or private organizations that intentionally expose children under 10 years of age to sexually explicit material.”