A Matrix Thanksgiving: The red pill, the blue pill or… ?

When I was in seminary in the early 1990s, Mount Pinatubo erupted, devastating Luzon, the largest and most populated island in the Philippines. In the 1980s, I twice had served as a summer missionary on Luzon and had passed the massive volcano both times.

In July 1990, exactly one year after my second trip, a major earthquake rocked the northern part of the island. The Baguio Hyatt Terraces Hotel, where I had eaten on two occasions, collapsed, killing more than 50 people. 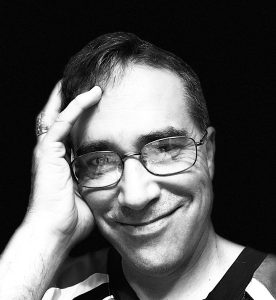 That was my first clear awareness of my mortality. If that earthquake had been a year earlier, my father, sister and I could have been killed.

A year later, Mount Pinatubo’s eruption rained down boulders and lava on the island, immediately killing more than 350 people, then causing hundreds more domino-effect deaths and even worldwide climate impacts.

A Baptist denominational news account at the time reported that during evacuation, a missionary family was in line in traffic and a boulder landed on a car behind them, killing one or more Filipinos in that vehicle. As I recall, one of the missionaries was quoted as saying something like, “We’re thankful God protected us.”

I cringed when I read that statement. Later that week, in Introduction to Theology class with the late Frank Tupper, he referenced that news article and asked, “Why did God not protect those crushed by the boulder? Because they had brown skin?”

Since that time, I have wrestled with how to be thankful without implying that God somehow cares especially for me but less for others. My atheist friends handle that by saying there is no God, and life is just a matter of random luck versus misfortune. The theological issue of theodicy (how a loving God allows tragedy) will not be resolved by this essay. I’m not sure it can be resolved to any honest person’s complete satisfaction.

“I have wrestled with how to be thankful without implying that God somehow cares especially for me but less for others.”

However, another of my seminary theology professors, William Hendricks, said in class something to this effect: “There is nothing wrong with asking, ‘Why?’ But eventually we run into a dead end where there is no good answer. At some point we have to be beyond asking ‘Why?’ and ask, ‘What now?’”

After tragedy, one aspect of answering “What now?” involves the issue of being thankful. How we express thanks can send subtle, sometimes awkward messages. For example, when that missionary said, “We’re just thankful God protected us,” it implied God had not protected the Filipino family. It implied the surviving family was protected because they were missionaries and/or white Americans. But does the fact the one family survived necessarily mean it was because God was protecting them? Might it have just been random luck? If so, how do we give thanks?

Some might think the suggestion of random luck is callous, even sacrilegious. Yeah, that’s pretty much the way the Sadducees and Pharisees reacted to Jesus when he described the randomness of tragedy.

Luke 13:1-5 reports that Jesus said Galileans killed by the Romans and those killed by the collapse of the tower of Siloam were no worse than anyone else and the survivors not better than anyone else. Thus, any goodness in the survivors was not the reason for their physical survival — although Jesus warned of the spiritual destructiveness of unrighteousness. So, echoing the book of Job, Jesus affirmed the gist of that two-word bumper sticker many Christians find crude but which speaks uncomfortable truth. You know the bumper sticker. Manure occurs.

“How do I balance the stark reality of others’ pain with my thankfulness in general and at Thanksgiving in particular?”

That being the case, what does it mean to be thankful? I mean, if I don’t get crushed by a boulder, I’m going to be relieved — even if I might have survivor’s guilt that the person behind me was crushed. How do I balance the stark reality of others’ pain with my thankfulness in general and at Thanksgiving in particular?

This question is haunting me this Thanksgiving season.

In September, just before Hurricane Ian, I spent a week of vacation at a Florida beach. I drove back home with frequent stops that stretched a nine-hour trip to more than 12 hours. When I got out of my car, my legs were extremely stiff — well beyond what would be normally expected from the hour and a half since the last stop. The next day, after a day of online counseling, I started to stand but noticed severe pain in my bare feet. I looked down, and my ankles were huge. I wrestled with whether to go to the emergency room but, after a trip to the internet, decided just to sleep with my feet elevated.

The next morning my doctor was visibly concerned, thinking I might have blood clots from sitting during my long drive. I was sent for a stat ultrasound that wasn’t available for a few hours. That made for a disconcerting wait. However, the procedure found no blood clots. I was greatly relieved to be diagnosed with cellulitis and given a prescription for an antibiotic.

Since the swelling had gone down after elevating my legs the night before, I almost didn’t fill the prescription, but I decided to err on the side of caution. I opened the bottle to discover a red-gelatin-looking tablet that reminded me of the red pills from the movie The Matrix, where the blue pill kept folks in ignorant bliss, while the red pill revealed reality. I laughed as I said, “I want reality.”

Later, a friend whom I had told about my diagnosis texted me a link to a website about cellulitis. One phrase jumped off the page: “potentially fatal if left untreated.”

What!? How did I get a potentially fatal infection? I had been alone for a week. One morning on the beach, for at least three miles in both directions, I couldn’t see another person. I read on.

“The infection typically enters through puncture wounds.” Puncture wounds? Could it be? Nah, surely not? It hadn’t even drawn blood as far as I could see, but — come to think of it — I hadn’t really looked at the bottoms of my feet when I hurt them. On the next to last day, I had decided to set my camera bag on a vine-covered dune out of reach of the incoming tide. I had not realized the vines bore sand spurs. Barefooted, I heavily stepped on a needle-sharp sand spur with my right foot. Reflexively, I leapt in the air and came down on a spur with my left foot.

It is humbling to think that without antibiotics I might be dead now. But I’m not dead. I’m alive. I’m healthy. I’m joyful. And I’m thankful.

To say I am thankful I got antibiotics is not to say, “Stinks for you” to those who didn’t. If I say thanks to God for antibiotics, it might sound like God gave me the antibiotics while not giving them to those with less access to medical care.

“My good fortune was not based on God’s favor for me in particular.”

But I would not want to say, “I’m thankful God protected me,” because I don’t think God specifically protected me. I believe God — a supreme power beyond my comprehension — created a world where the rain falls on the just and the unjust. I happened to be in the right place at the right time, and I have a spirit of gratitude about that, but it is tempered with awareness that others were not so fortunate, and my good fortune was not based on God’s favor for me in particular.

In the biblical accounts of the feeding the multitude, Matthew 15, Mark 8 and John 6 report that after collecting the available fish and bread from those with food, Jesus broke them after giving thanks. Sadly, we don’t have the wording of that thanks. Did Jesus thank the donors of the loaves and fishes? Did he thank God? The latter is the common assumption.

But if so, what was his wording? There is a significant difference between “God, we thank you for giving us this food” versus “God, we are thankful for food, help us not to take it for granted but remember those who don’t have food by being generous to them just as we have benefitted by those whose food we will now share.”

Remember, the whole point of the story of the feeding of the multitude is that those who had food surrendered all they had, not knowing it would come back to them, and everyone was fed.

We live in a world where there is plenty of food for everyone. But we have a sharing and distribution problem — often bogged down in a fear of created unhealthy dependency, a fear that must be met with not “flight” or “freeze” but “fight.” We live in a world where basic medical care is not universally available to our global village. I’m writing that last sentence out of my gratitude that I have access to superior medical care. The least I can do is use my life to try to share my good fortune just like the people who shared their loaves and fishes with those who had none.

Over the years, I’ve had several counseling clients and even parishioners who identified themselves as nihilists. They saw life as bleak and meaningless, and they felt bleak and meaningless. They had “taken the red pill,” and the reality of the unfairness of life was bitter. They didn’t want to say, “I just don’t think about it.” Yet, thinking of life so cynically was bogging them down in depressive despair. Discovering they could be simultaneously thankful for their good fortune and angry about injustice and motivated to take action helped them into joy and transformative service.

A few weeks ago, I could have died, possibly from the mundane act of stepping on two small pods and then wading in the ocean. Over the last few years, were it not for vaccines and boosters — and good luck — I might have died of COVID, like so many tragically have.

“I must be boldly generous and promote a society that is radically and constructively generous for those upon whose drought the rain has not yet fallen and will not without our building aqueducts.”

I am thankful for a world with people with the intelligence to make effective antibiotics — the literal red pill that healed my body. I am thankful for the figurative red pill that makes me aware of the reality others are suffering. My thankfulness must follow through from attitude to action. I must be boldly generous and promote a society that is radically and constructively generous for those upon whose drought the rain has not yet fallen and will not without our building aqueducts.

It turns out The Matrix offered us a false dichotomy between awareness of reality or ignorant bliss. There is third option: a purple pill. This pill combines the reality of the red pill with the comfort of the blue — but a blue pill that is rooted not in ignorance but hope and courage and generosity. Thus, we can give thanks for our good fortune to be able to go on sharing and bringing comfort to others in a world of harsh realities.

Brad Bull is a movie fanatic in Cookeville, Tenn. and is thankful for antibiotics. He has served as a minister and university professor of developmental psychology and counseling. He is a licensed marriage and family therapist, author and speaker based at his website DrBradBull.com.