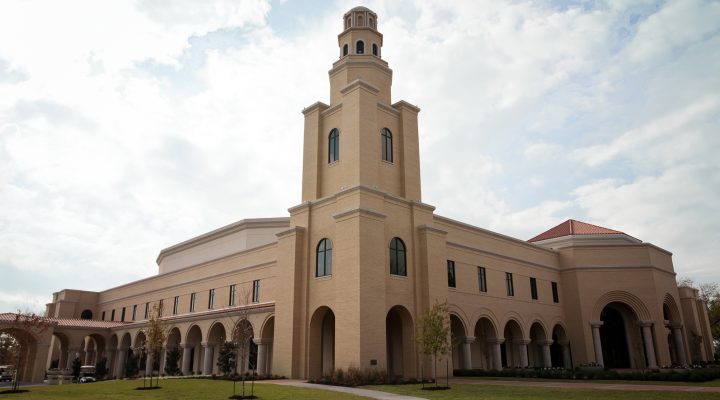 Behind the numbers: How Southwestern Seminary’s enrollment came to be the lowest it has been since World War II

When news broke last month about the sudden resignation of Adam Greenway as president of Southwestern Baptist Theological Seminary, many Southern Baptist Convention observers and alumni of the Fort Worth, Texas, seminary were surprised to learn how small the school is today.

What once was the world’s largest theological seminary now is the fifth largest of the six Southern Baptist Convention seminaries.

What once was the world’s largest theological seminary now is the fifth largest of the six Southern Baptist Convention seminaries.

But that stunning fall from prominence has not happened overnight. It has been a 30-year slide that outpaces national downward trends in theological education.

Among all member schools of the Association of Theological Schools in the United States, total reported Full Time Equivalent enrollment for 2021 was 45,384 — down only slightly from the 46,553 reported in 2003. Nationwide, on average, there has been a slight uptick in seminary enrollment since 2019. Dallas Theological Seminary, for example, has reported several years of record growth in enrollment. However, more schools have reported enrollment drops than increases over the past two decades.

What has happened at Southwestern — almost silently — is among the worst of the worst-case scenarios.

To understand the dramatic decline in enrollment at Southwestern Seminary, consider the most essential degree offered by a seminary, the master of divinity degree.

For the 1992-1993 academic year — the year before fundamentalist trustees fired Russell Dilday as Southwestern’s president — Southwestern reported an enrollment of 1,486 students in its M.Div. program. By the 2020-2021 academic year, that number had dropped to 281.

That 81% drop in M.Div enrollment paints an even more dire picture than what is shown by comparing total FTE enrollment figures over the past 30 years. Were it not for the addition of other degree programs and an undergraduate college, Southwestern today would be only a shadow of its former glory.

Yet despite the addition of degree programs and an undergraduate college, Southwestern’s FTE enrollment as reported to the SBC has declined from 3,129 in the 1992-1993 academic year to 944 in the 2020-2021 academic year. That is a 70% drop.

Southwestern’s financial support from the SBC Cooperative Program is less today than it was 30 years ago.

One practical implication of this shift is that, according to the funding formula that makes allocations based on a three-year FTE rolling average, Southwestern’s financial support from the SBC Cooperative Program is less today than it was 30 years ago.

The $6,640,421 in Cooperative Program funding allocation Southwestern received in 2021-2022 compares to $8,282,656 received in 1992-1993. Despite 30 years of inflation in costs of doing business, Southwestern last year received $1.6 million less in Cooperative Program funding allocation than it did 30 years ago. (Note: There is a difference between allocation and distribution, since some entities receive additional designated contributions.) A BNG analysis of enrollment and Cooperative Program funding publicly available in the SBC Book of Reports illustrates the inverse relationship between the two schools. The breaking point occurred in 2004, when for the first time in decades Southern Seminary reported a larger enrollment than Southwestern.

After Hemphill was pressured out of the post in 2003, to be replaced by Paige Patterson, the enrollment decline picked up steam.

Southwestern’s enrollment took a hit after Dilday was fired in 1994 but bounced back under the genial leadership of Ken Hemphill, who succeeded him. But after Hemphill was pressured out of the post in 2003, to be replaced by Paige Patterson, the enrollment decline picked up steam.

Patterson is a flamboyant character who played a pivotal role in the SBC’s so-called “conservative resurgence” that led to Dilday’s firing in 1994 and saw conservatives take control of the entire denominational apparatus. One of their warnings was that the traditionalists — whom they called “liberals” but who called themselves “moderates” — were stunting the growth of seminaries and churches. The answer for the SBC to buck national trends in church membership and seminary enrollment was to return to a literal interpretation of the Bible as inerrant, they said. While the denomination as a whole has experienced the same declines as all American churches have known, Southern Seminary managed to counter the trends and grow, while Southwestern shrank even faster than the national decline.

Southern Seminary has had one president in the past 30 years; Southwestern has had four — and all four have been fired or pressured out of office for different reasons.

Also, Southwestern has faced stiff competition from both sides of the theological aisle, with the growth of Dallas Theological Seminary just 30 miles away and of George W. Truett Seminary at Baylor University just 90 miles away in Waco, Texas. DTS appeals to the conservative evangelical pastor, while Truett appeals to more centrist pastors. Both have become significant influences in Texas churches.

What has not been widely understood is that under Patterson’s leadership, Southwestern Seminary’s FTE enrollment dropped 53%. Ironically, the man who led the charge to revitalize the SBC through conservative leadership presided over the greatest shrinkage of enrollment in SBC seminary history.

Patterson masked that dramatic decline in enrollment with major building renovations and additions and faculty hiring, typically signs of a growing school. Southwestern built a conference center and hotel and a 3,500-seat chapel — a room that can hold three times the enrollment of students there today. MacGorman Chapel was intended to replace the 1,090-seat Truett Auditorium that had served the seminary through its peak enrollment years. The same firm that built AT&T Stadium, the high-tech home of the Dallas Cowboys in nearby Arlington, Texas, built MacGorman Chapel.

When Southwestern trustees hired Greenway as president in 2019, they charged him with reversing the enrollment declines and overspending of the Patterson era. Three years later, he had been unable to do either.

Rather than reversing the enrollment decline, Greenway presided over its continuing decline. Southwestern’s enrollment today is lower than it has been at any time since World War II.

The financial situation remains unclear, as auditors are reportedly conducting a full evaluation of the seminary’s books to ascertain the true picture. According to inside sources, that likely includes a current operating deficit of at least $6 million.