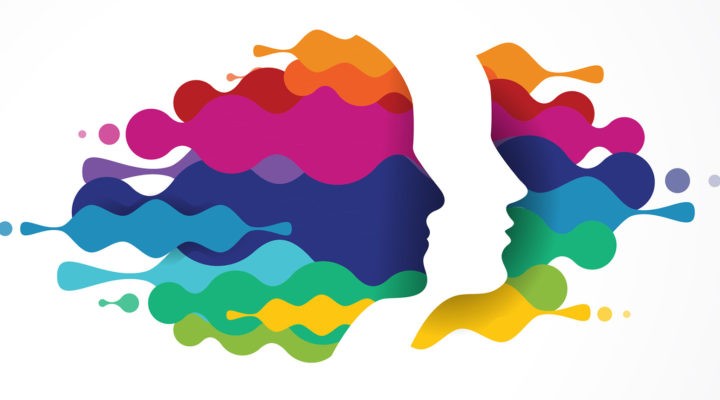 In praise of soul competency and actively open-minded thinking

What people believe about whether or not beliefs and opinions should change with evidence plays a significant role in the likelihood they will accept or reject conspiracy theories, paranormal and religious claims, traditional moral values, conservative economic ideas, and science, according to recent research.

On the other hand, people who strongly hold religious beliefs may often be deeply opposed to revising these beliefs. Additionally, conservatives are much less willing to change their beliefs based on evidence than other factors, particularly the influence of social groups.

Research also suggests that polarization and social group thinking compromise the ability to observe and report truthfully what is observed. They also lead to fact resistance and an us-vs.-them mindset.

These findings offer interesting food for thought in light of the past five years or so.

I imagine for many of us this might clarify that Thanksgiving dinner last fall when we rolled out all the horrific things Donald Trump had done, and then Great Aunt Marjorie called it “fake news.” Or it may explain the reason every evening on the nightly news there’s yet another tearful interviewee explaining how they didn’t think they needed the coronavirus vaccination until they ended up on a respirator.

I understand the draw of certainty, the need to feel you’re right, the difficulty of letting go of a cherished belief, especially for religious people who believe the stakes are as high as where someone will spend eternity. I grew up in a fundamentalist Southern Baptist church.

Back then, however, I still heard a message of historic Baptist identity — the primacy of the individual conscience before God. “Think for yourself,” they told me, always assuming that I’d still end up in the same place they were.

“Within soul competency is room for actively open-minded thinking and God’s ongoing revelation to each of us.”

For me, a liberal arts education and a moderate seminary experience gave me space, in fact, forced me into spaces, to ask hard questions, look at evidence, and come to tentative conclusions that were open to change with new evidence.

One of the dividing lines among Baptists these days, I think, is the weight given to the significance and practice of soul competency, the ability for each person to relate directly to God and to make moral choices for themselves. Within soul competency is room for actively open-minded thinking and God’s ongoing revelation to each of us. We have space and responsibility to look at the evidence and to be open to change our minds, even, and perhaps especially, about religious matters.

Thinking we already have all the right answers is dangerous, especially when religion and politics mix. Recall the Inquisition, the witch-burnings, religious wars, and the pathologizing and criminalizing of LGBTQ people that led to everything from imprisonment to electric shock treatments to conversion therapy.

Now we see its danger in a pandemic that continues to surge in unvaccinated areas. Those areas also align with high concentrations of white evangelicals, one of the most vaccine-hesitant groups in the nation. While a June PRRI report showed a slight improvement in vaccine acceptance among white evangelicals, the problem remains that this population has become so resistant to actively open-minded thinking that they have put themselves and others at risk of a deadly virus. In fact, the past few years have shown us an inclination to embrace disinformation, rather than evidence, as long as it reinforces existing political and religious beliefs.

My takeaway from all of this is that churches need to start putting more emphasis on actively open-minded thinking, encouraging participants to weigh evidence, evaluate credibility, use reason, and be open to changing their minds based on what they find. Most churches, I think, have placed too much emphasis on certainty and not enough on ambiguity.

In our book, Intersectional Theology: An Introductory Guide, Grace Ji-Sun Kim and I call for a kaleidoscopic theology, one that holds multiple and often competing ideas in mind at the same time. This kind of thinking demands a certain humility about how limited our scope of knowledge really is and how, at best, our conclusions are partial, limited and tentative.

When I went to Southern Baptist Theological Seminary in 1982, I was thoroughly versed in premillennial dispensationalism. I believed in a rapture, when Jesus would return in the air and take Christians away from the earth. After seven horrible years of Tribulation, the Second Coming of Jesus with his saints would usher in the Millennium following the Battle of Armageddon. At the end of the thousand-year reign would come the Great White Throne judgment leading into eternity.

I started seminary mid-year. So I took the second half of New Testament with Jim Blevins. I clearly remember the day he told us that the word “rapture” is not in the Bible or in Christian theology before the 19th century when John Darby began to teach the idea, which was picked up by C.I. Scofield in his reference Bible (the one I read completely through year after year from the time I was 12 until I was 21).

I was Saul on the road to Damascus! The proverbial scales fell from my eyes, and a whole new world of thinking about my faith opened up to me.

“We are now clearly seeing the costs of refusing to examine evidence and be open to change.”

But that only happened because I believed beliefs should change based on clear evidence, and Jim Blevins had given me clear evidence.

We are now clearly seeing the costs of refusing to examine evidence and be open to change. And not all vaccine hesitance and closed-mindedness is on the Right. We all need to develop our skills in actively open-minded thinking, and churches need to help by creating educational and worship spaces that encourage inquiry, reason, evidence and openness.