To resist is not enough; as Christians we are called to do more 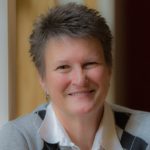 Recently a student visited me during office hours. She was just finishing her first year in college and was thinking about a major in women, gender and sexuality studies. She had taken several WGSS classes during the year, but she was concerned.

“I don’t know if I can do this, Susan,” she explained. “With everything I’m learning, I’m just angry all the time.”

“Katie,” I replied, “if you were learning all of these things and weren’t angry, I’d be worried about you. Now, the question is: what will you do with your anger?”

Not long ago, a friend’s son told her, “Susan is really a happy person unless she’s morally outraged.” That may have been the most apt description of me ever!

These days American Christians have a lot to be outraged about as we watch the forces of white nationalism, misogyny, homophobia, transphobia, antisemitism, Islamophobia, nativism and classism grip our social, political, economic and religious institutions. Particularly baffling and enraging is the enthusiastic support of a segment of white evangelicals for a movement that has separated children from parents at the border, enabled sexual abusers, undermined the safety net for the poor and emboldened hate and violence, often in the guise of religious conviction.

“We are never in this alone. But we are playing the long game.”

No wonder many of us walk around in despair and rage.

Korean minjung theologians speak of han, the deep and abiding suffering that persists as a result of unresolved injustice. My friend, theologian Grace Ji-Sun Kim, says han is a “deep piercing of the heart” due to unjust systems. Right now, I believe our faith communities are overwhelmed by han. We are suffering as black men are killed with impunity by police, as transgender women of color are murdered, as LGBTQ people are denied full civil rights, as white nationalists evoke stereotypes of Jews and Mexicans and Blacks and Muslims, as climate change is denied even as fire and flood and hurricanes rage as if from some apocalyptic vision. We have seen the scandal of sexual abuse among Baptists and the continuing marginalization of women in leadership and the exclusion of LGBTQ people.

In the dark night of the soul, when the eyes attune to the darkness, the smallest spark of light becomes visible. Only in totality can we see the sun’s aurora or learn that gravity bends light. In the darkness of these times, we can find those tiniest rays of hope, bent by the powers of destruction and bigotry anred war, but light nonetheless. And we can find a still, small voice in the din of division.

When the prophet Elijah flees from Jezebel in a self-pitying fit, he complains that he was the only one left who was faithful. But when God comes in that still, small voice, God tells Elijah, “I still have 7,000 faithful followers who have not bowed down to Baal.”

“Our task is not only to proclaim truth in the face of falsehood but also to offer compassion to those for whom truth has been eclipsed.”

We are not in this alone. We are never in this alone. But we are playing the long game. We may not see the Promised Land, but we continue to hold onto its promise. And in this in-between space of conflict and despair, we remember that doing right is its own reward. We resist evil and oppression in this place where faith is the substance of things hoped for, the evidence of things not seen.

We are not without hope, even in the midst of crisis, disaster and even defeat. Other faithful people struggle with us, and God is with us in the struggle. Perhaps, then, the real struggle is to hold onto hope as we fight for justice and peace with love and without violence, trusting with Martin Luther King Jr. that the arc of the moral universe is long but bends toward justice.

It is not enough for us only to resist. We must do more.

There is a Jewish midrash on Elijah’s story in the form of a dialogue:

Elijah: The Israelites have broken God’s covenant
God: Is it then your covenant?
Elijah: They have torn down Your altars
God: But were they your altars?
Elijah: They have put Your prophets to the sword
God: But you are alive.
Elijah: I alone am left
God: Instead of hurling accusations against Israel, should you not have pleaded their cause?

In the midrash, Elijah claims the high moral ground. He is the one who speaks for God. But God shows him that God is not found in dramatic confrontation, not in the wind or the earthquake or the fire, but in the still, small voice.

A Jewish interpreter of this scripture passage and midrash explains, “In turbulent times, there is an almost overwhelming temptation for religious leaders to be confrontational.  Not only must truth be proclaimed but falsehood must be denounced. Choices must be set out as stark divisions. Not to condemn is to condone.”

He continues, “But the midrash . . . set[s] before us another model. A prophet hears not one imperative but two: guidance and compassion, a love of truth and an abiding solidarity with those for whom that truth has become eclipsed. To preserve tradition and at the same time defend those others condemn is the difficult, necessary task of religious leadership in an unreligious age.”

In other words, the midrash suggests that our task is not only to proclaim truth in the face of falsehood but also to offer compassion to those for whom truth has been eclipsed. Ending han must also involve redeeming those who do injustice. God’s inclusive love is for all of us, oppressed and oppressor together, who must be reconciled through God’s redeeming work in and through us all.

“The real struggle is to hold onto hope as we fight for justice and peace with love and without violence.”

To me, part of what the midrash suggests is that we participate in ending our own han by opening our hearts, not closing them, by refusing to dehumanize those who dehumanize us, by imagining different relationships and working to be the people who embody God’s love even in the face of those who seem to us to have turned their backs on God.

So perhaps the answer to our despair in these hard times is not only resistance; it is also compassion – especially compassion for those whom we resist. We must resist and love at the same time. Perhaps this is how we find the love that passes all understanding. Perhaps this is how we learn to love our enemies as well as our neighbors. Perhaps the call for us is to hear God’s still, small voice, not only in our protests and our proclamations but also in the human possibilities of those whom we oppose.

This is a hard lesson. I think this is harder than resistance and outrage. But I am convinced this is the way to which we are called, the both/and of resistance and compassion. This is what sets us apart. Jesus said if you love your friend, so what. Everyone does that. But to love your enemy, now that is what makes children of God.

That’s the long game. We may not see it, but we hold onto a dream of a world where there is no more suffering, no more injustice, no more hate. That’s the prize, a world where God’s community has come and God’s will is done, where the lion lies down with the lamb, where we beat our swords into plowshares, where God wipes away all tears from our eyes, where we all hear and heed God’s still, small voice. Right now, these are especially hard times, but, we must, in the words of the civil rights song, “Keep [our] eyes on the prize. Hold on. Hold on.”