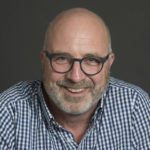 This is an important lesson for churches and denominational bodies to learn as they consider one of the most challenging questions of our time: how to address the inclusion of persons who are gay, lesbian, transgender or otherwise nonconforming to traditional roles. Taking up this question is not easy, but it is necessary.

And yet, most pastors and churches would rather talk about almost anything but human sexuality, and for good reason: “It’s just too hard.” “It’s too divisive.” “I’ll get fired.” “We’ll lose giving.” “We’ll lose members.”

We have seen this play out recently within the Cooperative Baptist Fellowship as it has sought to keep a diverse collection of churches within the fold while removing a blatantly discriminatory hiring policy. Our “denomi-network” has discovered it cannot lead congregations into a conversation they don’t want to have. The avoidance that appears to be a good life is actually only a substitute for an illusory easy life. And in this case, easy is not good.

What happens when you do have that conversation?

Our congregation went through 18 months of intense study, prayer and dialogue about LGBTQ inclusion, and we have the scars to show for it. And we would have had scars regardless of which way the decision went. But we are better for choosing the good over the easy.

Our decision to become fully inclusive of LGBTQ Christians caused us to lose about 270 members who had other church choices all over town — not easy for us. But the same decision caused us to gain about 135 members who wanted to be part of an inclusive congregation and had few other places to go — a good outcome for them and us.

If your congregation is willing to have this conversation, here are 10 things we learned that might be helpful to know:

1. Christians who oppose same-sex relations or same-gender marriage do not want to be considered bigots or uninformed. There is a sincere concern among those with nuanced positions that they not be perceived as hateful or uneducated. This is a sensitivity based on a desire to differentiate themselves from others who truly are more mean-spirited. The explanation usually goes like this: “I have gay friends. I have thought deeply about this issue and simply cannot accept same-sex marriage. But that is not a decision made out of hate.

2. Some people don’t want to talk about it at all. Having a discussion requires people willing to discuss. The issue of same-sex attraction has been made such a hot-button issue in the church for so long that for a portion of the church-going population there’s simply nothing to discuss. In some cases, people have erected barriers of their own to protect themselves against perceived sinful thought or action, and any discussion of that is automatically off-limits, like inviting an alcoholic to an open bar. Others carry a view of the Bible and their reading of it that allows no room for new information on most any topic. Certainly, this was the case for some congregations within CBF, who objected to any study of this topic.

3. Some don’t hear their unique views expressed in the discussion. In the rush to take sides on a divisive issue, a fair number of Christians feel like they have no voice. There are more than two sides to the question. These variations range from the extremely thoughtful to the oddly unlikely. An example on each side: One friend believes the church should allow gay deacons because a deacon body should represent the life of the church, where there are undoubtedly gay members. But this friend draws a line at ordaining gay ministers. Deacon ordinations and clergy ordinations are different. Another person explained that it should be OK to perform same-gender weddings in the church, so long as the couple promises never to have sexual relations. These are just two examples among dozens of variations I’ve heard.

4. It is important to discuss the actual issue and not use proxies for the issue. Because LGBTQ inclusion in the church is such a difficult topic, and because of the fears outlined above, the conversation sometimes falls to proxy debates to avoid the main difficult debate. These are diversionary tactics that must be labeled for what they are. For example, the conversation may easily get switched to what will happen to giving, missionaries, staff, tradition or community identity if such and such happens, rather than addressing “such and such” on its own merits. Finding ways to keep the conversation focused on the main issue will be more productive.

5. Marriage is the biggest sticking point. A significant population in the church wants to be welcoming to everyone in the life of the church — even in leadership roles — but wants to reserve church-sanctioned marriage for unions between a male and a female. Often this view is based on interpretations of biblical texts as well as the longstanding tradition of the church and marriage. It would be worthwhile for Christians to have more discussion about the history of marriage as an act of the state and of the church and to discuss the biblical texts related to marriage. Again, the language of what constitutes marriage is one of the biggest sticking points in the newly released implementation plan for CBF’s revised hiring policy. But who among us has done a thorough historical and biblical study of the rites of marriage?

6. Those who support same-gender marriage hear the “but” more than what precedes it. Regardless of how well-intentioned or kind those who want limitations may be, those within the LGBTQ community and those who support full inclusion can’t get past the limitations to hear the acceptance. For example, when a Christian says, “I love and support my LGBTQ friends, but I cannot support same-sex marriage,” the second part of the sentence drowns out the first part. This is the very heart of the problem with CBF’s new hiring policy and implementation plan. The hiring policy says we won’t discriminate but the implementation plan brings the “but.” Those within the LGBTQ community or with loved ones within the LGBTQ community cannot easily process this distinction that seemingly makes them feel like second-class citizens.

7. Beware of viral discontent. On any contentious issue within a church, it only takes one or two influential negative voices to sow seeds of discontent that can quickly take hold among their peers. These key influencers have the potential to hijack the course of the conversation, regardless of how well-thought-out it may have been, or even to shut down a healthy conversation.

8. There’s a lot of pain out there. Congregations that open themselves to full participation by those in the LGBTQ community are likely to begin hearing the other side of the story they have missed for so long, and that story includes a lot of hidden pain. Individuals and families who have faced exclusion but want to be part of a community of faith carry emotional and spiritual pain that cannot be simply washed away in a moment. We recently had a couple visit our church who drove 30 miles to get here. On the line of our guest card we ask, “Are you a member of another church?” They wrote: “Yes, but we were asked not to come back.”

9. Education is needed, but education may be perceived as an agenda. Here is one of the most vexing problems churches face in having healthy conversations about LGBTQ inclusion. Those with their minds immovably fixed against same-sex relations may perceive any attempt to study or learn about the issue as part of an agenda to become more inclusive. It is possible to learn more about the issue — and we all need to learn more than we know now — and not end up favoring full inclusion. A common complaint in churches that explore inclusion centers on “process.” Often, those who realize they cannot control the outcome criticize process. Here’s a key question to ask such a person: “What process can you envision that would be acceptable to you and yet allow a possible outcome that you would disagree with?”

10. What about a common sexual ethic? Churches seem much more willing to talk about the potential sex lives of LGBTQ persons than the actual sex lives of everyone else. If you don’t normally ask straight single adults if they’re celibate, why should you ask gay single adults if they are celibate? Who’s going to be the bedroom police on your church’s deacon nominating committee? Critics of LGBTQ inclusion in the church often talk about a “gay lifestyle” as a broad assumption that all people with same-sex attraction are living in promiscuity and debauchery. This assumption simply doesn’t ring true with many LGBTQ Christians who desire and often experience committed monogamous relationships. Same-sex oriented persons are not more likely to be promiscuous or unfaithful than opposite-sex oriented persons. One way forward, then, is to begin talking about a common sexual ethic in the church that calls all Christians to fidelity. This is problematic, however, if the church expects a standard of sexual relations only within marriage but does not acknowledge marriage as a reality for gay and lesbian Christians.

These are deep and difficult questions. They are not easy. But if a church is to have a good life, these are important questions to be brave enough to ask.